Election Day Is a Day for Prayer

Whatever happens on Election Day, on any Election Day, “we do not throw up our hands in despair or disinterest,” one pastor in McLean, Va., advised this weekend. We renew our devotion to conforming the world – by first and everyday our very lives – “with the true and the good. Since anything that is ordered and lovely is a target for the fallen angels, we also fall on our knees in prayer for our country and its government. We beg God to shed His grace on America and to mend her every flaw,” he wrote in the parish bulletin.

It’s for more than one parish in the Old Dominion state, of course. He focused on the cross and the flag. He writes (in full):

On the evening of the First Tuesday of November twenty years ago when I was living next door to St. John’s I was attending a graduate class in Sacraments at the then Notre Dame Institute. The professor was the inimitable Rev. Robert Ignatius Bradley, S.J. Father Bradley is one of those great professors whom you would like to teach every course. Before his lecture that day he addressed the gathering gloom on the faces of his students who were sad to see the presidential election turning out so lopsided. He directed the class’ attention to the two things that you will find in every classroom of every Catholic school in the United States of America: a crucifix and an American flag. The former embodies the promise of salvation to those who faithfully follow Jesus Christ, a promise which includes the guarantee that the Church will always exist and will prevail against the gates of hell. The later expresses the love we have for our land and our neighbors. It inspires men in combat. It causes us to pause before every major sporting event. But it is not the emblem of something that enjoys Divine Favor to endure no matter what. Our nation is fragile. One day it will not exist. As a consequence we do not throw up our hands in despair or disinterest. Rather, Christian patriotism demands devotion to our community, our Commonwealth and our country. It spurs us on to serve the polis and to try to influence public policy to be more and more in conformity with the true and the good. Since anything that is ordered and lovely is a target for the fallen angels, we also fall on our knees in prayer for our country and its government. We beg God to shed His grace on America and to mend her every flaw.

A Christian patriot is willing to die for those whom the flag represents. But a truly Christian patriot is not willing to risk salvation for the sake of an election. We need to pray for the many Catholics in public life who promote evil. These next few days we also need to pray for the many Catholics who do not reflect on the moral significance of their vote. As the Holy See stated in 2002 “a well-formed Christian conscience does not permit one to vote for a political program or an individual law which contradicts the fundamental contents of faith and moral …. When political activity comes up against moral principles that do not admit exception, compromise or derogation, the Catholic commitment becomes more evident and laden with responsibility. In the face of fundamental and inalienable ethical demands, Christians must recognize that what is at stake is the essence of the moral law, which concerns the integral good of the human person. This is the case with laws concerning abortion and euthanasia …. Such laws must defend the basic right to life from conception to natural death. In the same way, it is necessary to recall the duty to respect and protect the rights of the human embryo. Analogously, the family needs to be safeguarded and promoted, based on monogamous marriage between a man and a woman.” The document was signed by the then Cardinal Ratzinger.

I am humbled to see how many Catholics and other people of faith are praying for this election (with hours of adoration this weekend through Tuesday night, with 40 days, with novenas, with the Rosary, with a Fortnight): That Americans will take their civic responsibility seriously, as a moral responsibility; as an obligation to protect the rights of men and women, granted by God.

I don’t know what the election results will look like. But I see the Awakening upon us, Carl Anderson talks with me about here.

Whatever happens, let us pray, unceasingly. 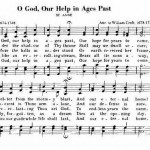 Catholic
Was Your Prayer a Failure?
Kathryn Lopez

Catholic
Why Does God Allow an Eight-Year-Old Boy to...
Kathryn Lopez
TRENDING AT PATHEOS Catholic