Marriage and the Supremes: What to Read

Marriage and the Supremes: What to Read June 26, 2013 Kathryn Jean Lopez

Some links around the web today:

The real argument for continuing to treat marriage as the union of a man and a woman is that marriage and marriage law exist to channel sexual behavior in a way that promotes the flourishing of children. They exist, that is, to solve a problem that does not arise in same-sex unions: that heterosexual sex often gives rise to children. They exist to uphold the ideal that children need the mother and father who created them to stay in a stable relationship together. Recognition of same-sex marriage means that the institution is no longer about those things.

There are, of course, coherent arguments against this view, and while we do not think them ultimately successful, an increasing number of people clearly disagree with our conclusion.

What should have mattered in court was that weighing that question is not their business. Justice Samuel Alito’s dissent got it right. “Same-sex marriage presents a highly emotional and important question of public policy — but not a difficult question of constitutional law,” he writes. The Constitution is neutral on whether governmental recognition of same-sex marriage will undermine the institution of marriage, strengthen it, or have no effect at all; it does not contemplate the question.

Five justices could not resist the temptation to pretend that the Constitution picks a side of this battle, and condemns the other — Scalia sees this plainly — as moral monsters. The justices have not yet decided that we who disagree are to be permitted no influence whatsoever on the country’s marriage laws, but the clock is ticking, and this Court has no patience for self-government.

five Justices (including one who graduated from my own alma mater, Cardinal Spellman High School) have decided that anyone who believes that “marriage” means “one man, one woman”, is irrational, motivated solely by hatred and a desire to stigmatize and insult homosexual persons. Yes, the Supreme Court has now said that the Catholic and Orthodox Churches, the vast majority of Protestant communities, Orthodox Jews, virtually all Muslims, and many others of no faith, are mere bigots. We have been cast out of polite society.

Msgr. Charles Pope: “to act in ways, or adopt policies that further erode traditional marriage, is to act unjustly.”

Our culture has taken for granted for far too long what human nature, experience, common sense, and God’s wise design all confirm: the difference between a man and a woman matters, and the difference between a mom and a dad matters. While the culture has failed in many ways to be marriage-strengthening, this is no reason to give up. Now is the time to strengthen marriage, not redefine it.

“We need to catechize our people about marriage,” San Francisco’s Archbishop Salvatore Cordileone says, calling “an institution to support social justice, justice for the sake of children.”

God has a plan for marriage, which He wove into the very fabric of human nature. This plan is so deeply embedded in our human nature that every culture in history has recognized it, and enshrined and protected it in law and custom. Marriage being exclusively between a man and a woman was not an idea created by these cultures but, rather, a truth received by them as something handed down from a higher authority.

Marriage needs to be strengthened, not redefined. It is important to point out that everyone deserves love and respect, including those who experience same-sex attraction. But society is not served by marriage redefinition. Our children deserve the truth as instilled by one mother and one father in marriage as a family unit.

Not from today but relevant:

Fr. Barron: Gay Marriage and the Breakdown of Moral Argument …. “we don’t argue with each other, we talk past each other.”

June 26, 2013 The Cabbie's Pulpit
Recent Comments
0 | Leave a Comment
Browse Our Archives
get the latest from
Catholic
Sign up for our newsletter
POPULAR AT PATHEOS Catholic
1

Catholic
A Saint with a Profoundly Happy Marriage
Kathryn Lopez 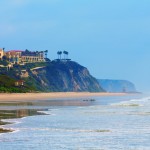