A beautiful reflection from a young man who has been answering a call to try to help on the most neuralgic of issues; Ryan Anderson speaking at an Alliance Defending Freedom event:

I’ve never killed anyone physically, but I know I have spiritually, emotionally, psychologically, when I am short-tempered with colleagues or belittle opponents. It isn’t surprising that the government fails to respect the dignity of life when I fail to respect it.

The same is true for marriage. Long before there was a debate about same-sex anything, far too many people bought into a liberal ideology about sexuality that makes a mess of marriage: Cohabitation, no-fault divorce, extra-marital sex, non-marital childbearing, massive consumption of pornography and the hook-up culture all contributed to the breakdown of our marriage culture. And Jesus tells us that these all begin with the silent, interior act of simply looking with lust.

At one point in American life, virtually every child was given the great gift of being raised to adulthood in the marital bond of the man and the woman—the mom and the dad—whose union gave them life. Today, that number is under 50 percent in some communities, and the consequences are tragic. Same-sex marriage didn’t cause this, but it does nothing to help it, and will only make things worse. Indeed, it will lock in the distorted view of marriage as an institution primarily concerned with adult romantic desires, and make the rebuilding of the marriage culture much more difficult.

After all, redefining marriage to make it simply about emotional companionship sends the signal that moms and dads are interchangeable. Redefining marriage directly undercuts the rational foundations for the marital norms of permanence, exclusivity and monogamy. It places the principle into law that if justice requires redefining marriage to include the same-sex couple, so too it could one day demand recognizing the “throuple” and quartet.

But the marriage debate is just one earthly battle, one among many that the people of God must wage. It is not ours to determine when we will succeed in it, or how. And ultimately, it is of secondary concern. For the only success of ultimate importance is holiness. The only real tragedy in life is not to have been a saint.

That success can be had—that tragedy avoided—whatever happens in law or culture. For holiness is not the world’s gift, but God’s; and what it calls for is faithful response. We give the other side a victory only if we fail to respond. Only if we spurn God’s calling to each of us. Only if we withdraw from the fight, out of indifference or despair.

God calls each of us by name, each to a unique path. There are as many different callings in this room as there are individual believers. And yet there is a common calling: a life of holiness and witnessing to the truth.

And if we heed God’s call, there will be naysayers. People will tell us that we’re deluded, that truth doesn’t exist, that God doesn’t exist—that we are on the wrong side of history. It’s the same thing that they told pro-lifers forty years ago.

But history isn’t a blind force. We aren’t passive observers. History will be shaped by the actions of people like you and me, by our response to God’s call. And so it is not history that will judge us. We know that we will be judged instead by the Lord of history. The same Lord who reversed history’s greatest evil when He rose from the grave the following Sunday.

That shows us once and for all that there is no right or wrong side of history, but only of truth. The world will not always want to hear the truth, but only the truth will set it free. We owe it to the world to share that freedom, God’s gift to us, in season and out, and always in love. 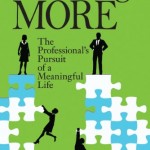 July 15, 2013 What Brings You Peace?
Recent Comments
0 | Leave a Comment
"If you're at all interested in knowing . . . the Catholic Dogmas . . ..."
Vicki DePalma 10 Catholic Things that Caught My ..."
"Citation for this prayer, please?"
Deb. Thurston OCDS Athirst? Moving Deeper into the Trinity
"You're still on Patheos Katheryn? From what I can tell Catholic Patheos has become a ..."
Manny 10 St. Anthony of Padua Things ..."
""2. Living in Accordance...."The Sheen meditation is absurdly wrong."
barthomew 10 Catholic Things that Caught My ..."
Browse Our Archives
get the latest from
Catholic
Sign up for our newsletter
POPULAR AT PATHEOS Catholic
1

Catholic
A Saint with a Profoundly Happy Marriage
Kathryn Lopez

Catholic
71 Years Ago Today, She Was Killed at...
Kathryn Lopez
TRENDING AT PATHEOS Catholic