Yes, according to a new, never-before-released song Jackson penned titled “Song Groove (A/K/A Abortion Papers)“.   The song, which is a bonus track on the 25th anniversary re-release of Jackson’s hit album “Bad”, hits store shelves this week, and media are scrambling to tell the story.

Catholic site Phatmass posted the complete lyrics here, and Slate magazine included a pro-abortion, anti-God screed here, calling the tune “a goofy mix of religiosity and anxiety about women’s liberation.”  Slate’s unlovable columnist Amanda Marcotte shocks with her callous disregard for the unborn child and her disparaging of all considerations except her own:  Jackson, she writes, “judges us…for having consensual sex with age-appropriate partners without feeling obligated to go through with every accidental pregnancy.”

In Abortion Papers, Jackson plays the part of a man whose girlfriend chooses to abort his child—even though he wants the child and believes that abortion is outside the will of God.  He sings:

Listen to the song:
http://www.youtube.com/watch?v=jobstaCAFeM

Check out the full lyrics here. 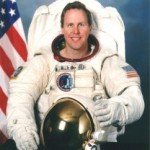 September 21, 2012
When Endeavour's Astronauts Received the Eucharist in Space
Next Post

September 22, 2012 BIGGER BREASTS AND SMALLER NOSES: The Correction Continuum. Is Plastic Surgery Immoral?
Recent Comments
0 | Leave a Comment
"I'll follow you over Kathy. I was probably in more sympathy with your point of ..."
Manny Parting Is Such Sweet Sorrow…. My ..."
"If you're at all interested in knowing . . . the Catholic Dogma . . ..."
M. Bizzaro Parting Is Such Sweet Sorrow…. My ..."
"Thank you, Mrs. Harris! Christmas blessings to you. I hope to see you over at ..."
kathyschiffer Parting Is Such Sweet Sorrow…. My ..."
"Let's defer to the experts (namely, the tract writers (tractors?) at Catholic Answers) for a ..."
BadinageBoy Heaven Is For Real: Secrets Colton ..."
Browse Our Archives
get the latest from
Catholic
Sign up for our newsletter
POPULAR AT PATHEOS Catholic
1

Was Sodom Destroyed by a Meteor in Abraham's...
Genesis 14:1-3 (RSV) In the days of Am'raphel king of Shinar, Ar'ioch king...
view all Catholic blogs
What Are Your Thoughts?leave a comment
Copyright 2008-2021, Patheos. All rights reserved.