“I’m so happy, I’m so excited, oh, my gosh!” said 16-year-old Justina Pelletier when asked about her reaction to news that she’ll be going home to her parents after sixteen months in state custody.

The Connecticut teenager was removed from her family home by the Massachusetts Department of Children and Families after a disagreement between two highly regarded medical centers regarding the teen’s medical diagnosis.

Justina had been treated at Tufts Medical Center for mitochondrial disease, a rare genetic disorder affecting cellular energy production.  But when Justina was referred to a physician at Boston Medical Center, doctors there believed that her problem  was psychological and recommended psychiatric counseling.  Justina’s parents refused to permit psychiatric treatment and instead asked that she be transferred back to Tufts.  That’s when the State of Massachusetts stepped in with its controversial charge of “medical child abuse”, and child welfare advocates removed Justina from her parents’ West Hartford home.

Justina has been housed at the JRI Susan Wayne Center for Excellence.  Now, however, Suffolk County Juvenile Court Judge Joseph Johnston has acknowledged that Justina’s parents, Linda and Lou Pelletier, have shown “credible evidence that circumstances have changed” since his decision to place Justina in the custody of the Massachusetts Department of Children and Families. He also wrote in his two-page ruling that in the month since Justina was moved to a residential facility in Thompson, Conn., her parents “have been cooperative and engaged in services,” including individual therapy for Justina and family therapy. It was, according to the Boston Globe,

“…a remarkable change in tone from the judge’s ruling just three months earlier, when he determined the parents were unfit and awarded permanent custody to the state. At that time, he blasted the Pelletiers for behavior he contended was erratic and had doomed numerous attempts at compromise.”

Fox News reported on reaction from her attorney at the Liberty Council:

Mat Staver, of the Liberty Counsel, which battled the Bay State bureaucracy on behalf of the Pelletiers, said the ruling handed down by Massachusetts juvenile court Judge Joseph Johnston was well-deserved.

“We are thrilled that Justina will finally be returning home,” Staver said in a statement. “The family looks forward to putting this 16-month nightmare behind them. Justina and her family now begins the process of healing both physically, emotionally, and spiritually.”

In May, Justina was moved from Massachusetts to a facility in Thompson, Conn., allowing her parents to visit with their daughter, but doing little to dampen their determination to win her back for good. In a 45-second, videotaped plea, first posted on a Facebook support page last week, Justina is seen sitting in a chair and pleading plaintively with Johnston.

“All I really want is to be with my family and friends,” the girl says, her voice faltering at times. “You can do it. You’re the one that’s judging this. Please let me go home.”

On Wednesday morning, June 18, Justina is expected to be returned to her parents.  Justina looks forward to playing with her dogs, swimming in the backyard pool, and visiting friends.  She also, she told the Boston Globe, looks forward to sleeping in–a luxury she rarely enjoyed while in state custody.

Her dad has told the Boston Globe that they’re planning a big homecoming party; but they know she’ll need time to readjust after her long ordeal.  She’s missed two years of education, and she’s gone from being a competitive figure skater to being confined to a wheelchair.

Dale Ahlquist is on a mission...
Chaos and Old Night
Related posts from Seasons of Grace

Catholic
When Your Children Leave the Church: Brandon Vogt...
Seasons of Grace 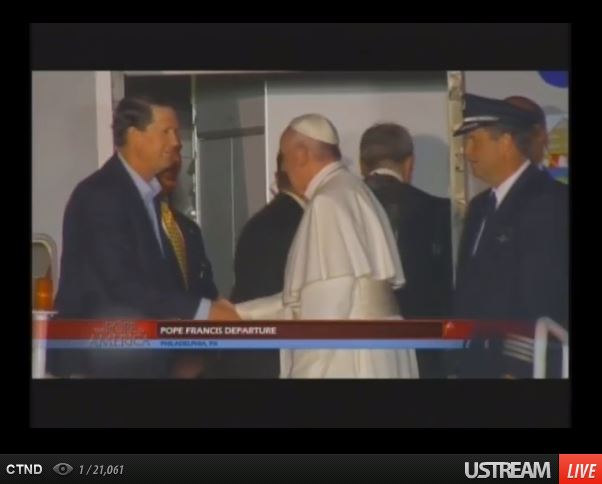 Catholic
BREAKING: 2018 World Meeting of Families Will Be...
Seasons of Grace
TRENDING AT PATHEOS Catholic