Repeat after me:  Catholics do not worship Mary.

Catholics do not worship Mary.

Catholics do not worship Mary.

I mention this because that scurrilous claim has turned up several times recently in my comment boxes.  The accusation has shown up in response to various posts, tossed in by some well-meaning, God-fearing Christian who wants to protect society from the Catholic Church.

In his or her mind, prayer to the Mother of God is the ultimate evidence of apostasy:  The Bible clearly says that we should have no false gods, and by gosh (he thinks), praying to Mary is just off-the-charts idolatry.  Why, doesn’t Exodus 34:14 mean ANYTHING to you?

Do not worship any other god, for the LORD, whose name is Jealous, is a jealous God.

So let’s talk about it.

The Catholic Church teaches that God alone is worthy of worship.  However, there are those among us who, because of their heroic virtue, are deserving of acclaim and honor.

This is true in everyday society.  A best-selling author, an actor, an athlete, a favorite teacher–all, by virtue of their excellence in a field of endeavor, earn your acclaim and respect.

So, too, in the spiritual realm:  We hold in high regard those who, by their virtuous lives, have demonstrated how to better love God and our fellow man.  We call those virtuous people whose lives we admire, and who are now in heaven with Christ, “saints.”  And Mary, Jesus’ mother, is even more deserving of our admiration and praise.

The Church teaches that there are three types of honor which are due to those who are holy:

“In more technical terms used by the Tradition to draw this important distinction, devotion to Mary belongs to the veneration of dulia, or the homage and honor owed to the saints, both angelic and human in heaven, and not to latria, or the adoration and worship that can be given only to the Triune God and the Son incarnate. Because of her unique relationship to Christ in salvation history, however, the special degree of devotion due to Mary has traditionally been called hyperdulia. While latria is owed to her Son by reason of unity of his divine and human natures in the Person of the Word made flesh, hyperdulia is due to Mary as truly his Mother.”

One of Catholicism’s most frequently uttered prayers is the Hail Mary.  But is this idolatry?  No–it’s Scripture.

The words are drawn from the greeting in Luke 1:28, when the angel Gabriel appeared to Mary to tell her that she had been chosen to be the Mother of God:

Hail, Mary, full of grace, the Lord is with you.

And from Luke 1:42, the words spoken by Mary’s cousin Elizabeth:

Blessed are you among women, and blessed is the fruit of your womb…

So no, Catholics don’t worship Mary.  In our prayer, we ask Mary to intercede for us with her Son.  And He will listen because, as James 5:16 tells us,

The prayer of a righteous person is powerful and effective.

Catholic apologist Steve Ray, himself a convert to the Catholic faith, has published an excellent treatise on Protestant misconceptions regarding Mary and worship.  In it he explains that even if some people within the Church don’t fully understand the Church’s teaching on Mary, that doesn’t obliterate the truth of that teaching.  Steve writes:

If some Catholics fail to follow the Church’s teaching on these matters it certainly doesn’t impinge on the teaching of the Church. It merely means that some in the Church are uncatechized and not understanding or practicing what the Church teaches.

You can read the rest of Steve’s article here.

Pray for us, O holy Mother of God,

That we may be made worthy of the promises of Christ. 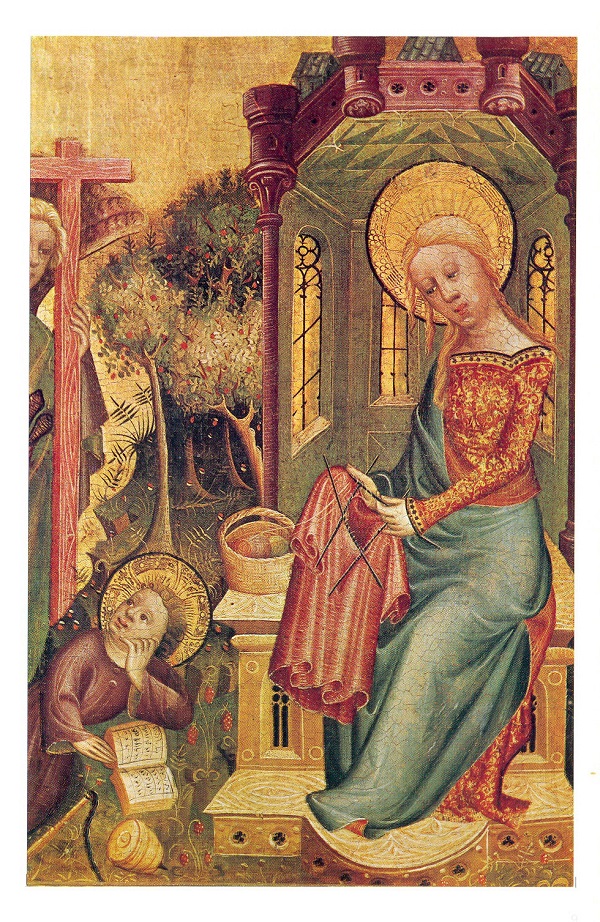 July 26, 2014
Women With Down Syndrome Respond to God's Call
Next Post

Five Quick Takes
I. It's a very heavy week at my job, so I'm having...
view all Catholic blogs
What Are Your Thoughts?leave a comment
Copyright 2008-2021, Patheos. All rights reserved.
error: Content is protected !!