Speaking October 23 to a delegation from the International Association of Penal Law, Pope Francis called life sentences “a hidden form of capital punishment.”

The Pope expressed his hope that believers will oppose life-long incarceration, just as they oppose capital punishment. He said:

“All Christians and men of good faith are therefore called upon today to fight, not only for the abolition of the death penalty—whether it is legal or illegal, and in all its forms—but also to improve the conditions of incarceration to ensure that the human dignity of those deprived of their freedom is respected.

“And this, for me, is linked to life sentences. For a short time now, these no longer exist in the Vatican penal code. A sentence of life (without parole) is a hidden death penalty.”

The Vatican Information Service, in reporting on the Pope’s remarks, said this of his view regarding capital punishment:

“He reiterated the primacy of the life and dignity of the human person, reaffirming the absolute condemnation of the death penalty, the use of which is rejected by Christians.”

Say what?  The report sent me running to the Catechism of the Catholic Church to see what the Church actually teaches about capital punishment.

Section 2267, under “Legitimate Defense”, says the following (emphasis mine):

Today, in fact, as a consequence of the possibilities which the state has for effectively preventing crime, by rendering one who has committed an offense incapable of doing harm – without definitely taking away from him the possibility of redeeming himself – the cases in which the execution of the offender is an absolute necessity “are very rare, if not practically nonexistent.”

So what the Catholic Church REALLY teaches is that capital punishment is to be used rarely.  It does not, though, teach that it is “sinful” (as The Guardian claimed in its report today), nor does it “absolutely condemn” capital punishment in certain situations.

In a nutshell, the Church asserts that:

Capital punishment does nothing to restore the victims to life; but it does potentially impede the action of God in the heart of the offender.   When we are injured, Jesus asks that we turn the other cheek; likewise, the Catechism of the Catholic Church insists that capital punishment not be used unless there is no other recourse.

The Church hopes with Christ that the sinner—even the very great sinner—will freely repent and be reconciled with Christ.  To forcibly take the life of a criminal, thereby taking from him the opportunity for repentance, would be wrong.

Now on this other matter, the imposition of mandatory life sentences: I realize that Pope Francis, when he speaks, addresses a world in which there exist a plethora of problems.  There are, indeed, nations in which penal codes are too harsh, or torture is exercised, or excessive sentences are imposed to achieve political ends. Here in the United States, however, there is strong evidence to support the necessity for life sentences for certain violent crimes. A case in point:  On October 12, just days before the Pope’s well-intentioned admonition against life sentences, a convicted murderer in New Jersey killed his 64-year-old mother only two days after his release from prison.  His family had just thrown him a large welcome-home party to celebrate his release from prison.  He had already argued with his aunt, and returned to fight with his mother, shooting her in the face and shoulder.  Had this violent individual remained in jail, his mother would be alive today. Studies by the Bureau of Justice Statistics have revealed high rates of recidivism (repeat offenses) among released prisoners. One study of nearly 405,000 prisoners in 30 states who were released from prison in 2005 found that:

We should support programs to rehabilitate offenders.  However, in cases where the criminal is likely to repeat his crime, it is both the right and the  responsibility of civil government to protect society from further crimes by keeping the individual behind bars. Life sentences should remain one of the tools in government’s arsenal to aid in creating a safe society.

What You're Doing When You Vaccine-Shame...
Sticking the Corners
Related posts from Seasons of Grace 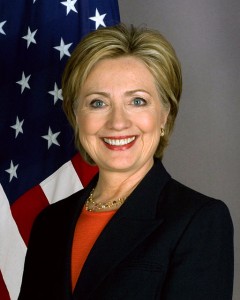