So That All May Believe: The “Miracle of the Sun”

It was raining at the Cova da Iria on October 13, 1917–raining so much, in fact, that the crowds gathered there, their clothing drenched and dripping, slipped in the puddles and along the trails of mud.   Those who had umbrellas opened them against the downpour, but they were still splashed and sodden.  All waited, their eyes on three peasant children who had promised a miracle.

And then, at high noon, something remarkable happened:  The clouds broke, and the sun appeared in the sky.  Unlike any other day, the sun began to revolve in the sky–an opaque, spinning disc.  It cast multicolored lights across the landscape, the people, and the surrounding clouds.  Without warning, the sun began to careen across the sky, zigging and zagging toward the earth.  Three times it approached, then receded.  The panicked crowd erupted in screams; but there was no evading it.  The end of the earth, some believed, was at hand.

The event lasted ten minutes, and then the sun, just as mysteriously, stopped and receded back toward its place in the heavens.  The frightened witnesses murmured as they looked about.  The rainwater had evaporated and their clothing, which had been soaked through to their skin, was now completely dry.  So, too, was the ground:  As if transformed by a sorcerer’s wand, the pathways and trails of mud were as dry as on a hot summer day. According to Fr. John De Marchi, an Italian Catholic priest and researcher who spent seven years in Fatima, 110 miles north of Lisbon, studying the phenomenon and interviewing witnesses,

“Engineers that have studied the case reckoned that an incredible amount of energy would have been necessary to dry up those pools of water that had formed on the field in a few minutes as it was reported by witnesses.”

IT SOUNDS LIKE SCIENCE FICTION, or lore from the pen of Edgar Allan Poe.  And the event may well have been written off as an illusion, but for the extensive news coverage it received at the time.

Gathered in the Cova da Iria near Fatima, an insignificant rural community in the countryside in Ourém in western Portugal, about 110 miles north of Lisbon, were an estimated 40,000 to 100,000 witnesses.  Among them were reporters from the New York Times and from O Século, Portugal’s most widely circulated and influential newspaper.  Believers and unbelievers, converts and skeptics, simple farmers and world-renowned scientists and academics–hundreds of witnesses recounted what they’d seen that historic day:

Reporter Avelino de Almeida, writing for the pro-government, anti-clerical O Século, had been skeptical.  Almeida had covered earlier apparitions with satire, mocking the three children who had proclaimed the events there at Fatima.  This time, though, he witnessed the events firsthand and wrote:

“Before the astonished eyes of the crowd, whose aspect was biblical as they stood bare-headed, eagerly searching the sky, the sun trembled, made sudden incredible movements outside all cosmic laws — the sun ‘danced’ according to the typical expression of the people.”

Dr. Domingos Pinto Coelho, a noted lawyer from Lisbon and chairman of the Bar Association, reporting in the newspaper Ordem, wrote:

“The sun, at one moment surrounded with scarlet flame, at another aureoled in yellow and deep purple, seemed to be in an exceedingly swift and whirling movement, at times appearing to be loosened from the sky and to be approaching the earth, strongly radiating heat.”

A reporter for the Lisbon newspaper O Dia wrote:

“…The silver sun, enveloped in the same gauzy grey light, was seen to whirl and turn in the circle of broken clouds… The light turned a beautiful blue, as if it had come through the stained-glass windows of a cathedral, and spread itself over the people who knelt with outstretched hands… people wept and prayed with uncovered heads, in the presence of a miracle they had awaited. The seconds seemed like hours, so vivid were they.”

Dr. Almeida Garrett, professor of natural sciences at the University of Coimbra, was present and was frightened by the spinning sun.  Afterward, he wrote:

“The sun’s disc did not remain immobile. This was not the sparkling of a heavenly body, for it spun round on itself in a mad whirl, when suddenly a clamor was heard from all the people. The sun, whirling, seemed to loosen itself from the firmament and advance threateningly upon the earth as if to crush us with its huge fiery weight. The sensation during those moments was terrible.”

Dr. Manuel Formigão, a priest and professor at the seminary at Santarém, had attended an earlier apparition in September, and had questioned the three children on several occasions.  Father Formigão wrote:

“As if like a bolt from the blue, the clouds were wrenched apart, and the sun at its zenith appeared in all its splendor. It began to revolve vertiginously on its axis, like the most magnificent firewheel that could be imagined, taking on all the colors of the rainbow and sending forth multicolored flashes of light, producing the most astounding effect. This sublime and incomparable spectacle, which was repeated three distinct times, lasted for about ten minutes. The immense multitude, overcome by the evidence of such a tremendous prodigy, threw themselves on their knees.”

Rev. Joaquim Lourenço, a Portuguese priest who had been only a child at the time of the event, watched from a distance of eleven miles, in the town of Alburitel.  Writing later about his boyhood experience, he said:

“I feel incapable of describing what I saw. I looked fixedly at the sun, which seemed pale and did not hurt my eyes. Looking like a ball of snow, revolving on itself, it suddenly seemed to come down in a zig-zag, menacing the earth. Terrified, I ran and hid myself among the people, who were weeping and expecting the end of the world at any moment.”

“On that day of October 13, 1917, without remembering the predictions of the children, I was enchanted by a remarkable spectacle in the sky of a kind I had never seen before. I saw it from this veranda…”

Even Pope Benedict XV, walking hundreds of miles away in the Vatican Gardens, is reported to have seen the sun quivering in the sky.

So what really happened on that day, 97 years ago?

Skeptics have attempted to explain away the phenomenon.  At the Catholic University of Louvain, physics professor Auguste Meessen points out that looking directly at the sun can cause phosphene visual artifacts and temporary partial blindness.  Meessen believes that retinal after-images produced after brief periods of sun gazing were the cause of the “dancing” effects, and the apparent changes in color were caused by caused by the bleaching of photosensitive retinal cells.   Professor Meessen, however, hedges his own bet.  “It is impossible,” he writes,

“…to provide any direct evidence for or against the supernatural origin of apparitions….  [t]here may be some exceptions, but in general, the seers are honestly experiencing what they report.”

Steuart Campbell, writing for the edition of Journal of Meteorology, postulated in 1989 that a cloud of stratospheric dust changed the appearance of the sun on that day, making it easy to look at.  The effect, he conjectured, was that thesun only appeared to be yellow, blue, and violet, and to spin. Another theory is a mass hallucination stimulated by the religious fervor of the crowd. But one possibility–indeed, the most plausible–is that the Lady, the Virgin Mary, did indeed appear to three children in a grotto near Fatima between May and September 1917.  Mary asked the children to pray the rosary for world peace, for the end of World War I, for sinners and for the conversion of Russia.  She did, indeed, tell them that there would be a miracle on October 17 of that year, and that as a result, many people would come to believe.

Saint John Paul II believed in the miracle of Fatima.  He believed that the assassination attempt against him in St. Peter’s Square on May 13, 1981, was a fulfillment of the third secret; and he placed the bullet, which had been removed from his body by surgeons, into the crown of the official statue of Our Lady of Fatima. The Catholic Church has declared the apparitions at Fatima “worthy of belief.”  As with all private revelations, it is not required that Catholics believe in the apparition; however, the messages of Fatima are generally regarded as relevant, even in the present day. 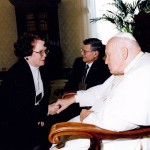 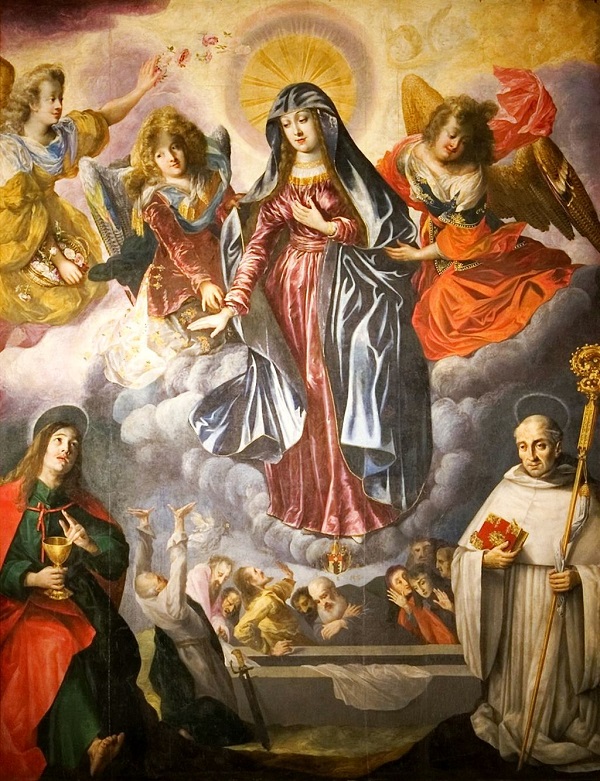 Catholic
DID MARY REALLY DIE? The Assumption Presumption and...
Seasons of Grace
TRENDING AT PATHEOS Catholic