GOOD FRIDAY: “Praying the Steps” Is a Cincinnati Tradition

Atop Mount Adams, the highest point in Cincinnati, Ohio, stands Holy Cross Immaculata Church.  Overlooking the downtown area and the Ohio River, it is a beacon of faith to local Catholics.

And each year on Good Friday, pilgrims from the local community and around the world flock to the historic church for a 155-year-old tradition called “Praying the Steps.”

From midnight on Holy Thursday until midnight on Good Friday, more than 10,000 pilgrims climb the long winding staircase to the church, praying the rosary or other devotions along the way.  Sometimes three generations of a family will come to participate; sometimes travelers come great distances to share in this tradition which recalls Christ’s journey to Calvary.

HISTORY OF THE DEVOTION

During the construction of Immaculata Church in the 1850s, Cincinnati Archbishop John Baptist Purcell had a large wooden cross, which came to be called “the Wayside Cross”, erected on the site.  The tradition seemed to spring up naturally:  Catholics flocked to the cross, praying for the completion of Immaculata.  Soon the pious had worn a path up the hill; so to ease their journey, Archbishop Purcell built wooden steps in 1860.

Once the church was completed, people continued to use the wooden steps–and began the practice of praying as they ascended.  The parish website explains:

Good Friday became a special day of prayer on the steps but the exact beginning of the Good Friday Pilgrimage is unknown. It seems to be something that spontaneously occurred and grew. The earliest mention of the pilgrimage in Immaculata Church records is 1873 but it likely began before then. Immaculata became known as the Church of the Steps and the pilgrimage was known as “making the steps” or “praying up the steps.”

The wooden steps were replaced by the City of Cincinnati in 1911 (they were a public thoroughfare and the City was responsible for their maintenance). The new steps, 108 in number, were reinforced concrete. Most people began their ascent of the steps at St. Gregory Street, prayed to the top of the steps and paused at the foot of the Wayside Crucifix located to the right of the entrance to Immaculata. After praying at the foot of the crucifix, they went inside and prayed in the church. They then departed by the side door, walked two blocks west to Holy Cross Church and visited the Our Lady of Lourdes Grotto in the Holy Cross basement where they received a bottle of Lourdes Holy Water. They then proceeded upstairs and prayed in the church at Holy Cross. The entire journey often lasted three hours. Some pilgrims began their journey at the foot of Mt. Adams on Eastern Avenue (now Riverside Drive), crossed Columbia Parkway on a pedestrian bridge, continued upward to Hill Street and then to the bottom of the Immaculata steps and on up to the church. There are reports of participants praying the steps on their knees.

The passing of time and the effect of the weather led to the construction of a third set of steps in 1958. The City of Cincinnati again built and paid for the steps. They were constructed of concrete and contained 85 steps and three landings. The pilgrimage was shortened in 1970 when Holy Cross Church and the Grotto were closed.

The current steps–96 in number, with a viewing platform at the top–were constructed by the city in 2009, and were blessed by Archbishop Daniel Pilarczyk.

TIMES CHANGE – NOW THERE’S AN APP FOR THAT!

Holy Cross Immaculata now has an App for your cell phone, which can assist pilgrims who make the traditional climb on Good Friday.  The App, which works for iPhones and most Android devices, contains a history of HCI, weekly event updates, Mass schedules, Praying the Steps, and Praying the Stations of the Cross.  The App can be downloaded to your phone from the parish website.

April 2, 2015
HOLY THURSDAY: Remembering Jesus' Gift of Himself in the Eucharist
Next Post

April 3, 2015 Cardinal McCarrick Transported to Hospital After Fainting in Church
Recent Comments
0 | Leave a Comment
Browse Our Archives
get the latest from
Catholic
Sign up for our newsletter
POPULAR AT PATHEOS Catholic
1

The Problem of the Trump Rally...
Steel Magnificat
Related posts from Seasons of Grace 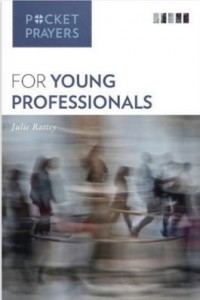 Catholic
You'll Like This: A Slim Guide to Prayer...
Seasons of Grace
TRENDING AT PATHEOS Catholic