Tweeting with GOD: Bold New Evangelization for a New Generation 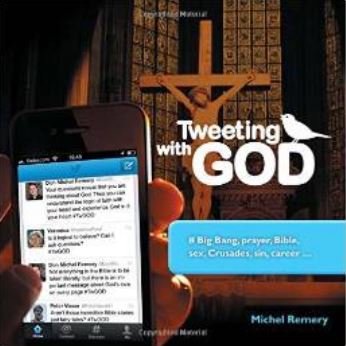 Poised to become an international bestseller, Father Michel Remery’s just-released book Tweeting with God is a slicked up hot rod of an evangelization tool–answering every question that a young person could muster, in a straightforward format that won’t cause a teen’s eyes to glaze over.

There are 200 questions; each question is answered, first, in a 140-character tweet and then in greater detail in a two-page full-color spread.  Add in illustrations, color-blocked bonus material which is not directly related to the question as such but is connected to the theme, and a “Read more” link explaining where to go for more information on the topic.

In Tweeting with GOD, the tech-savvy Father Remery answers the simple yet profound questions that youth in his parish asked. When there were too many questions to answer, Fr. Remery told his youthful parishioners, “Listen: Write them down and give them to me.”  And they did–via Twitter, on Facebook, in emails and handwritten notes.  In all, he revealed, he received about a thousand questions.  The questions were grouped, combined, and in the end there remained 200 questions which form the framework of Tweeting with GOD.

The book is divided into four major sections:

(2) Tweets about the Church: Origin & Future;

(3) Tweets about You & God: Prayer and Sacraments; and

And what do young people want to know?  They ask difficult questions, like:

Add another 197 questions, and you’ll have to admit:  Father Remery has covered just about everything.

Father Remery is adamant that young people will not be drawn to the faith by complicated theological constructs.  “Don’t talk first about ‘salvation history’,” he told me.  “Instead, we start with the love of God in their lives–what God does.  Then later, you can explain salvation history.  Similarly, the idea of suffering is an unattractive starting point; but as people learn to look to Jesus, they gradually understand how, in God’s logic, suffering can bring about something good.

Tweeting with GOD is just arriving on American soil, in an English-language edition from Ignatius Press.  It’s enjoyed a growing following in Europe though, where its Dutch and Polish editions have found a broad audience.  Father Remery told me that plans are to publish in perhaps a dozen languages.

To what does Fr. Remery attribute the book’s success?  There’s no magic–only the desire to tell people about the logic of their faith.  Tweeting with GOD teaches young people how much God loves them, and how happy they can become.

But more than a pleasant and interesting book, Fr. Remery offers more, using modern-day tools like social media:  There is a Twitter account, a Facebook page, and a website.  A special app for smartphones connects users to the website, where they can get more information about issues of special interest to them.

The free TWEETING WITH GOD (#TwGOD) app, which complements the book, is available via iTunes and Google Play:  http://www.tweetingwithgod.com/en/content/app.  Features of the app include the standard texts of the Mass, a treasury of Catholic prayers, an extensive list of questions, and a SCAN feature for users with access to the book.  The #TwGOD app also offers a continually changing selection of interesting Tweets, and connects instantly to YOUCAT, the popular youth catechism.

Fr. Remery also hopes to connect people with others, flesh and blood believers who can answer their questions and walk with them along their path through life.  He wants to put his readers in touch with a local parish, in their local communities.  Talk over your questions, he urges, with your parish priest. 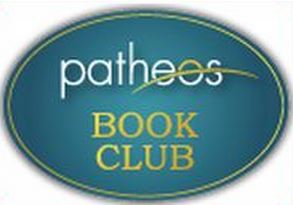 Tweeting With GOD is a special selection of the Patheos Book Club.  Click here to read an excerpt, an interview with the author, and more.

July 12, 2015
Oklahoma Sends Its Devil to Detroit; Detroit Falls For It
Next Post