Josh Duggar Has Sinned. So Have You and I. So Shall We Get Out Our Stones and Start Scribbling?

The Duggar story just gets worse and worse. Josh Duggar, the oldest boy in the Duggar clan which had their own family-friendly reality show 19 Kids and Counting on TLC, is not the upstanding husband and father we thought he was.

First in May 2015, Josh was forced to resign from his position as executive director of the Family Research Council, a conservative lobbying group in Washington DC, after In Touch Weekly popped the news that he had molested (or, “improperly touched”) five girls–including four of his own sisters–as a teenager, beginning in 2002.

Then this week, after hackers published the names of clients of the Ashley Madison affair match-up service, it was revealed that Duggar had two paid accounts at the cheating website. Yes, it’s true: Josh has had affairs. His sexual improprieties had not, as his public apology implied, been confined to his inquisitive pre-teen and teen years. No, Josh Duggar had violated his marriage vows, entering into extramarital affairs with the help of the confidential “dating service.”

His poor parents, Jim Bob and Michelle Duggar, were quick to issue a statement, asking for prayers for Josh, his wife Anna, their grandchildren and their entire family. Josh himself also released a statement, admitting his sin and begging forgiveness. The statement from Josh Duggar read:

I have been the biggest hypocrite ever. While espousing faith and family values, I have been unfaithful to my wife.

I am so ashamed of the double life that I have been living and am grieved for the hurt, pain and disgrace my sin has caused my wife and family, and most of all Jesus and all those who profess faith in Him.

I have brought hurt and a reproach to my family, close friends and the fans of our show with my actions.

The last few years, while publicly stating I was fighting against immorality in our country I was hiding my own personal failures.

As I am learning the hard way, we have the freedom to choose our actions, but we do not get to choose our consequences. I deeply regret all the hurt I have caused so many by being such a bad example.

I humbly ask for your forgiveness. Please pray for my precious wife Anna and our family during this time.

And to all of this, I say:  Yes. Yes, Josh, you really screwed up. You have betrayed the people who love you, to whom you owe your loyalty and the gift of your unshared self; and you have betrayed us all. 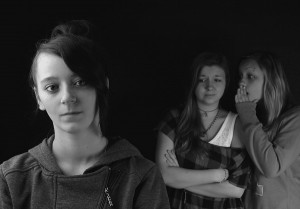 But now I want to talk to all of you, my readers. Because in the secular news stream which influences the culture, the next swell will be coming from you. Already the website vice.com calls the Duggar scandal “part of a much larger Christian abuse problem.” I’m sort of expecting the explosion of hate-filled Internet rage to start in 3… 2… 1…

And what will the people around you hear?

I’ve been pretty fed-up lately with Internet agitators, people who get their jollies peering down the hall at the misfortunes and the missteps of others. You know them: They break into fisticuffs in the combox, holding up their ethereal “Holier Than Thou” placards and chanting “Sinner! Sinner! Sinner!” toward the person who’s been caught in a lie or an unjust act.

Here’s my heartfelt advice:  Don’t be that guy.

But Jesus stooped down and with His finger wrote on the ground. But when they persisted in asking Him, He straightened up, and said to them, “He who is without sin among you, let him be the first to throw a stone at her.” Again He stooped down and wrote on the ground. When they heard it, they began to go out one by one, beginning with the older ones, and He was left alone, and the woman, where she was, in the center of the court. Straightening up, Jesus said to her, “Woman, where are they? Did no one condemn you?” She said, “No one, Lord.” And Jesus said, “I do not condemn you, either. Go. From now on sin no more.”]

August 21, 2015 Encounters with Christ: 39 People Share Their Stories
Recent Comments
34 Comments | Leave a Comment
Browse Our Archives
get the latest from
Catholic
Sign up for our newsletter
POPULAR AT PATHEOS Catholic
1

Fasting Friday: Thinking about Hell
Catholic and Enjoying It!
Related posts from Seasons of Grace 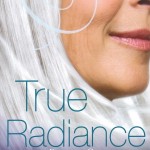 Catholic
Mirror, Mirror On The Wall: Finding Beauty That...
Seasons of Grace