Why Won’t the Catholic Church “Get With the Times” and Ordain Women Priests?

Why Won’t the Catholic Church “Get With the Times” and Ordain Women Priests? August 27, 2015 Kathy Schiffer

Patheos Explore the world's faith through different perspectives on religion and spirituality! Patheos has the views of the prevalent religions and spiritualities of the world.
In Des Moines, Iowa, the Catholic Worker House is no longer permitted to hold liturgies on the premises, after conducting a service in which a woman who claims to be an ordained priest celebrated a Eucharistic service in their chapel.

The celebrant was Janice Sevre-Duszynskaper, who attempted ordination in 2008, being “ordained” by the Association of Catholic Women Priests. The group and the ordinations which it attempts are not recognized by the Vatican, and Sevre-Duszynskaper is therefore excommunicated.

Bishop Richard Pates, bishop of Des Moines, issued the letter withdrawing permission for Masses at the Catholic Worker House on May 5. Frank Cordaro, co-founder of the Catholic Worker House in Des Moines, called the bishop’s actions “bullying.” Cordaro insisted that the action wasn’t meant to draw attention (which it did) or to cross a line (which it did). The story was reported in the August issue of The Catholic Mirror, the diocesan Catholic newspaper.

It’s a good time to take up the question:

WHY CAN’T WOMEN BE PRIESTS IN THE CATHOLIC CHURCH?

There are women pastors in the Presbyterian church and even a female bishop in the Episcopal church, and they can be very effective preachers, leading people toward greater holiness. Women already occupy positions in the Catholic Church as teachers of theology, as pastoral associates and counselors and spiritual directors and lectors and extraordinary ministers of the Eucharist. They visit the sick, serve the hungry, help the poor. They answer the phones in the parish office, for Pete’s sake! Why can’t the Catholic Church get with the times and ordain women to the priesthood?

That was just a rhetorical question, friends. I believe, with the Catholic Church, that when Christ instituted the sacrament of Holy Orders and selected only men to serve as priests, he was giving us the blueprint for how the Church should operate.

I’ve worked in the past with women, feminist nuns, who took umbrage at that claim. I remember one particularly angry sister exclaiming, “My students talk with me in my office about things that are really sensitive. After our conversation, shouldn’t I have the right to hear their confession?”

But that’s the thing: There is no “right” to the priesthood. Rather, the priesthood is a call from God, a summons to serve Him in a special way. To the young man who experiences the gentle nudge of the Holy Spirit toward the priesthood, it is a precious gift; but it is a gift which comes with a high price tag. The man will spill out his life in service to others, standing in for the crucified Christ.

The Catechism of the Catholic Church offers an explanation:

1577 “Only a baptized man (vir) validly receives sacred ordination.”66 The Lord Jesus chose men (viri) to form the college of the twelve apostles, and the apostles did the same when they chose collaborators to succeed them in their ministry.67 The college of bishops, with whom the priests are united in the priesthood, makes the college of the twelve an ever-present and ever-active reality until Christ’s return. The Church recognizes herself to be bound by this choice made by the Lord himself. For this reason the ordination of women is not possible.68

The Catechism continues, explaining that “right” thing I just mentioned above:

1578 No one has a right to receive the sacrament of Holy Orders. Indeed no one claims this office for himself; he is called to it by God.69 Anyone who thinks he recognizes the signs of God’s call to the ordained ministry must humbly submit his desire to the authority of the Church, who has the responsibility and right to call someone to receive orders. Like every grace this sacrament can be received only as an unmerited gift.

When the Anglican Church first considered the issue of women’s ordination, Pope Paul VI cautioned that this would have a deleterious effect on relations between Anglicans and Roman Catholics. He explained the Catholic Church’s inability to ordain women:

“She holds that it is not admissible to ordain women to the priesthood, for very fundamental reasons. These reasons include: the example recorded in the Sacred Scriptures of Christ choosing his Apostles only from among men; the constant practice of the Church, which has imitated Christ in choosing only men; and her living teaching authority which has consistently held that the exclusion of women from the priesthood is in accordance with God’s plan for his Church.”

To further clarify the matter for theologians within the Church, Pope Paul VI directed the Congregation for the Doctrine of the Faith to set forth and expound the Church’s teaching on a male-only priesthood. This was done through the Declaration Inter Insigniores, which the Supreme Pontiff approved and ordered to be published.

Saint Pope John Paul II reiterated the Church’s teaching in the Apostolic Constitution Ordinatio Sacerdotalis, which has the weight of infallibility. Quoting from that document:

In the Apostolic Letter Mulieris Dignitatem, I myself wrote in this regard: “In calling only men as his Apostles, Christ acted in a completely free and sovereign manner. In doing so, he exercised the same freedom with which, in all his behavior, he emphasized the dignity and the vocation of women, without conforming to the prevailing customs and to the traditions sanctioned by the legislation of the time.”(5)

In fact the Gospels and the Acts of the Apostles attest that this call was made in accordance with God’s eternal plan; Christ chose those whom he willed (cf. Mk 3:13-14; Jn 6:70), and he did so in union with the Father, “through the Holy Spirit” (Acts 1:2), after having spent the night in prayer (cf. Lk 6:12). Therefore, in granting admission to the ministerial priesthood,(6) the Church has always acknowledged as a perennial norm her Lord’s way of acting in choosing the twelve men whom he made the foundation of his Church (cf. Rv 21:14). These men did not in fact receive only a function which could thereafter be exercised by any member of the Church; rather they were specifically and intimately associated in the mission of the Incarnate Word himself (cf. Mt 10:1, 7-8; 28:16-20; Mk 3:13-16; 16:14-15). The Apostles did the same when they chose fellow workers(7) who would succeed them in their ministry.(8) Also included in this choice were those who, throughout the time of the Church, would carry on the Apostles’ mission of representing Christ the Lord and Redeemer.(9)

3. Furthermore, the fact that the Blessed Virgin Mary, Mother of God and Mother of the Church, received neither the mission proper to the Apostles nor the ministerial priesthood clearly shows that the non-admission of women to priestly ordination cannot mean that women are of lesser dignity, nor can it be construed as discrimination against them. Rather, it is to be seen as the faithful observance of a plan to be ascribed to the wisdom of the Lord of the universe.

The presence and the role of women in the life and mission of the Church, although not linked to the ministerial priesthood, remain absolutely necessary and irreplaceable. As the Declaration Inter Insigniores points out, “the Church desires that Christian women should become fully aware of the greatness of their mission: today their role is of capital importance both for the renewal and humanization of society and for the rediscovery by believers of the true face of the Church.”(10)

The New Testament and the whole history of the Church give ample evidence of the presence in the Church of women, true disciples, witnesses to Christ in the family and in society, as well as in total consecration to the service of God and of the Gospel. “By defending the dignity of women and their vocation, the Church has shown honor and gratitude for those women who-faithful to the Gospel-have shared in every age in the apostolic mission of the whole People of God. They are the holy martyrs, virgins and mothers of families, who bravely bore witness to their faith and passed on the Church’s faith and tradition by bringing up their children in the spirit of the Gospel.”(11)

Moreover, it is to the holiness of the faithful that the hierarchical structure of the Church is totally ordered. For this reason, the Declaration Inter Insigniores recalls: “the only better gift, which can and must be desired, is love (cf. 1 Cor 12 and 13). The greatest in the Kingdom of Heaven are not the ministers but the saints.”(12)

4. Although the teaching that priestly ordination is to be reserved to men alone has been preserved by the constant and universal Tradition of the Church and firmly taught by the Magisterium in its more recent documents, at the present time in some places it is nonetheless considered still open to debate, or the Church’s judgment that women are not to be admitted to ordination is considered to have a merely disciplinary force.

That’s it, folks. If you believe that Jesus Christ founded His Church here on earth, that he entrusted Peter with the keys (symbolizing authority), that the Pope is the legitimate successor of Peter who is entrusted with shepherding the flock until He comes in glory, then that’s it. Rome has spoken. The Catholic Church will never ordain women to the priesthood.

Furthermore, the group that calls itself Roman Catholic Womenpriests are not priests. They are, by virtue of their having attempted ordination, merely excommunicated women. To clarify, in 2007 the Vatican’s Congregation for the Doctrine of the Faith, with the authorization of the Pope, decreed the penalty of automatic excommunication against anyone “who attempts to confer a sacred order on a woman, and the woman who attempts to receive a sacred order.”

August 25, 2015
National Abortion Federation Tells Me EVERYTHING.
Next Post 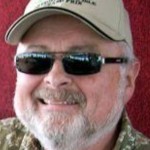 August 29, 2015 Pro-Life Demonstrator Suffers Heart Attack and Dies at Planned Parenthood Protest
Recent Comments
603 Comments | Leave a Comment
"I'll follow you over Kathy. I was probably in more sympathy with your point of ..."
Manny Parting Is Such Sweet Sorrow…. My ..."
"If you're at all interested in knowing . . . the Catholic Dogma . . ..."
M. Bizzaro Parting Is Such Sweet Sorrow…. My ..."
"Thank you, Mrs. Harris! Christmas blessings to you. I hope to see you over at ..."
kathyschiffer Parting Is Such Sweet Sorrow…. My ..."
"Let's defer to the experts (namely, the tract writers (tractors?) at Catholic Answers) for a ..."
BadinageBoy Heaven Is For Real: Secrets Colton ..."
Browse Our Archives
get the latest from
Catholic
Sign up for our newsletter
POPULAR AT PATHEOS Catholic
1