It’s a story of sin and deception, forgiveness and remorse. On December 1, Father Edward Belczak, former pastor of St. Thomas More Catholic Church in Troy, Michigan, was sentenced to 27 months in prison for stealing more than half a million dollars from the parish.

But despite Fr. Belczak’s admission of guilt in the case, parishioners and friends have been generous in their support. When the priest was removed from the pastorate in January 2013 as the investigation began, his former parish began a campaign of prayer. After his trial and conviction, more than 50 parishioners, business owners, friends and other priests wrote the judge expressing their hope that the popular priest might receive a light sentence. Several hundred people showed their support on Facebook via a special “Fr. Edward Belczak Support Page.” According to the Detroit Free Press,

“They describe the 70-year-old priest as a compassionate, inspiring force. His humiliation — and how the Archdiocese of Detroit has banned him from performing public church services — is punishment enough, some suggest.”

After the sentence was read, a number of supporters–including several of his brother priests–stopped to give Fr. Belczak a hug.

It was a perfect example of how Christians ought to respond to a fallen brother: not, as so often occurs on social media, with flame-throwing and condemnation, but with love and acceptance and forgiveness.

I, too, remember Fr. Belczak with fondness. During my tenure as director of special events at Guest House, I often saw Fr. Belczak at our charitable dinners and events. He was pastor for thirty years of one of the largest and wealthiest parishes in Oakland County; and he was a cordial, joy-filled priest, well liked by his peers. While I never heard him preach, he enjoyed a reputation as a gifted homilist and a compassionate friend to parishioners who needed to talk.

Following his conviction, Father Belczak had pleaded with U.S. District Judge Arthur Tarnow for mercy–citing scripture, and admitting that the embarrassment and humiliation which followed his arrest and his removal from public ministry had caused him to have suicidal thoughts. The judge, though, noting that Fr. Belczak was a community leader who was “stealing from the church and people who trusted you most,” insisted that a prison sentence was necessary to act as a deterrent to others. Judge Tarnow suggested that he “choose your friends wisely and you can do some good in prison.”

Upon hearing his sentence, Fr. Belczak responded simply, “It’s part of my destiny.” He asked the forgiveness of his parishioners, and apologized for “staining the reputation of the priesthood.”

The 70-year-old priest will spend the next two years and three months in prison. He also is working to make restitution, repaying $573,000 of the stolen funds.

Read more about the sentencing hearing in the Detroit Free Press.

And read my earlier post about the charges here. I also wrote about his brother Fr. Thomas Belczak, pastor of St. Kenneth parish in Plymouth, MI. Father Tom was also questioned as part of the investigation, but was cleared of any wrongdoing.

November 29, 2015
The Miraculous Myrrh-Streaming Icon of St. Anna
Next Post

December 4, 2015 Under the Christmas Tree: Books for Children of All Ages
Recent Comments
18 Comments | Leave a Comment
Browse Our Archives
Related posts from Seasons of Grace 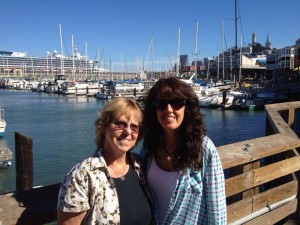