UPDATE: It’s now near the end of May 2018. Is the world still tipping in favor of hatred and intolerance? From my vantage point, it seems so.

If there is one article above all the other controversial ones I’ve written that riled up the haters, it has to be this one. Trolls making fun of being a social justice warrior. Then there are those who take offense in me involving Hekate in my personal advocacy and calling for others to do likewise.

Hekate is a protector of the marginalized in our contemporary context. I won’t restate my argument about that here because you can read all about it in my blog.

If you don’t feel that Hekate has anything to do with getting out of your chair and making the world a better place, that’s fine. Don’t sit there at your keyboard insulting those of us who do. Because while you’re posting yet another rant we will be out changing the world.

I loathe how the term “social justice warrior” has been co-opted to be an insult. I flat out refuse to accept that it is. Fighting for social justice is the only way our system will change. Making fun of people who call themselves social justice warriors and using it as a derogatory term is so offensive. I liken it to the way “witch” is used to describe powerful women in a pejorative way. Witch shaming and SJW shaming are one and the same, folks. Especially since it’s often the same people slinging the same insults at the same people.

Every single day my newsfeed is FULL of atrocities and violations of basic rights of all people. So, yeah, I’m going to continue to speak out, act up and disrupt things. I firmly believe that Hekate guides and supports these activities, both through the context of the written ancient records and my own personal understanding.

I’m working on an article about Hekate: Goddess of Our Time. I think this aspect of her, as a Guardian of the Marginalized, is something that resonates with many people.

Changing the world requires more than a “WOW” emoticon, more than “sending white light” or even “binding” dangerous political leaders. I believe that Hekate calls us to do more.

As 2017 nears it’s end, I’m thinking about all the social injustice in the world and what I’ve done in the past year as a serving member of Hekate’s social justice army. My resolution for 2018 is to be even more of a disturber in Her name.

The world seems to be spiraling downwards into an abyss of hate and intolerance. For devotees of Hekate, this is a call to action. This is the time to protest, donate and cause a ruckus. As The Guardian of the Marginalized, Hekate is calling us to be Her social justice warriors now more than ever.

The title of this article is a bit of misnomer. Hekate doesn’t actually want you to do anything. I’m arguing that the spirit of Hekate both historical and contemporary hearkens us to act up, speak out and be a disruptor.

I recently wrote about being called by Hekate in general terms, however, part of accepting Her beckoning is to accept that you must be willing do to what you believe she wants you to do. For me, that includes being an advocate for social change.

I’ve protested, supported, and taught about social injustice and marginalization. Teaching really has been my negotiated form of service. I’ve been fortunate enough to be an academic dedicated to improving the lives of women, children and families. I’m good at it and I have a captive audience in my students learning about child psychology from me. I’ve always seen this as a vital part of my devotion to Hekate and as an important piece of Modern Hekatean Witchcraft. I also turn to Hekate to find guidance, solace and wisdom during troubling times.

2017 certainly seems to have been a troubling year. Halifax, the city closest to me, has been simmering with racial tension more so than usual over the past few months – this time focused on the removal of a statue of the man who founded the city who also slaughtered First Nations peoples wantonly and was an overt racist.  This was our local example of the  growing backlash against the progress towards tolerance and acceptance that has been accomplished over the past few decades. In particular, attempts at reconciliation for marginalized groups seem to be bringing out all sorts of hate, here in my area and on the broader scale of North America.

Ten years ago, I was at a dinner with an impressive group of women from diverse paths, including leaders of the First Nations peoples here in Canada. I was speaking about secondary traumatic stress at the conference we were attending. We had a great discussion of how now was the time for great change. Although we called The Great Mother by different names, there was a consensus at our table that She was taking control by recruiting people willing to do Her work. There has been a shift. The old system is teetering towards collapse. This is the crossroads. In times of great change, those in the old power structure will lash out with their remaining strength in vain attempts to regain their dominance. The recent acts of hate demonstrate such pathetic tactics. Now is the time for devotees to report for service in Hekate’s social justice army.

The questions we as devotees need to ask as we enlist or renew our service to ending social injustice are threefold:

1. What does She say to me about hate and intolerance?
2. What do historical and modern writings say about Hekate and the marginalized?
3. What would She have me do to combat intolerance and hate?

When we’re looking for answers to these questions, it’s crucial to turn to Her for answers, through direct communication, research and our own intuition. Performing a ritual asking for Her guidance can be most helpful, although I think there’s an equal chance that She’ll already be telling you what to do. You need to be still long enough to listen. You should also investigate the ancient scripts and modern thinking on social justice.

Being Intolerant of Intolerance

I recently wrote about Hekate as Guardian of the Marginalized. To me, this is one of the key tenets of Modern Hekatean Witchcraft. Another central belief is that service to others is a vital part of our tradition. Specifically, community service is an important act of worship to Hekate. Since these are foundational ideas underlying Modern Hekatean Witchcraft, working to end social injustice is woven into the fabric of our witchcraft and devotion. As Guardian of the Marginalized, Hekate calls us to be highly intolerant of intolerance.

We are Her social justice army. Your terms of service are between you and Her, so I’m not going to propose rituals or prayers to seek out Her guidance for your social justice service, but if you feel so inclined you can read about creating sacred space for Hekate in this article. There is also a general prayer of devotion to Hekate that is a powerful tool. 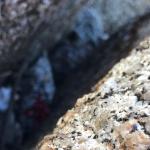 December 21, 2017
The Winter Solstice: Day of Hekate Soteira
Next Post 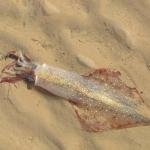 December 27, 2017 Lean into it, Witch: A Squid, Hekate Einalian and Magick
Recent Comments
5 Comments | Leave a Comment
Browse Our Archives
Follow Us!