Keys have been connected with Hekate since ancient times. In her role as Keeper of the Keys of the Universe, they symbolize Hekate and the Upper World of wisdom and mystery. Keys’ common place nature make them an accessible object to use in witchcraft, including using them in a Witches’ Ladder.

I talk about the history of Hekate’s keys and then offer some suggestions for practice magick using them. 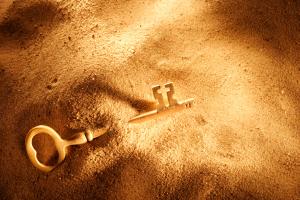 Historical Hekate as Keeper of the Keys

Hekate as Kleidoukhos is the Keeper of the Keys. The main source for this epithet is found in the Orphic Hymn to Hekate:

Based on this reference, Hekate as Keeper of the Keys has become a very popular image with contemporary devotees. While this hymn assigns Her this epithet, there are few other ancient references to Her in this role. The story about a girl carrying a key to open the temple at Lagina, the last known temple to Hekate, is one of my favorites.

Perhaps it makes sense for our modern interpretation of Hekate to be so strongly associated with such a ubiquitous item as the key. Snakes, torches and even whips aren’t exactly something most of us on hand, but we do have keys. Lots of them – keys to our home, our car, our office. We another form of keys, passwords, for accessing just about everything on our devices. Keys are everywhere. And if you’re asking me, I’m going to say that Hekate is everywhere, too.

Using such a commonplace item in witchcraft is a bit unusual. Many of us Hekateans have tried to fancy up the lowly key by using antique ones or elaborate ones. Google “Hekate key” so you can see for yourself. There are thousands of variations of keys for sale that as advertised as symbols of Hekate. I don’t think Etsy needs any more Hekate keys! While I like shiny things as much as anyone, what I really enjoy is making my own things for use in witchcraft. With that in mind, I decided to make some keys using polymer clay.

Using Keys in Devotion and Witchcraft

I have lots of keys – antique ones, old ones, wooden ones, and even a beautiful diamond and white gold necklace that was a gift from my sweet mother. I’ve used lots of keys in images for this blog, so I wanted to do something different for this article. Plus, I wanted to put a bit of extra effort into this entry since keys are, obviously, my favorite symbol of Hekate. It’s also coincidentally my three month anniversary blogging here at Patheos. Let’s celebrate by having a discussion about using keys in devotion and witchery!

Key symbolism is so powerful. We associate getting a key with starting something new. In addition, we use keys top gain access to things we hold dear, from our Facebook account to our mailbox. We use the word “key” as an adjective to signify that something is important – “my key point is…,” for example. Key is also a verb: “the key to figuring this out…” We also use “key” as a noun that has nothing to do with actual keys – as in The Three Keys of Modern Hekatean Witchcraft. Then we use them symbolically, like “Keeping Her Keys.” When I chose this name for the blog, it was because of the dual meaning. I’m keeping Hekate’s Keys – at least the ones She given me, and I’m keeping my own keys – meaning that I am living life on my terms.

One of the keys that Hekate has given me is the key to witchcraft. There are so many uses for actual keys in witchery. The fantastic thing about using keys for magickal purposes (I’m including both devotion and witchcraft in this) is that we have easy access to them. If we wanted to do a spell for house protection, there is no better place to park the magickal energy of our intention into our house key. This is one of my favorite go-to’s for instant magick. I hold the key that represents my focus and zap my intention into it. No need to consecrate the key because it’s existing energy is exactly what I want.

Beyond this sort of quickie witchery, there are countless ways to use keys in devotion and magick. Many devotees display keys as part of their shrine or altar as a representation of Our Lady.  I have one very special antique skeleton key that has been in my family for a long time that is always on my altar. It’s both a symbol of Hekate and a small way of honoring my ancestors. We can charge our keys with our gratitude to Hekate using a simple ritual where we give the key back to Her. Or we can simply use them as decorations.

Like I wrote earlier, I wanted to do something special for this article about Hekate’s keys. I decided to make a hanging witches’ ladder incorporating Hekate’s keys and symbols for myself and my two sons. 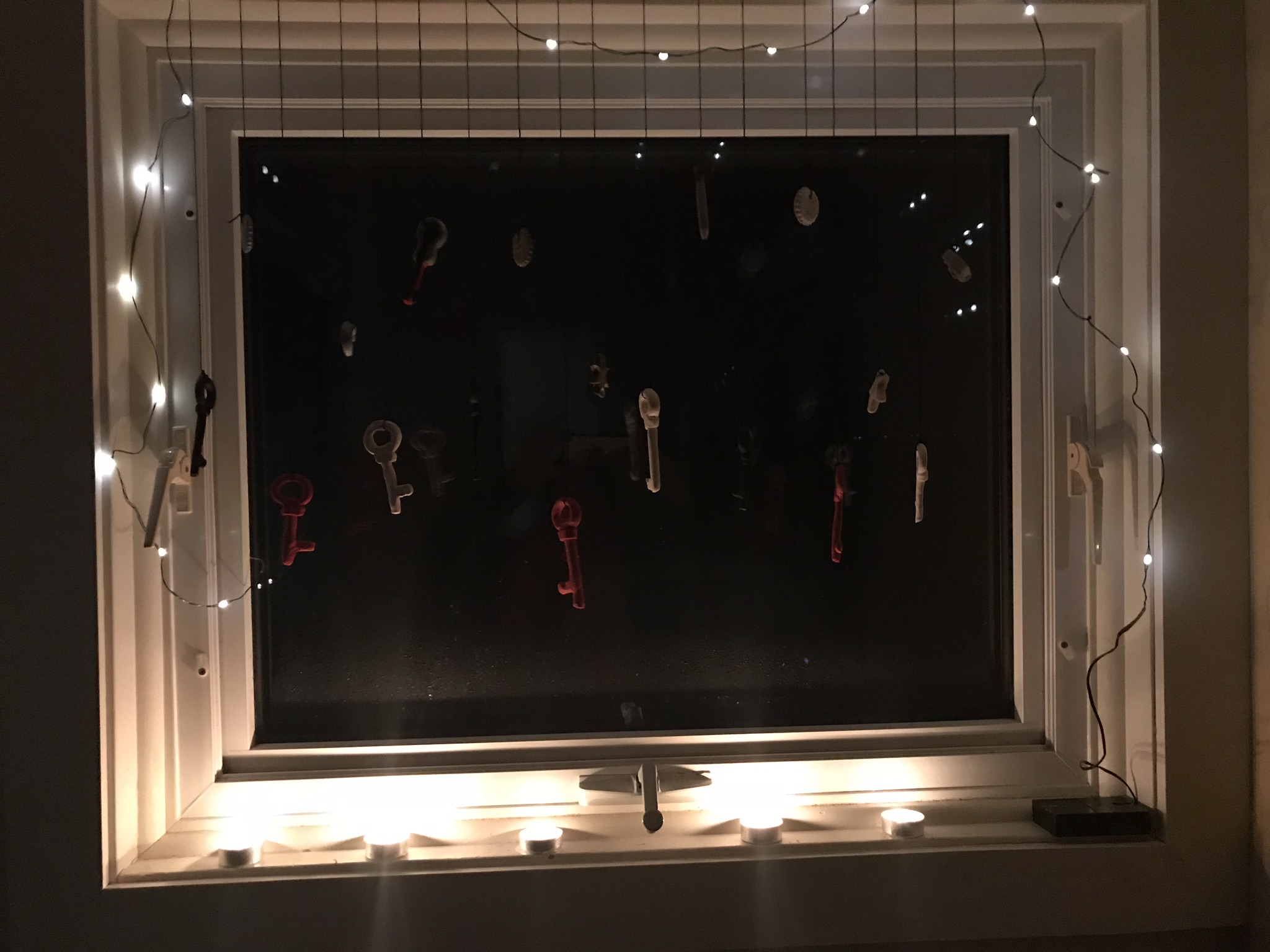 I used polymer clay that’s baked to harden. For the keys, I rolled out a long snake and then created the loop at the top. The bottom of the key was a separate piece that I worked into the main shaft. Here’s a few pictures of the process:

For the witches’ ladder spell, I used knot magick for my intentions for myself and my two sons. I had three different symbols representing each of us – our astrological sun signs, our favorite things, and three celestial symbols. I often use the moon (oldest son), sun (youngest son) and star (me) as symbols in spells because they map well onto our family dynamic and our individual energies. While it may be more traditional to use actual beloved objects in a spell, I think making these little charms is just as powerful. I didn’t put any parts of our physical bodies in the mix this time, although in the past I’ve used hair, nails and teeth. I’ll keep the details of this part of the working private, but I’m happy to share how I used the keys for petitioning Hekate.

Hekate is honored in the spell through the nine keys. Calling upon Hekate for Her help while honoring Her is referred to as petitioning. I used three black keys for Her underworld aspects, with each one representing a different energy. The three red keys are for Her middle world characteristics and the three white are symbols of upper world Hekate. As I tied each key onto the frame using three knots, I recited the appropriate epithet and exaltation:

Hail Hekate Enodia, The Way,
You are the path on which we walk.
Hail Hekate Empylios, The Gate Keeper,
You guard the entrances to the worlds,
Hail Hekate Hemonen, My Guide,
And You guide us along our path.

When I finished with the keys, I tied on our personal symbols using three knots while chanting my intentions for us as a family and as individuals.

I hope that my witches’ ladder will inspire you to get creative with your own displays of devotion, rituals, and spells. The magickal things we make from scratch are the most meaningful and powerful!

Join the Keeping Her Keys Facebook community. Sign up for the newsletter or take a course from keepingherkeys.com. Become a member of our discussion group about Hekate and Applied Modern Witchcraft: The Witches’ Realm.

About Cyndi
Cyndi Brannen, PhD is a witch and spiritual teacher dedicated to Hekate, her two sons and living the coastal life in rural Nova Scotia. She is a trained energetic healer, psychic and herbalist who is also an internationally-recognized expert on women's health and the development of self-help programs. She teaches The Sacred Seven: A Course in Applied Modern Witchcraft. She has written the forthcoming Keeping Her Keys: An Introduction to Hekate’s Modern Witchcraft. She started Keeping Her Keys to fulfill her mission and dream of writing and teaching about Applied Modern Witchcraft and Hekate. You can read more about the author here.
Previous Post 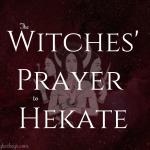 January 24, 2018
Practicing Spiritual Witchcraft: The Combined Superpowers Of Gratitude And Prayer
Next Post 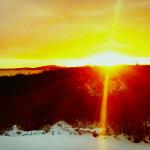 January 28, 2018 Honoring the World Soul with a Sunrise Ritual
Recent Comments
0 | Leave a Comment
"I think the idea that baneful magick is seen as "bad" stems partially from ignoring ..."
JenniWest The Necessity of Baneful Witchcraft
"Thank you, Katherine! I have been practicing witchcraft since young adulthood & I've been a ..."
Laura Lee Underwood Witches Are Not Light Workers. We ..."
"I don't know much about any of this, but I'm replying to you because the ..."
Katherine Lee Ann Montague Witches Are Not Light Workers. We ..."
"https://rivaliran.com/very nice"
Hamed Tak Original The Power Of The Witches’ Mind: ..."
Browse Our Archives
Follow Us!