Intentional lucid dreaming is a way to explore the dreamworld with a purpose. I finally found sweet dreams using this approach. 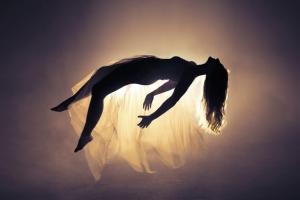 All winter I’ve been using different metaphysical techniques to explore balance. So far, I’ve used the Tarot to better understand approach and avoidance, witchcraft to study female and male energy and journeyed to the realms searching for the balance of dark and light. I’m not the only one on this trek, there’s a group of adventurers on the exploration bus with me.

Like any group I’ve lead, teaching this one is a combination of chaos and control. I am the one developing and delivering the content, that much I can control. What I can’t control is the people involved. We get sick, have power outages, and kids that demand every minute of our time. And that’s just me! Seriously. Life is chaotic. All we can do is try to figure out what we can control and when we need to just let shit go.

We’re inundated with so much information these days that drama seems to never be more than a click away. The problem with getting caught up in someone else’s problem is that we risk spiraling into their own chaos. Frankly, most of us have enough of our own. The first step in achieving balance regarding chaos and control is to learn to mind our own damn business. If it’s not my circus, then I’m not responsible for those monkeys. My own animals take up enough of my energy, especially me as the monkey-in-chief trying to figure out my own life.

In all the hustle and bustle of everyday life, I can get caught up in other people’s drama just like anyone else. Four a.m. social media surfing is probably not good for me, although the spectacle of it all is highly entertaining. I decided to make better use of my nocturnal hours by engaging in what I call intentional lucid dreaming.

The Chaos of the Dream World

Our dream time is an excellent landscape for exploring the balance of chaos and control. In the dreamscape, we can appear to be in complete chaos. Nothing is under our control. We wander aimlessly through the night, going from one dream to another. For most of my life, I was plagued by horrific nightmares. Once in a while, I would be woken up by one of my sons because I had been screaming in my sleep yet again. My tendency to do this with what I’ll call a “new sleeping partner” sent more than a few of them straight to their cars never to be heard from again. I tried many techniques to get rid of these nightmares, from melatonin to intense chakra work. Things would work for a while, and then it would happen again. I seemed to have no control over when they would strike, except for the rather annoying probability that a stranger in my bed would trigger one. 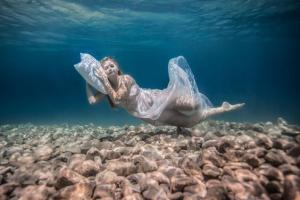 Back when I was learning how to quell my nightmares, I had already been familiar with lucid dreaming for many years. Looking back, I would say that my attempts to use lucid dreaming to stop the nocturnal terrors worked for a while, like most of other things I tried. There are a variety of different approaches to lucid dreaming, and just about as many ways of defining it. For this article, I’m focusing on the type of lucid dreaming featuring a dream state that occurs when there is an awareness of the physical body. This is coupled with a sense of detachment from the contents of the dream. There are loads of instructional videos on YouTube that you can watch to learn more about how to lucid dream.

My nightmare taming skills sounded a lot like lucid dreaming with intention. I had to call the horrors to mind and then rewrite a new script. By rehearsing this new “movie” in my head, I unraveled the neural networks that had solidified themselves into my habitual night time horror flicks. I learned to gain control over my chaotic parade of demons.

I started to experiment with this approach with lucid dreaming several months ago. While the nightmares had left, my dream world was still a chaotic jumble that was typically unsettling. I wanted to have pleasant dreams like the rest of the universe. Lucid dreaming seemed like an obvious way to achieve this, but I wasn’t taking any chances. I used the intentional approach from the treatment to set the stage for sweet dreams. This was very effective. I haven’t been doing this for the past several months because, you know, life. When I was making the list of topics for the balance exploration, the idea of chaos and control came to me while I was listening to a podcast at four a.m. instead of sleeping.

While I was contemplating chaos and control, it became clear that the dream world was where the battle of the two played out most strongly in my life. I decided to get back to my intentional lucid dreaming practice. Once again, it’s helping.

There’s two different ways that I do intentional lucid dreaming. Both require me to have a script developed during the day so I can easily bring it to mind at night. One way is to get into a highly relaxed state before I fall asleep. Once I feel that I am just about to drift off, I bring the dream script to mind. I really contemplate it – the images, the people, the outcome. Because I am so near sleep, I can slip right into the script.

The other way I’ve tried intentional lucid dreaming is when I wake up in the middle of the night, I call that script to mind (instead of listening to a podcast). The same process happens – I slide right into the dream while I am still aware of my body. The cool thing that happens when I use this approach is that my body feels completely weightless.

Using intentional lucid dreaming, I’ve been able to gain control over my chaotic dream world. Lately, I’ve been taking vacations to various big cities with my sons. I know that’s quite mundane, but it’s fantastic after all the years of nightmares. 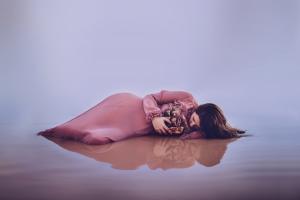 The technique I use can be applied to any sort of intention, whether you desire to explore the realms or visit with your deceased loved one. Here’s a summary of what I’ve found to work:

Get to Know Your Dream World

Write about your dreams for at least a few weeks so you can figure out the dominant themes, characters, and emotions you feel. If you like, you can make note of how chaos and control play out in your dreams.

Just like in any sort of magickal working, you need to be very clear about what it is you hope to achieve. Start with your general idea and the narrow it down. Your intention can focus on happy dreams like I did, or you can seek to solve an everyday problem, or you can apply this technique for a metaphysical scenario (like receiving messages from a spirit guide).

Expand your intention into a detailed script. Include the characters, themes, locations, your emotions, etc.

You need to think about the script several times before attempting to use it for lucid dreaming. Practice the script for 5-10 minutes a couple of times a day until you feel confident that you can call it to mind when you are quite sleepy.

I wrote about the two approaches that I’ve used above. You can experiment with the best time for your intentional lucid dream efforts.

Write About Your Intention Lucid Dream

As soon as possible after the dream, journal about it. Dream messages often come to us in riddles and symbols. Writing about them can help us unravel their meanings.

If you are using intentional lucid dreaming for metaphysical work, avoid doing more than once a month or so. This is very intense work that can take time to process. Otherwise, enjoy using this approach to help ensure a less chaotic dream world.

All images by Jenna Martin. Used with permission.
See more of her amazing photos on Instagram.
The beautiful sleeping underwater model is Rachelle Kathleen. She’s also on Instagram.

Music to lucid dream to: Medicine Work by Byron Metcalf.

To learn more, visit Keeping Her Keys on Facebook. 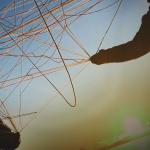 February 4, 2018
Welcome to the New P-Age: Weaving a Pagan Web for Our Time
Next Post 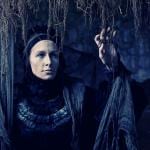 February 9, 2018 Hekate: Goddess of Witches, Dark Mother And Keeper Of The Keys
Recent Comments
0 | Leave a Comment
Browse Our Archives
Follow Us!