Hex Appeal: The Power of Cursing

“I will myself take the sword — even if I must die —
and kill them — I will go to such an extreme of daring.
No! By the mistress I worship
most of all and have chosen as my helpmate,
Hecate, dwelling in the inmost recesses of my hearth,
no one will bruise and batter my heart and get away with it. “

Medea’s story may be more of a warning than a happily-ever-after tale, but I can relate to her broken-hearted raving. Being a very powerful witch with Hekate on her side, she got her revenge, but at a very high cost.  I bet she would say that her vengeance was worth it. Medea knew the power of a great curse, especially when Hekate is called upon to help. Plus, she was willing to die to see justice done. That’s some good old fashion hexing.

Why has Hexing Become Taboo?

Cursing and hexing have been stigmatized by some practitioners who see them as violations of the “harm none” approach to witchcraft. My days are often consumed with digging through ancient texts, so hexing is definitely part of my world. Like being able to empathize with Medea, I can also understand why cursing was popular way back then. People do us all sorts of harm. There’s no reason to be a martyr. Why is it that, for some, the idea of evening the score is taboo? 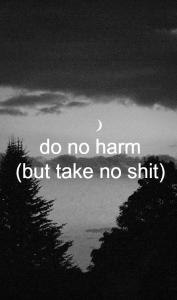 The politically correct way to energetically deal with those who trespass against us is through protection magick. This only goes so far. And do you really want to live your life in a white-light prison? I don’t. I want to be free to interact with all the world has to offer…except some people. The problem is them and not me. In general, it’s great to reinforce our personal boundaries with a bit of energetic oomph, but always having to protect yourself against threats is no way to live.

Protection spells can be effective in keeping someone from harming us further. Is this enough? What about preventing them from hurting anyone else or paying for their actions? I’m not “light and love” enough to wish those who caused me serious pain the good life. I’ll pray for them – that they should be relieved of their horrible ways – and I’ll curse them that they know the suffering they’ve inflicted on others first hand. This is very different than if someone is genuinely in the grips of an illness, is having a bad day or made a careless mistake.

What about the perpetual jerks? The psychopaths, the abusers, the mean-spirited and the chronic liars that can cause havoc in our lives. While I believe that the first line of defense in dealing with this lot is protection, there are times when it’s not enough. Their trauma-inducing endeavors need to be stopped.

Then it’s time to turn the magickal tides in our favor. I believe we are ethically compelled to protect the innocent when necessary. Justice and vengeance have their part to play, as well. I’m not going to advocate for the latter. It’s a personal choice if revenge is worth it. Remember Medea. On the other hand, sometimes destroying your enemies is the only option. Cersei in Game of Thrones had been brutally punished and humiliated. Once freed she knew that the only way to deal with her enemies was to kill them all. I don’t think this is a situation that many of us face, but the stakes are high in abusive relationships and when violence is involved.  Digging down to find our inner lion can be necessary. 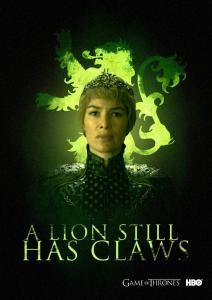 The Ethics of Cursing

Personally, I’ve only done a handful of curses in my life. They were against people who had gravely hurt myself or a loved one. I’m defining cursing as any form of magick that is designed to negatively interfere with an unknowing person. The thing about cursing is that it’s done without the recipient’s knowledge. There are some practitioners who think even doing that is unethical. I say it depends on the situation. If there’s no other way, then hexing is an ethical decision.

The Fine Art of Cursing

Here’s an example of an incantation that includes various types of protective and cursing magick:

“May no more harm come to me or mine (protection)

His days of rage this spell does disengage (prevention)

Around this image, this rope I bind, freeing me from him from all of time (binding)

And suffer he will for all he’s done ill (curse).”

The spell becomes a curse at the end when I wish pain upon the recipient, but it is justice and not vengeance that I was after. This excerpt is an example of the type of hexing that I’ve done. In each case, I used correspondences and something connected to the recipient like their hair or clothing. I also put loads of effort into writing an incantation that reflected what I truly wanted to happen.

Hexing is a lot of work, so if you’re hoping for a quick fix, there isn’t one. Getting away from any horrible person takes all we’ve got. The examples from my life included a truly miserable ex-wife of my partner at the time. The woman was set on destroying us. I did a “cease and desist” spell on her. She died in her sleep a couple of months later. Obviously, there’s no way to tell if the curse work – but the problem was solved. Another time was against my ex-husband where I did a binding spell to keep him away from us. It worked, maybe too well. Now he’s gone for good.

The Hex Appeal of Power

Each time I did the hexing, I was fully aware that there could be consequences for the recipient. However, I refuse to believe that cursing bounces back to the practitioner if we are justified in our actions, and perhaps even when we aren’t. But, then I spend a lot of time reading ancient texts where everyone seems to be cursing each other and no one is too worried about the after-effects. What I take away from these historical spells is the feeling of power that oozes from every word. This sense of control is the real benefit of cursing. If we perceive ourselves powerful enough to hex, then we most likely have the personal agency necessary to do all we can to get out of a situation. Even if it requires self-sacrifice. Being assertive, standing in our own power and taking risks are the elements of hexing that I find most appealing. 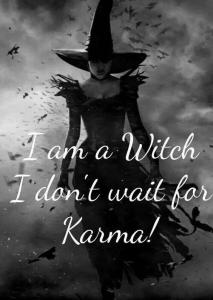 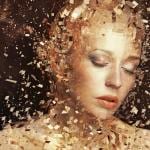 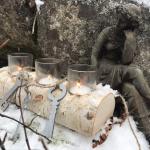 March 20, 2018 Re-Imagining Persephone and the Complexities of Women's Choices
Recent Comments
7 Comments | Leave a Comment
Browse Our Archives
Follow Us!