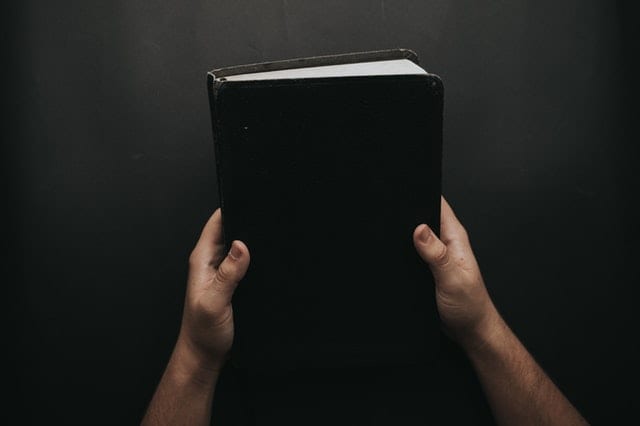 Recently, as I have watched the news, there is lot of attention being focused on politicians who identify as “Evangelical Christians” who seek to use their influence within our Government to impose “Shekina Law” in this country.

This is an example of Christianity in action, because dozens of the members are representing the Christian point of view, which boils down to a hatred for other religions and a desire to impose their religious views on everyone else. Keep in mind that this is an example of a majority of Christians in Congress. Since they appear to be good Christians, they are following the Evangelical Christian play book – the Bible. The Bible, the Christian Holy Book, is important because it is a book of instructions that dominates a Christian’s life. It takes preference over anything else including our Constitution.

For a second, just think what would happen if there were 20 Christians in Congress with the same agenda? They would try and have Shekina Law adopted as the law of the land, have Christianity taught in the schools and try and convert you and me to accept the Christian faith and disavow the Constitution which guarantees freedom of religion for everyone.

Now, I can’t blame the Christians for pushing their agenda, but it is not compatible with the express intentions of our Founding Fathers. For example, the Bible stresses that Christians should follow everything in the Scriptures because it is the “Word of God” which cannot be broken. This means it’s a Christian’s duty to follow EVERYTHING written in the Bible, and this would include the numerous commands given by God to punish (infidels) who do not accept Christianity as their dominant religion. For example, in several of the Old Testament passages in their Bible, God commands that these unbelievers be slaughtered – including women, children and infants! Yes, even pregnant women are commanded to be murdered by these faithful followers of Yahweh in their Holy Book. In the future, do you want this policy taught to your children? You don’t have to believe me, just look to other nations where Christianity is the national religion, because the proof already exists in segregated Christian communities neighborhoods where infidels and “Non-Christians” are not welcomed, served food, etc.

Do you want this for our country? I’ll let you be the judge.

*NOTE: The above article was inspired by actual articles like THIS ONE.

Honestly, I basically just traded out the words “Islam” for “Christianity” and “Qur’an” for “Bible” and “Sharia” for “Shekina”, and the rest of it was left largely untouched.

The truth is: Evangelical Christians who talk like this about Islam and the followers of the Qur’an are basing their rhetoric on fear and ignorance.

Anyone can cherry-pick the worst examples of another religion and place it alongside the best of their own religion and try to prove that theirs is the best while others are evil. 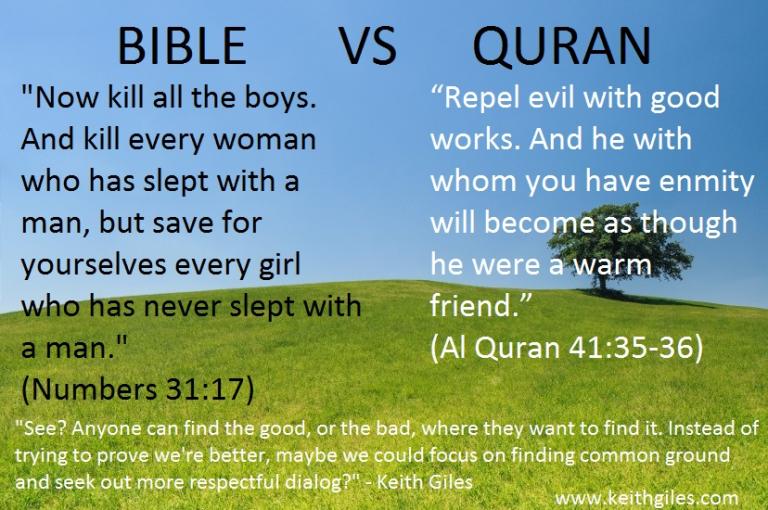 This sort of fear-mongering only leads to division, arguments, and eventually violence and death.

We have to try harder.

Here’s an idea: Try focusing on what we have in common rather than pick out how different we are. If Christians would do that, they’d discover that they have SO MUCH MORE in common with Muslims than they ever imagined.

What do we have in common? Jesus!

Muslims believe in Jesus. The Qur’an has much more to say about Jesus than about Mohhamed! [Yes, that’s right].

And what do Muslims and Christians both agree about Jesus?

That Jesus was the “Word of God”

That Jesus was of the Spirit of God.

That Jesus healed the blind and the leper.

That Jesus is alive now.

That Jesus ascended into Heaven.

That Jesus is alive now.

That Jesus is returning one day soon to judge the world.

Did you know that? Probably not.

This means we need to be careful what we look for.

If we seek peace [as the follower of a truly peaceful religion must do] then we will start by looking for what we have in common with one another. If we do that, this will lead us down the path of connection, dialog, friendship, and peace.

But if we want to pick a fight [which only a follower of a violent religion would do] then we’ll start by making a list of all the things we disagree on. This will take us down the path of argument, conflict, violence and eventually war and death.

But according to our own scriptures, “we have not been given a spirit of fear but of love.” [2 Tim. 1:7]

And if we truly embrace this love of God, what we’ll discover is that “perfect love drives out fear” [1 Jhn 4:18]

So, we have to choose. Do we want to continue wallowing in our fears? Are we committed to peace or to violence? Are we driven by love or are we slaves to fear?

If we are truly disciples of Jesus, and if take his words seriously, then we cannot continue to abide this sort of fear-based rhetoric that continually places us in this “Us vs Them” posture.

Instead, we have to work hard to look for common ground and seek the ways that lead to peace, as Jesus has shown us.

The choice is ours.

But, we will never inspire anything other than more conflict if we continue demonizing people of other faiths. This will inevitably lead to violence.

And we will never change anyone’s hearts or minds by seeking political power or influence for our particular religion. We don’t want Muslims to do this, and yet we seem perfectly comfortable doing it ourselves.

So, if we don’t want them imposing their religion on us using political influence, then we shouldn’t seek to impose our religion on them either.

My hope is that Christians can wake up from their addiction to fear and embrace the teachings and example of Jesus who urged us to love those who are not like us.

I know we can do it. In fact, many of these same Evangelical Christians who so strongly fear Muslims have incredible love and acceptance of the Jewish people. Even though those Jewish people reject Jesus as the Messiah and do not affirm anything about the New Testament scriptures, Evangelical Christians have chosen to overlook those differences and have decided to focus on what they have in common.

So, we’re already really good at this. We only need to do the very same thing for Muslims as we currently do for our Jewish friends: Focus on what we have in common and choose to ignore what we disagree on.

For Muslims, this is a much easier task since what we have in common is Jesus!

But the real question is: Will we do it?

That remains to be seen.

Keith’s new book, “Jesus Undefeated: Condemning the False Doctrine of Eternal Torment” is available now on Amazon.
Want Keith to come speak at your church or in your home town? Send an invitation HERE
Can’t get enough? Get great bonus content: Patreon page. 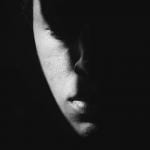 March 9, 2020
Why Is Jesus A Minor Character In The Religion Named After Him?
Next Post 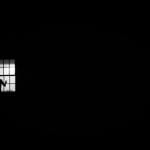 March 16, 2020 Why Fear Of Coronavirus Is Worse Than Coronavirus
Recent Comments
30 Comments | Leave a Comment
Browse Our Archives
get the latest from
Keith Giles
Sign up for our newsletter
POPULAR AT PATHEOS Progressive Christian
1