Exposing The False Gospel Of Evangelicalism 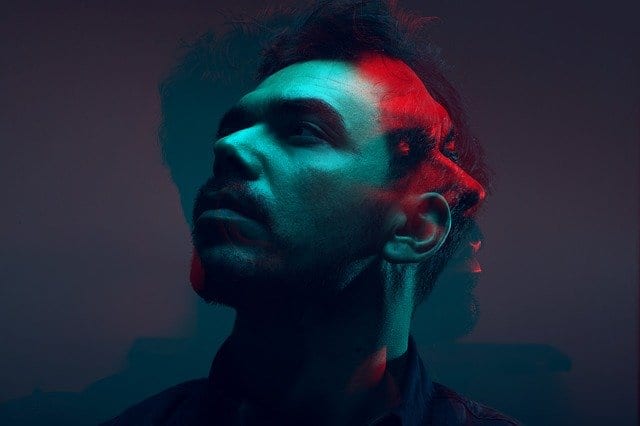 For most of my life I was told a lie about the Gospel of Jesus. It was only a few years ago that I heard the actual Gospel message of Jesus, and everything has changed since then.

See, I was raised Southern Baptist. I was even licensed and ordained as a Minister of the Gospel and served in numerous Christian churches as a pastor at various levels. During that time I only knew the False Evangelical Gospel which went something like this: “If you don’t want to burn in hell forever, repeat this prayer and believe that Jesus died on the cross for sins, rose from the dead and is coming back to destroy sinners and rescue the Christians.”

This is not the Gospel that Jesus preached.

It’s not the Gospel found in the New Testament scriptures.

The sinner’s prayer isn’t in the Bible.

Here’s how you know that someone believes the false Gospel of Evangelicalism: They turn to 1 Corinthians to find out what the Gospel is.

See, the true Gospel is found in one of those four little books at the start of the New Testament. They’re even called “The Gospels”, so it’s not hard to find.

We might also want to start with Jesus if we really want to know what the “Good News” [Gospel] is all about, don’t you think?

So, let’s try to clear the fog around this topic and uncover the truth about the Gospel that Jesus came and died to bring to us, shall we?

Ok, the “Good News” or “Gospel” that Jesus proclaims [once again, found in the Gospels of Matthew, Mark and Luke primarily] is this: “Repent! The Kingdom of God is at hand.” [Matt. 4:17]

Jesus starts his ministry off by declaring exactly what the Gospel is. He then launches into his most famous [but least studied] Sermon on the Mount where he shows us what life in this Kingdom of God looks like, and then he wraps up this sermon by asking us, “Why do you call me ‘Lord, Lord’, if you don’t do what I say?”

See, simply put, the Good News of the Kingdom is that we can experience the rule and reign of God in our lives today. We don’t need to wait until after we’re dead. We can experience the indwelling presence of God within us right now. We can live in the realm where God is King and Jesus is Lord in each and every moment.

This is why Jesus starts off by saying, “Repent!” which does NOT mean “Feel sorry for your sins.” The Greek word “Metanoia” is literally translated as “Think Different!”, and the reason why Jesus felt it necessary to declare this to his Jewish audience was because they all believed that God’s Kingdom was “out there” somewhere, coming soon, but far away and only if/when the Jewish people once more ruled themselves politically.

Jesus steps forward and says, “Reconsider this: The Kingdom of God is here today!” So, rather than wait for something to happen first, everyone could enter the reality of God’s Kingdom immediately. That was a huge paradigm shift for his listeners.

Jesus also wanted to emphasize that this Kingdom of God was not only accessible here and now, but that it was also wide open to everyone – yes, even to those Gentiles and Pagans and even the Samaritans – which was one of the messages that his people resisted most vigorously and why they first wanted to kill him. [See Luke 4: 16-30]

Here’s where the False Gospel of Evangelical Christianity has everything twisted: They place Paul [not Jesus] in the center of their theology. They allow Paul’s statements in 1 Cor. 15:1-7 to redefine the Gospel message. They ignore the Sermon on the Mount. They obscure the actual Gospel that Jesus preached and replace it with a Gospel that emphasizes our sinfulness, our need to be saved from our sins, and our separation from God.

For the record, Paul the Apostle never taught any of this.

The False Gospel of Evangelical Christianity has invented a version of that they prefer and replaced the actual Gospel of the Kingdom which both Jesus and Paul preached exclusively.

“We must go through many tribulations to enter the kingdom of God.” [says Paul] – Acts 14:22

That’s eight verses from the New Testament that affirm the idea that Paul preached the Good News/Gospel of the Kingdom.
For that matter, Philip and the other Apostles also taught the Good News of the Kingdom [because there was no other Gospel to teach], as we see demonstrated here:

So, what about that passage in 1 Cor. 15:1-7 where it seems like Paul describes ANOTHER Gospel?

Well, let’s take a look at what Paul actually says:

Now, brothers and sisters, I want to remind you of the gospel I preached to you, which you received and on which you have taken your stand. 2 By this gospel you are saved, if you hold firmly to the word I preached to you. Otherwise, you have believed in vain.

3 For what I received I passed on to you as of first importance: that Christ died for our sins according to the Scriptures, 4 that he was buried, that he was raised on the third day according to the Scriptures, 5 and that he appeared to Cephas, and then to the Twelve. 6 After that, he appeared to more than five hundred of the brothers and sisters at the same time, most of whom are still living, though some have fallen asleep. 7 Then he appeared to James, then to all the apostles…”

Notice that the first 2 verses affirm that Paul preached the Gospel to them. But, based on what we can see in those other 8 references above, the contents of Paul’s Gospel was exactly the same as the Gospel preached by Jesus – The Good News of the Kingdom of God.

After that, Paul starts to get more specific about the message of the resurrection of Christ. But he does not intend to say that this – and only this – is the Gospel.

How do we know this? Because we have at least 8 other examples where Paul affirms what he preached: The Good News of the Kingdom of God.

Not only that, whenever we read Paul’s statements like “…if you confess with your mouth that Jesus is Lord and believe in your heart that God has raised Him from the dead, you will be saved” [Rom. 10:9], the phrase “Jesus is Lord” is a Kingdom-oriented statement. Because no one can say “Jesus is Lord” and expect to be saved if it’s not true that Jesus is their actual Lord. [Remember: “Why do you call me ‘Lord, Lord’ if you don’t do what I say?” statement  from Jesus].

In other words, confessing that Jesus is Lord is not a magic phrase like “open sesame” that gets you into heaven. What Paul means is that we need to actually surrender ourselves to follow Jesus in our daily life – which is what living in the Kingdom of God is all about.

So, I’m not one to call people heretics or false teachers. In fact, I’ve been called both of these [and worse] so often that I started a podcast called the Heretic Happy Hour to poke fun at the practice and try to tone down that sort of thing as much as possible.

However, I’m starting to get a bit angry at the religious system that twists the words of Jesus, diminishes the Gospel he preached, distorts the teaching of Paul, and propagates a false version of the Gospel that uses fear to manipulate people and prevent them from hearing what Jesus actually said.

That sort of chaps my hide, if I’m honest.

Please forgive me for saying so, but the Gospel of Evangelical Christianity is not the Gospel. It’s a false Gospel. It’s a manufactured disinformation campaign that – so far – has largely succeeded in blinding Christians to the words of Christ and deceives them about the actual Gospel that Jesus preached.

Help me to expose this false doctrine. Spread the word. The Gospel of Evangelical Christianity is not the Gospel of Jesus. It’s not even the Gospel of Paul. It’s a massive disinformation campaign aimed at distracted people from the message of Jesus. So far, Christians have swallowed it whole. It’s time to wake them up.

Think Different! The Kingdom of God is wide open! We can live in the unfiltered presence of God right now! We’re not waiting for it to come “some day”, because it’s here today. All we have to do is follow Jesus and he will show us how to live this Kingdom kind of life here and now: Loving others, serving everyone, forgiving freely, sharing with our neighbors, blessing those who curse us, and being the incarnation of Christ in the world today.

That’s the Good News of the Kingdom! That’s the message even Christians today have never heard.

How many people can you tell today?

Deconstruction is painful. Reconstruction isn’t easy. If you need someone to help you walk through it step-by-step, this 90 Day Online Course is for you. 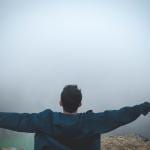