How Will #churchtoo Affect Women in Church Leadership? 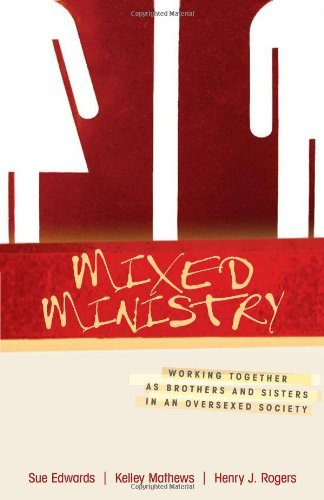 Another week, another pastor resigning due to accusations of sexual misconduct. The recent phenomenon of #metoo and #churchtoo appears to be strengthening as the months go by. A purging of hidden sin and power abuse can only benefit the body of Christ, painful though it is to endure. Some male leaders have reacted by invoking the “Billy Graham rule”—promising never to meet with a woman privately.

But Mixed Ministry: Working together as brothers and sisters in an oversexed society—published ten years ago but more relevant than ever—argues that men and women must partner for the gospel. The kingdom of God cannot flourish with only male leadership. The obvious challenges of abusing power through sexual misconduct should not scare us away from empowering both men and women to use their spiritual gifts of leadership, teaching, administration, and pastoring in roles that allow them to influence the body of Christ. Spiritual maturity and intelligent policies (i.e., common sense?) are both needed—in both men and women—to make room for both divine image-bearers in church leadership.

The following excerpt explores the common call that God has placed on women and men as we serve his church together.

Our Mutual Assignments as Brothers and Sisters

Each of us comes into this world with advantages and disadvantages. Some of us arrived to godly, loving parents; others of us were unwanted. Some of us may have enjoyed an Ivy League education while our neighbor had to work to get through community college. God ordained the century, country, and family into which we were born.[i] He gave us our natural abilities, gift-mix, temperament, and personality. And he determined whether we would be male or female. Despite the differences, as Christians, brothers and sisters, we are called to the same pursuits and responsibilities.

We Are All Called to Know Jesus

Salvation means saved for a purposeful life now and from eternity without God. When we trust Christ for salvation, we were born into God’s spiritual family. We are brothers and sisters, with an obligation to love and treat one another respectfully.

We Are All Called to Grow Up

Sanctification is the process of growing to maturity as we journey through life. The Bible tells us who Christ wants us to be and how He wants us to behave. The fruit of the Spirit is not pink or blue, but applies to both men and women, despite their natural bents because of innate sexual qualities. Men may naturally be more aggressive than women but we are all called to peace and gentleness. Women may be considered more prone to gossip, but all are called to benefit others with their words. Jesus mastered the art of loving others, the model for us all.

Have you heard that all women want is security and all men want is significance? It is not true. Yes, security is important to women, and men find great pleasure in meaningful work. And many women, because of their temperaments and gift-mix, enjoy a behind-the-scenes role, but many women do not. They want to participate in “ruling and subduing”[ii] beyond their own white picket fence. When men and women attempt to fill a prescribed role that does not fit their gift-mix and design, expect trouble. Let each individual pursue tasks that line up with the way God created them, employing wise priorities, and in good conscience before the Lord.

Parenting is an obvious example of the necessity of men and women to work together in life’s tasks. That level of partnership—male and female—is equally necessary in the life of the church, to do an effective job of carrying out our tasks there.

We Are All Called to Obedience

Following Christ means obeying Him and making moral decisions based on the Bible. Research suggests that men tend to make moral decisions based on right and wrong, a concern for justice, and women tend to make moral decisions based on how it impacts others, a compassionate perspective.[iii] However, women cannot use their natural tendencies as an excuse to make unbiblical choices. Maybe God created us this way as brothers and sisters, expecting that we would consult one another, dialogue, and hammer out tough decisions together based on both right and wrong and how the decision impacts others—justice and compassion. Consider how this process might result in wise family and ministry decisions for both future generations and God’s work on earth.

We desperately need the very people who challenge and contradict our cherished notions of truth. We may never agree, nor do we need to do so, but we need others—especially those who challenge us to dig deeper and become more human.[iv]

We Are All Called to Serve

Men and women, brothers and sisters, are gifted and empowered by the Holy Spirit to impact their families, churches, and communities—locally and worldwide. Women have all the gifts that men have, and a failure to develop them is criminal. Brothers carry a grave responsibility to see that their sisters have opportunities to equip and serve. In most ministries, men stand in front. They were the kings, priests, apostles, evangelists, authors of the Bible, and church fathers. Women serve in more supporting roles—but being in front means opening doors for those coming alongside rather than being the boss—a worldly, unbiblical concept. God made us different because we are designed to complement one another in the home and in ministry. Our combined strengths make us a formidable team.

Yes, we are different—and we are the same. Fleshly people use the differences to stereotype, to excuse bad behavior, to put down, to gain advantage, to have their own way. But spiritual people,

Christian brothers and sisters, are called to higher ground. Recent breakthroughs have shown us that many of us were wrong in our approach to gender differences. Scientists are quick to say that they have only scratched the surface. There is so much more they do not know and may never know. It’s a complex business. Maybe all sides were foolish to be so dogmatic. Maybe one caution is for us all to lay aside our arbitrary assertions, acknowledging that gender differences are a profound mystery.

One thing we know for sure is that our Father calls us to work together—unity not uniformity, respecting and loving each other, complementing one another’s individual strengths and weaknesses—for His glory and  work on earth.

[i] “From one man he made every nation of men, that they should inhabit the whole earth; and he determined the times set for them and the exact places where they should live.” Acts 17:26 (NIV)

[ii] “God blessed them and said to them, ‘Be fruitful and increase in number; fill the earth and subdue it. Rule over the fish of the sea and the birds of the air and over every living creature that moves on the ground.’” Genesis 1:28  (NIV)

[iii] Both responses reflect the character of God. Exodus 34:6-7, “The Lord passed by before him and proclaimed: “The Lord, the Lord, the compassionate and gracious God, slow to anger, and abounding in loyal love and faithfulness, keeping loyal love for thousands, forgiving iniquity and transgression and sin. But he by no means leaves the guilty unpunished…” 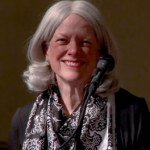 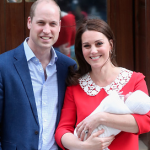 April 26, 2018 How My Kids Identify with Their Royal Cousins
Recent Comments
2 Comments | Leave a Comment
Browse Our Archives
get the latest from
Kelley Mathews
Sign up for our newsletter
POPULAR AT PATHEOS Family
1

How Can Having a Narcissistic Parent...
Terry Gaspard
Books by This Author Books by Kelley Mathews 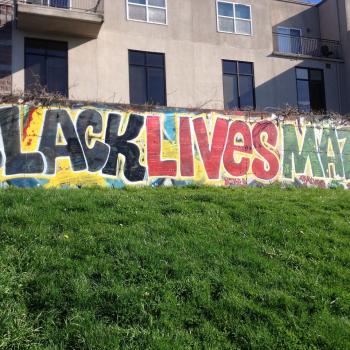 Family
Why ‘All Lives Matter’ Misses the Point
Kelley Mathews 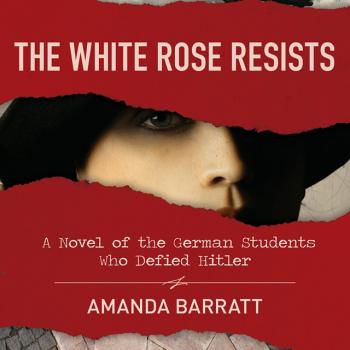 Family
The Woman Who Worked For Hitler . ....
Kelley Mathews 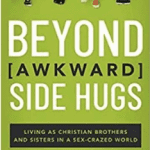 Family
Beyond Awkward Side Hugs: A Better Model for...
Kelley Mathews 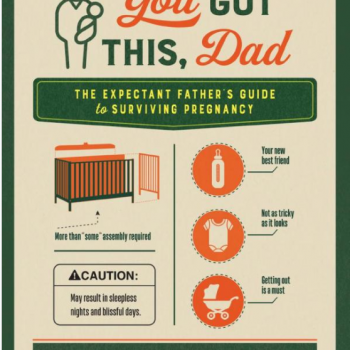