The Church Can Respond Well to the Sexual Abuse Crisis: Author Interview 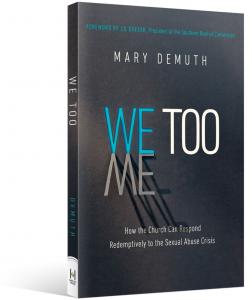 Mary DeMuth, a prolific writer of both fiction and non-fiction, is also an advocate for the abused. Herself sexually abused as a child, she has dared to face that dark reality by writing it into some of her fiction, by straight-out sharing her story in person to groups large and small, and by encouraging other victims through her written testimony. Mary is an example of someone who has allowed God to redeem brokenness so the darkness doesn’t win but God’s grace has room to shine.

When #metoo and #churchtoo broke into public awareness in 2018, the church as a whole began to grapple with, and often deny, the reality that sexual predators enjoyed too much freedom to flourish and escape judgment—inside the church. Leaders prominent and lesser-known began to face repercussions from their own disgraceful conduct toward women, and more women began coming forward with their stories of sexual abuse. Some church leaders wondered how to better protect their congregations from potential predators, while others continued to ignore the issues or lash back at accusors. Even the Southern Baptist Convention (SBC) used their annual convention in summer 2019 to highlight the issue and consider solutions for churches.

In the midst of this national conversation, Mary was writing We Too: How the Church Can Respond Redemptively to the Sexual Abuse Crisis. In it, she urges the church she loves to face the evil of sexual abuse and harassment with candor and empathy. Including research and survivors’ stories, founded in her deep love of Scripture, Mary provides a healthy framework for the church to become a haven of healing instead of an institution of judgment.

Listen to Mary’s heart in this interview as we anticipate the release of We Too:

1. You have written on sexual abuse in the past (Not Marked, in particular). What prompted you to write We Too?

Mary: I have grieved over many stories of folks who have run to the church for help only to be maligned, disbelieved, or dismissed. This does not represent the heart of Jesus toward those who suffer. Because I love the church, I grieve every time this kind of callous indifference surfaces because it has broken people’s hearts, and, in some cases, caused them to leave church altogether. Writing this book was my response, hoping to encourage churches and their leadership teams to look at this issue biblically.

Mary: In the case of this book, I wrote it fast (in a month or so) because the subject matter was difficult on my heart. Typically I read a lot of books, listen to a lot of people who have dealt with an issue, and I do a lot of internet research as well. Then I outline the book and write, write, write.
Continue Reading 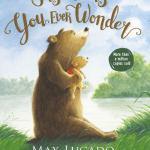 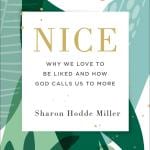 August 15, 2019 Are Christians Supposed to Be Nice?
Recent Comments
0 | Leave a Comment
Browse Our Archives
get the latest from
Family
Sign up for our newsletter
POPULAR AT PATHEOS Family
1