The Bible Is Not “the Word of God”

Nearly all Christians think the Bible is “the word of God.” But they are mistaken if they go by the Bible. According to the Bible, “the word of God” is that which is spoken, not that which is written. There is one exception, and we’ll get to that later. Thus, “the word of God” is what people hear spoken, especially preached, but not what they read. An important reason for this is that during Bible times, most people were illiterate and therefore, except for having dreams or visions, could only receive a message from God by what was spoken by God’s representative. Some scholars, pastors, and other Bible teachers distinguish these two concepts by referring to “the spoken word of God” and “the written word of God.” That distinction, however, is not in the Bible. What difference does it make? We’ll also get to that later.

In the Bible, “word” is the translation for dabar in Hebrew OT (Masoretic Text) and either logos or rhema in the Greek NT. All of these words mean speech, though rhema occasionally can mean “event” or “thing.” Moreover, dabar is a noun or verb, so that as a verb it can only mean “to say” or “to speak.”

Then, what does the Bible call itself if it is not “the word of God”? Actually, the very concept of the Bible is not in the Bible. But the concept of part of the Bible is in the Bible. For example, the New Testament (NT) often refers to the Old Testament (OT), or portions of it, as “scripture(s).” The word in the Greek NT from which “scripture” is translated is graphe, which means “writing.” And the Greek NT uses biblios to do so, such as “the book of Moses” (Mark 12.26). Sometimes, the NT uses the expression “that which is written” to refer to a portion of the OT. The book of Revelation has the concept, “the words of (the prophecy of) this book” (Rev 22.7-10, 18-19; words=logous and book=biblios). And Luke uses logos to refer to his gospel book (Lk 1.1).

Bible dictionaries reveal that dabar, logos, and rhema refer to speech and sometimes to a specific proclamation or event. The Theological Dictionary of the New Testament, a ten-volume resource, says (4:71) the Greek words lego, logos, rhema, and laleo mean “‘to say,’ ‘to speak,’ ‘to tell,’ word,’ ‘speech.'” William D. Mounce says of “word” in his Mounce’s Complete Expository Dictionary of Old and New Testament Words, “It is common for modern Christians to use the term ‘word’ as a synonym for the Bible,” yet “there is no NT usage of logos for the written OT.”

The rare exception in the Bible to this principle about “the word of God” being used exclusively for that which is spoken, thus not what is written, is when the NT three times calls Jesus “the word.” But it only calls him “the Word of God” once.

First, the Fourth Evangelist writes, “And the Word became flesh and lived among us, and we have seen his glory” (Jn 1.14 NRSV). This refers to v. 1 that has been traditionally translated in English in the past 400 years, “In the beginning was the Word, and the Word was with God, and the Word was God.” I think its meaning is that Jesus was the full embodiment of God’s word (Gr. logos), which like Philo I don’t take to be a personal entity that preexisted the man Jesus of Nazareth.

Third, the book of Revelation says at Jesus’ second coming he rides out of heaven on a white horse, “clothed with a robe dipped in blood; and His name is called The Word of God” (Revelation 19.13).

But all other expressions of “the word of God” in the Bible refer to that which is spoken. My favorite among these is Heb 4.12: “For the word of God is living and active and sharper than any two-edged sword, and piercing as far as the divisions of soul and spirit, of both joints and marrow, and able to judge the thoughts and intentions of the heart.” Another one of my favorites is the Apostle Peter’s remark about Genesis 1, in which God spoke creation into existence. Peter says, “by the word of God the heavens existed long ago and the earth was formed out of water and by water” (2 Pet 3.5). So, God spoke, and the big bang happened, that is if you believe in the big bang as I do. Another is Rev 6.9: “I saw underneath the altar the souls of those who had been slain because of the word of God, and because of the testimony which they had maintained” (cf. Rev 1.9; 20.4).

To easily prove to yourself what I’m saying, all you have to do is look this up in a complete concordance of a Bible version, preferably a more word-for-word translation such as the New American Standard Bible. But in this case, it won’t make a difference if it is a concordance of a major English version of the Bible.

What does a Bible concordance do? It shows every place where a particular word appears in that English Bible version. And it even provides a brief phrase in which that word appears. So, if you look up the word “word” in a complete Bible concordance, it will show a phrase in every verse in that Bible version where “word” appears. Thus, some of these instances will show phrases that have “word of God.” Of course, you also can look up the word “God” and notice all the places in that Bible where the expression “word of God” occurs. Decades ago, at the entry “word” in my Bible concordance for the NASB, I underlined all occurrences of “the word of God.” Then I not only read those phrases containing that expression, but I looked up each verse in my Bible where they occur and read their contexts. That’s when I discovered that the Bible never refers to itself as “the word of God.”

But you don’t need a Bible concordance any more because of advanced technology. Just go online to blueletterbible.org or biblegateway.com, insert the expression “word of God” in the search box, click on your favorite English translation of the Bible, click “search,” and it will list them all. Not only that, it will show the entire verse in which that expression appears, whereas a printed Bible concordance will only show a brief expression in which it occurs. The former provides more context to show more fully that the expression “the word of God” always refers to that which was spoken, except in the case of Rev 19.13.

The following are statistical facts about the expression “the word of God/the lord/Lord” in the Exhaustive Concordance of the Bible for the NASB:

Many times the word “word” appears in the Bible as a reference to “the word of God.” If you look this up in just one book or letter in the NT, the best one to do it with is the book of Acts. The following are examples of portions in the NT, in the NASB, which clearly show that “the word (of God)” is that which is spoken and thus not that which is written.

It is true that the Bible contains words spoken by God, whether directly by him or through others such as humans or angels as his representatives. For, God’s prophets have spoken the words of God, some of which have been recorded in the Bible. But this is not the same as saying that the entire Bible is the word of God. And to say so raises the question of inerrancy.

I have been an Evangelical Christian since my teens. During the twentieth century, especially in the U.S., biblical inerrancy became a litmus test for orthodoxy in the evangelical community. I have always held to a conservative view of the inspiration of the Bible. Thus, I think the Bible is very trustworthy. Yet I am also aware of textual criticism of the Bible and that textual critics are professionals who compile, for example, a Greek New Testament from which Bible versions are translated. Thus, it is based on thousands of Greeks manuscripts that contain many thousands of variants.

For this and other reasons, in the last few decades I have taken the position that I don’t like being required to state some certain formula about biblical inspiration that satisfies certain conservative Evangelical brethren, many of whom don’t know that much about the subject. Questions such as, “how we got our Bible?” and “what should be the inspired biblical text?” require much knowledge, involve much complexity.

This leads me to my question above, “What difference does it make?” We have lost the concept that when Christians are led by the Holy Spirit to speak the truth, what they then say is the authoritative “word of God.” Those who do so may be gifted in that area, such as being prophets or teachers. It is that recognition of authority and truth that we have lost. But this concept can be greatly abused. Cult leaders of churches or Christian groups are perfect examples. But the Bible has instructions that work as checks and balances for avoiding such abuse.

For example, the Apostle Paul writes concerning church gatherings, “Do not quench the Spirit; do not despise prophetic utterances. But examine everything carefully; hold fast to that which is good” (1 Thes 5.19-21). And John writes, “Beloved, do not believe every spirit, but test the spirits to see whether they are from God; because many false prophets have gone out into the world” (1 Jn 4.1). And Paul says further about church meetings, “let two or three prophets speak, and let the others pass judgment” (1 Cor 14.29).

Thus, the early church practiced free and open church meetings, which we moderns shun due to fear of some untruth being stated or something being said or done that is not edifying to the congregation. But then the Spirit can be quenched. The antidote is to allow freedom for especially other prophets and teachers, if necessary, to examine carefully what was said and hold fast to what which is good, which is the spoken “word of God.”

[1] When “LORD” appears in English Bibles, it is the traditional translation of God’s Hebrew name yhwh.

October 16, 2014
Egypt's Bishop Alexander and his Pastor Arius
Next Post

October 30, 2014 What Does "Your Kingdom Come" Mean in "the Lord's Prayer"?
Recent Comments
0 | Leave a Comment
Browse Our Archives
get the latest from
Kermit Zarley Blog
Sign up for our newsletter
POPULAR AT PATHEOS Progressive Christian
1 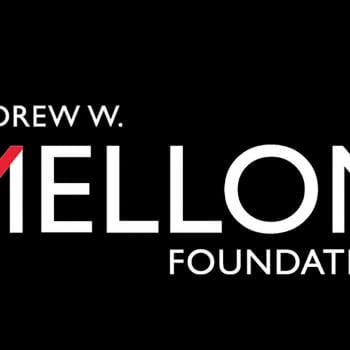 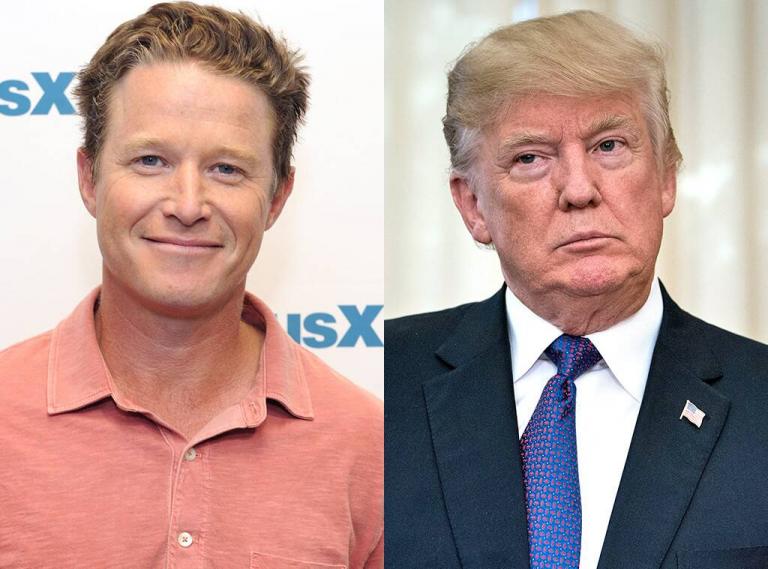 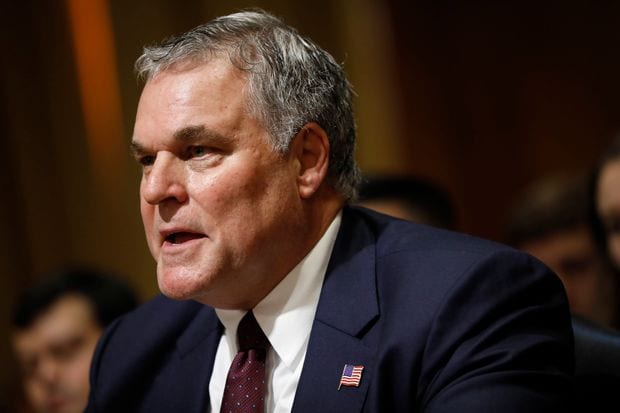 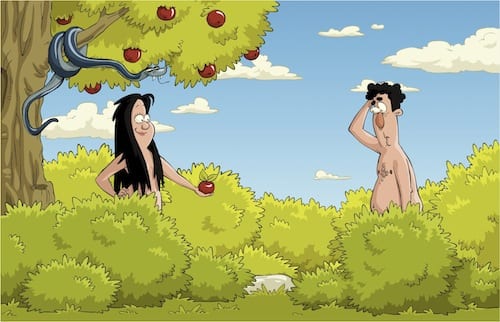 I Believe in Hell
I do believe in hell. I just don’t believe in hell, the...
view all Progressive Christian blogs
What Are Your Thoughts?leave a comment
Copyright 2008-2020, Patheos. All rights reserved.