Did Jesus Rise on the “Third Day” or after “Three Days”?

(The following is an excerpt from my book, The Third Day Bible Code, but without footnotes. Gr.=Greek)

Christian tradition has always been that Jesus was crucified on Friday and resurrected on Sunday, so that he arose from the dead on the third day. But strangely, the New Testament (NT) never states categorically what day Jesus was crucified and died. It does say both events occurred on the same day and that Jesus was raised from the dead early the following Sunday morning. This NT omission has perplexed more than a few Bible readers. Why? Superficially, it appears there is a discrepancy, either within the Bible or between the Bible and Christian tradition. Consider the following chart that contains Jesus’ predictions to his disciples about his impending death and resurrection, with “third day” and “three days” in italics.

Matthew, in all three of his accounts portrayed in the above chart, and Luke in two of his accounts, quote Jesus as saying that he will be resurrected “on the third day.” But in all three incidents Mark quotes Jesus as predicting he would be resurrected “after three days.” Thus, all three of Mark’s accounts illicit the same question that emerges from Matthew’s account of Jesus’ mention of Jonah being in the belly of the fish for “three days and three nights” (Matt 12.40). Did Jesus mean he would arise from the dead (1) in seventy-two hours, (2) after more than seventy-two hours, or (3) on the third day by counting the day that he died as the first day? Since the NT makes it clear that Jesus’ resurrection occurred early on Sunday morning, it often is questioned whether he died on the traditional day of Friday or on Thursday. And, to accommodate a seventy-two hour period, a few (usually ornery) souls have contended that the day of Jesus’ crucifixion and death had to be Wednesday! But if Jesus died on Friday, and the NT does say that it happened at about 3:00 pm (Mt 27.46–50/Mk 15.34–37/Lk 23.44–46), and he arose from the dead early Sunday morning after dawn, perhaps about 5:00 to 6:00 am (Mt 28.1/Mk 16.2/Lk 24.1/Jn 20.1), then Jesus must have been dead only about thirty-eight hours, not seventy-two hours or more.

This issue, however, is not a problem for most modern, distinguished New Testament scholars. They agree that the two expressions—“three days and three nights” and “after three days”—are Semitic idioms indicating “the third day.” Thus, the use of all of these expressions in the gospels means the same thing, that Jesus was crucified and died on Friday. Gerhard Delling explains, “The difficulty has often been advanced that there is a discrepancy between the te…trite [the third day] of Matthew, Luke and Paul and the usual meta treis hemeras [after three days] of Mark. But in this connection it has to be remembered that difficulties always arise in the reckoning of days according to Jewish usage. Thus in Halachic statements part of a day is reckoned as a whole day . . . Thus the Marcan narrative means that Friday and the night up to the resurrection are each counted as a day, while Matthew, Luke and Paul (perhaps unintentionally) use a mode of expression which would be regarded as more correct by Greeks. Both forms are found in close proximity in Mt. 27.63f.”

Jesus’ sayings reported by a particular NT gospel author also should be considered within the context of everything that gospel says about Jesus and his sayings. Notice above that Delling mentions Mt 27.63. This text, alone, ought to settle the issue forever–about what day Jesus died. Matthew writes therein, “the chief priests and the Pharisees went to Pilate. ‘Sir,’ they said, ‘we remember that while he was still alive that deceiver said, “After three days [Gr. meta treis hemeras] I will rise again.” So give the order for the tomb to be made secure until the third day [Gr. tes trites hemeras]’” (Mt 27.62–64). Thus, these Jewish officials obviously used these two phrases interchangeably and thereby reveal they understood them synonymously. And Matthew no doubt would have refrained from writing it as such if he had not understood them synonymously as well, since he had already recorded Jesus three previous predictions to his disciples that he would arise from the dead “on the third day.”

Further evidence is found in the Johanine report about Jesus’ two post- resurrection appearances to his assembled disciples in Jerusalem. The first was on Easter evening, that is, on Sunday evening, and the second was on the following Sunday evening, a week later. However, the Greek text describes the second appearance as being Kai meth hemeras, that is, “And after eight days,” and the most literal English version—the NASB—does indeed translate it this way. Eight days after Easter Sunday would be the day after the following Sunday and thus on Monday. But that is how English speakers now, not Jews then, would conclude. The Fourth Evangelist has written according to Jewish reckoning of time, counting Easter Sunday as the first day, in which case the following Sunday is the eighth day, the day Jesus appeared to them the second time. Accordingly, both the NIV and NRSV read, “A week later.”

Also, first-century historian Josephus used the same two expressions synonymously in the above accounts. And the same occurs in two OT passages in the Septuagint. The patriarch Joseph put his brothers “in prison for three days” (Gen 42.17), but “on the third day” he released all of them except Simeon (vv. 18, 36). And in the book of Esther, “three days, night or day” are meant to expire on “the third day” (Esther 4.16; 5.1; cf. 1 Sam 30.12–13).

Finally, credence should be granted to the church tradition that Jesus died on Friday. It seems nearly impossible that such a strong tradition could have been wrong. 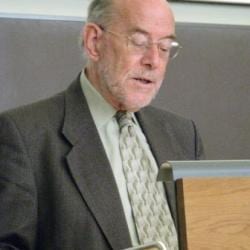