I’ve blogged a few times about my opposition to Donald Trump as U.S. president. I’ve only done this because I think Mr. Trump–who is an avid golfer and owns many fine resort golf clubs–would not be suitable as president due to his arrogant, bombastic style. And I think it would be very difficult for such a person to conduct a successful foreign policy, especially because his platform slogan is Make America Great Again, which is a reflection of his own self ego. You don’t tell your friends or national allies about how great you are or you’re going to be. The U.S. still remains the greatest nation on earth anyway.

I rarely express my political views publicly because I think it can detract from my Christian testimony. I also think that politics in church often unnecessary divides Christians. I used to be in a very political and militaristic church. Yet I also believe in exercising my freedom to vote since it helps solidify our democratic form of government, in which I strongly believe.

But due to what happened today, I’m now going to say something in support of Mr. Trump. Pope Francis just finished a six-day trip to Mexico. On his last day, he conducted an outdoor Mass at Ciudad Juarez, Mexico, near the Rio Grande River, just across from El Paso, Texas, USA. It was his earnest desire to do this and pray for poor immigrants who illegally cross the 2,000-mile U.S.-Mexico border into the U.S. They do so mostly to find work because of high unemployment and violence in Mexico and even more so in some Central and South American countries.

This illegal immigration into the U.S. as been going on for several decades largely because our federal government has not had much of policy about it due to political stalemate in Congress. Thus, there are an estimated 12 million illegal immigrants in the U.S. who do not pay taxes yet benefit from some government services. Plus, since the 9/11 attack on the U.S. that killed about 3,000 people, most Americans are concerned about more Islamic terrorists illegally gaining entry into the U.S. to do us harm. Yes, I think Donald Trump committed a foolish gaff when he said Mexico was sending us rapists and other criminals.

Because of all this, Donald Trump is campaigning for the Republican nomination of U.S. president on a platform in which he advocates building a wall on the U.S.-Mexico border and making “Mexico pay for it.” He has never said how he would make Mexico pay for it, which seems ludicrous. However he would try to do that, as most Americans I do not think he could get it done, and it certainly would strongly alienate Mexico. To me, it is one of his many bombastic statements.

Yet, I am not opposed to the U.S. solving this illegal immigration problem by constructing a wall or a satisfactory security fence on its border with Mexico. I supported my friend J. D. Hayworth in his call for such when he ran for U.S. senator here in Arizona. (I have his book about it, which I read.) And the U.S. is not the only country in the world that is having an increasing problem with illegal immigration into its land. There are many nations in the world that recently have built, or are now building, a security wall or fence along one or more of their borders that have been overwhelmed with illegal immigration. I’m writing a book that has a chapter about this. I think it is a sovereign and legitimate right of nations to do this if circumstances justly require it. Just think of antiquity and the Middle Ages when cities had large walls surrounding them. It was the only thing that made sense to protect its citizens from the many dangers.

Some people are totally against building any walls or fences to keep out illegal immigrants. Such people ought to be asked if they believe in the concept of nations. I think humanity would be utter chaos without nations. I believe the Bible expressly states that nationalism is a divine institution (e.g., Deuteronomy 26.19; Psalm 86.9; Isaiah 2.2; Zechariah 14.16). (See “Nations As God’s Will” in my book, Palestine Is Coming, pp. 11-13.) Yet I also think nations should be good neighbors just as individual people should be. When Jesus said, “love your neighbor as yourself,” I think that can be applied to nations as well. Thus, I think if possible, nations should show compassion by helping its neighbors that struggle to provide for their citizenry. Thus, as a Christian I conceptually believe in the U.S. foreign aid program. It reveals the greatness of the U.S. as a benefactor nation.

Today, Pope Francis held a press conference on his airplane while flying from Mexico back to Rome, only hours after he had conducted Mass on the U.S.-Mexico border that was attended by 200,000 people as he prayed for people who illegally immigrate to the U.S. Responding to a journalist’s question, the pope threw a punch at Donald Trump by exclaiming, “A person who thinks only of building walls, wherever they may be, and not building bridges, is not Christian.” Ah, didn’t Pope Francis say last year concerning homosexuals, “I’m not the judge”?

Trump fired back by calling the pope’s remark “disgraceful” and “unbelievable.” It seems a majority of political analysts and pundits are criticizing Trump for “attacking” the pope. Then there is debate about whether or not his political campaign will suffer fallout from it. But Trump said he was merely defending himself and that he is not trying to pick a fight with the pontiff.

I’ve blogged that I like Pope Francis. But I’m supporting Donald Trump on this one. For the leader of the world’s largest Christian church, with 1.2 billion people, to say that a political leader of some nation is “not a Christian” for advocating the building of a security barrier on his/her national border to solve a very difficult illegal immigration problem as well as to perhaps prevent some terrorism is indeed disgraceful and unbelievable. How does that have anything to do with being a Christian? Just wait until my book on this comes out. Dozens of nations are doing this very thing to secure their borders. How about Israel building its West Bank Security Barrier which has certainly worked? I have not been opposed to that even though I side strongly for Palestinians to have their own state, which is what my book Palestine Is Coming is all about. No, I think Pope Francis’ compassionate, pastoral heart for the poor needs to be balanced with how to govern a nation. 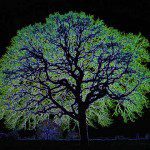