Is the Holy Spirit Neglected in the Book of Revelation?

Is the Holy Spirit Neglected in the Book of Revelation? September 3, 2016 Kermit Zarley

Throughout much of the history of Christianity, the Holy Spirit mentioned so often in the New Testament was not mentioned very often by Christians. But that really began to change at the beginning of the twentieth century with the emergence of Pentecostals and, later, their younger siblings the Charismatics. In fact, this group has been most responsible for the growth of Christianity during the past century while the mainline churches have been suffering a decline in numbers of attendants at worship services.

Therefore, church historians now divide the history of Christianity into three sequential segments called “the three waves of Christianity”: Catholicism, Protestantism, and Pentecostalism. According to especially the New Testament, Pentecostals and Charismatics have rightly emphasized the Holy Spirit as the source of power in living the Christian life, personal evangelism, and manifesting spiritual gifts for the benefit of others. Pentecostalism has truly brought an excitement into what has been the largest religion in the world for at least the past sixteen centuries.

But early during the Pentecostal movement, it went through a trying time of controversy about the Catholic and Protestant doctrine of the Trinity, that the one God is three co-equal and co-eternal persons: Father, Son (Jesus), and Holy Spirit. The Assemblies of God church denomination, which has become the largest today in the world with about 68 million members, fully endorsed the doctrine of the Trinity. But some Pentecostals did not. Most of them came to be known as Oneness Pentecostals, and they now number about 24 million. The United Pentecostal Church is largest group among them, with about 3 million members. Oneness Pentecostals believe that God is one person who manifests himself primarily in three modes: Father, Son (Jesus), and Holy Spirit. Yet all Pentecostals emphasize the Holy Spirit in comparison to what most Christians have done throughout the history of Christianity.

For example, “the Holy Spirit” is never mentioned in the book of Revelation. Some Christians wonder why the glaring absence of the Holy Spirit in this greatest apocalyptic book ever written. Apocalypticism tells the behind-the-scenes activity, revealing the mystery of godliness in the world and informing about the great conflict going on in the universe between good and evil and God and Satan. Wouldn’t the Holy Spirit have a major role in this activity?

“The Spirit” is mentioned several times in chapter 2 and 3 of this last book of the Bible. But after that, “the Spirit” is not mentioned again until near the end of the book, in Revelation 22.17. This scenario is such a contrast to the book of Acts and the Apostle Paul’s letters in the New Testament, which comprise over a third of the it. “The (Holy) Spirit” is mentioned therein so often and thereby shown to be so important in accomplishing the work of God among humans.

The primary focus of the book of Revelation is the sovereignty of God and the centrality of his enthronement in heaven, with “the Lamb”–the ascended and exalted Jesus–sitting at God’s right hand on his throne. And this God is he whom Jesus regularly identified as “the Father” (Rev 2.27; 3.5, 21; 14.1). But where is the Holy Spirit on this throne? According to the doctrine of the Trinity, the Holy Spirit is just as much God as the Father and Jesus are?

The problem is that people have not understood the Holy Spirit as presented in the Bible. To be frank, they have been misled by church fathers who formulated the doctrine of the Trinity, which is not a biblical teaching. And the church ever since has wrongly adopted this teaching without properly scrutinizing it.

I think the best way to understand the nature of the (Holy) Spirit is to consider creation as depicted in Genesis 1-2. That is, the Holy Spirit is to God what the spirit of man is to man because man was made in the image of God. Since man’s spirit is not a person in distinction from man’s personhood, then God’s Spirit is not a person in distinction of God’s personhood, which latter Jesus called “the Father.” For if God is a tri-personal being, as the doctrine of Trinity asserts, then man would have to be a tri-personal being, which is absurd.

When Jesus sent out his newly-chosen apostles to preach and heal people, he warned them that they would be persecuted and brought before kings and Gentile authorities for questioning (Matthew 10). But he told them, “do not worry about how you are to speak or what you are to say; for what you are to say will be given to you at that time; for it is not you who speak, but the Spirit of your Father” (vv. 19-20). The Spirit of the Father is the Holy Spirit.

James D. G. Dunn is a leading New Testament scholar, and he gets this right. In his 2010 book, Did the First Christians Worship Jesus? The New Testament Evidence (pp. 72-73), Dunn explains, “in Jewish thinking, the Spirit of God was more naturally understood as closely identified with God, as a dimension or an aspect of God, or as a way of characterizing God’s presence and power…. Paul can think of the Spirit of God as analogous to the human spirit.” Dunn adds (p. 74) that we should “not so much” understand “the Spirit of God as though the Spirit were a being different and distinct from God, but more accurately God as Spirit.”

Dunn then quotes approvingly another scholar, M. Fatehi, who explains, “in Judaism as a whole the Spirit refers to God in his active role of relating to his creation and his people … the Spirit is never conceived of or experienced as an entity distinct or somehow separable from God. The Jewish experience of the Spirit is always and essentially an experience of God himself … the Spirit-language is used precisely when God’s own personal presence and activity … is in view.”

I believe that if church fathers–all of whom were Gentiles and many of whom were heavily influenced by Hellenism–had not gotten somewhat anti-Semitic, they might not have strayed from this biblical teaching of the Holy Spirit.

In conclusion, I think the lack of mention of the (Holy) Spirit in the book of Revelation after chapter 3 (Rev 4.2 is disputed as to whether or not “spirit” there refers to John’s spirit or God’s Spirit) is partly due to the multiple narratives about heaven being about God and Jesus there and that the judgments on earth of the seals come from Jesus and the trumpets and bowls are conducted by God’s angels. Regardless, if God is mentioned or portrayed, there is no need to mention his Spirit and thus his Spirit is not neglected. 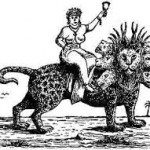 August 30, 2016
No Future One-World Government Until Jesus Returns
Next Post 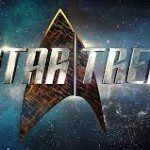 September 4, 2016 This Week Is the 50th Anniversary of "Star Trek"
Recent Comments
0 | Leave a Comment
Browse Our Archives
get the latest from
Kermit Zarley Blog
Sign up for our newsletter
POPULAR AT PATHEOS Progressive Christian
1