Trump Says Biden Would Say, “Tear Down this Wall” 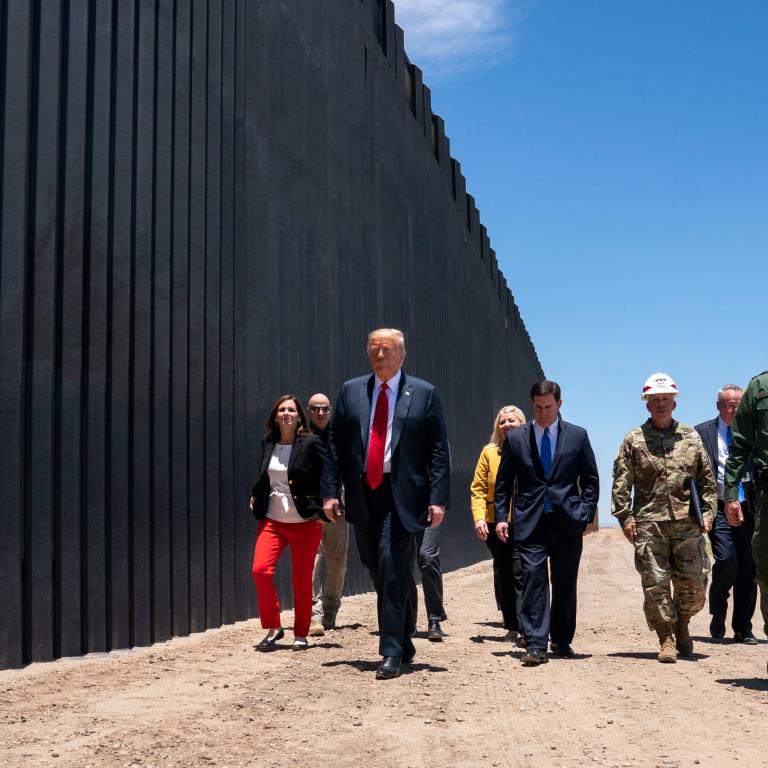 In another life, Donald Trump used to build things–big things. Last night, President Donald Trump held a telephone political rally targeted to voters in Arizona, where I live and which is now an election swing state. On this phone rally, Trump said of former Vice President Joe Biden–Trump’s presumptive Democratic opponent in the upcoming presidential election–that if Biden is elected president in November he will tear down the wall Trump is having built on the U.S.-Mexico border.

As with Trump’s typical style, he spouts off things without providing any supporting evidence. So, I’m not aware that Biden has ever said anything about that. But if he did win the election this November and did that, it would be reminiscent of something that happened in the past that was just the opposite–U.S. President Ronald Reagan’s famous speech given on Friday, June 12, 1987. He was standing before the Berlin Wall that divided free West Germany from Communist East Germany. He said to the president of the Soviet Union, who was not there, but likely watching on television, “Mr. Gorbachev, tear down this wall.” It soon did get torn down–by the people.

If Joe Biden does win the presidency come November, I wonder if he might say to its builder, “Mr. Trump, tear down this wall. You built it, you remove it.”

July 19, 2020 Jon Rahm Wins Memorial
Recent Comments
0 | Leave a Comment
"Trumpty Dumpty promised a Wall (paid for by Mexico)Trumpty Dumpty had a Great Fall (audited ..."
Steve Kellerman Trump: The Snake Oil Salesman
"When I heard they had shipped the ballots to MONTANA (!) I thought there goes ..."
47scooter Trump: The Snake Oil Salesman
"I don't think it's going to matter, sadly. Those still in Trump's camp are fact-immune, ..."
Illithid Pelosi Rightly Rejects Jordan for Committee ..."
"Speaker, Nancy Pelosi is a strong woman with six grown children and numerous grandchildren of ..."
Judgeforyourself37 Pelosi Rightly Rejects Jordan for Committee ..."
Browse Our Archives
get the latest from
Kermit Zarley Blog
Sign up for our newsletter
POPULAR AT PATHEOS Progressive Christian
1