What If Raffensperger Would Have Found 11,780 More Votes 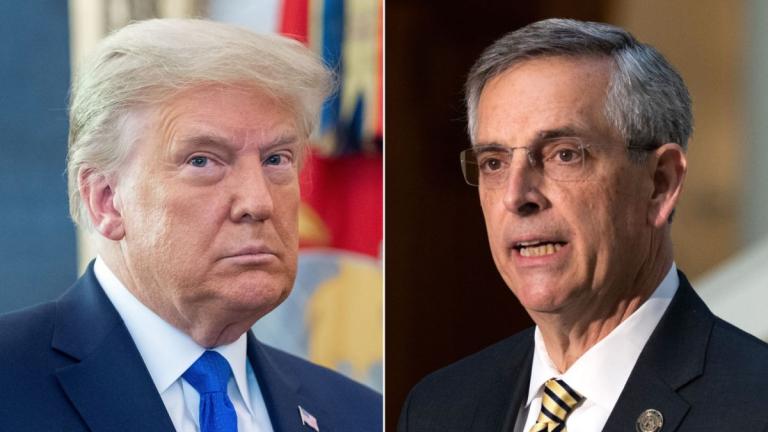 Experts are saying “the legal walls are closing in on Trump.” The biggest nightmare for Trump this week was that the Supreme Court rejected his plea to impose executive privilege and thereby not turn presidential documents over to especially the Select House Committee investigating the January 6th, 2021, Capitol riot. The National Archives then promptly delivered many such documents, phone records, etc. to the committee. The committee then announced it is planning to finish its investigation and hold public, televised hearings, involving witnesses testifying, probably in late March or early April this year. Wow, they are moving fast now. Such hearings will be comparable to those in mid-1973 involving President Nixon and the Watergate break-in. As I blogged years ago, “I think Trumpgate will make Watergate look like a Sunday school picnic.”

Then the U.S. House Select Committee to Investigate the January 6th Attack on the United States Capitol will decide whether or not to recommend that the Department of Justice investigate Donald Trump for crimes relating to his activities, or lack thereof, right before, during, and after that Capitol riot. The committee is even asking the ex-president’s daughter, Ivanka, who President Trump had hired as a special advisor to him, to appear before the committee to be questioned. Her brother Eric did appear before the committee months ago and refused to answer its questions by invoking the 5th Amendment of the U.S. Constitution not to incriminate himself, and he did that an astounding 500+ times! It remains to be seen if she will appear or not. If not, she likely will be served a subpoena. But even if she then appears, she could do the same as her brother Eric by pleading the 5th.

Another one of the legal walls that is closing in on ex-President Trump regards his recorded, one-hour, conference-phone call on January 2, 2021–two months after the presidential election that he lost to Joe Biden–to Georgia’s Secretary of State Brad Raffensperger, pressuring him repeatedly to overturn the election results. Republican Trump said to Republican Raffensperger, “What I want to do is this. I just want to find 11,780 votes, which is one more than we have, because we won the state.” This phone call was cited days later in the House’s second impeachment of ex-President Trump.

January 23, 2022
Paul's Intertextuality about the Antichrist: Part Two of Two
Next Post