Will Trumpgate Make Watergate Look Like a Sunday School Picnic?

Next week, on Thursday, the first of eight televised hearings conducted by the House committee investigating the January 6th Capitol riot will begin. We will find out just how much more President Donald Trump and his administration lied to the American public and tried to cover up their misdeeds, especially regarding their efforts to overturn the results of a free and fair election and causing the Capitol riot.

My book, Bible Predicts Trump Fall,  is mostly a collection of posts on my Kermit Zarley Blog that I made about Donald Trump’s presidency while it was happening and even before. As a critic, I sometimes made predictions about what was going to happen about it. For example, on May 20, 2016, thus during his political campaign for the presidency and thus almost six months before the election, I posted, “I think Donald Trump is a big bag of hot air ready to blow up like the Hindenburg blimp if he becomes U.S. president.”

I often applied biblical proverbs and sayings of Jesus to President Trump which came true. The main one was, “Pride goes before destruction, and a haughty spirit before a fall” (Proverbs 16.18). The House charged Trump with instigating that riot and therefore impeached him for insurrection, but the Senate did not convict him. Yet, the riot resulted in destruction and five deaths. Here is another prediction I made, which was in my post on July 21, 2018, thus exactly six months into Trump’s presidency, “I think Trumpgate will make Watergate look like a Sunday school picnic.”

These televised House hearings, to start next Thursday, may remind some us old guys of those televised House hearings about Watergate back in 1973. They led to the downfall of Richard Nixon’s presidency, that is, his resignation. He could have gone to prison, but his successor, Gerald Ford, pardoned him. Television commentary in the weeks ahead will probably sometimes make comparisons.

June 4, 2022
Which Party Divides Most--Democrats or Republicans?
Next Post 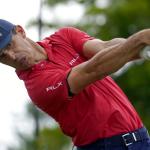