Blood and Horror on this Earth 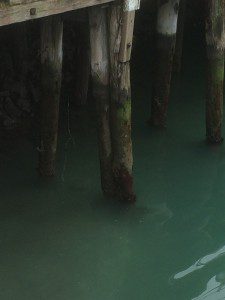 In a rage with God for cursing him, Satan threatens to overcome the will of the ‘children of men’ and cause them/make them/and take them as his followers.  God counters by declaring that in his human design he will include a bugfix that will engender within mortals a feeling of natural repugnance and revulsion toward Satan’s purposes.

“If that is the case then, let my intention be clear.  I will harness and redirect this human aggression to my selfish purposes and use it to raise financial capital enough to purchase military power wherever it might be found, I will speak my will through bogus clerics who press down upon the people, and despots and tormenters whose exercise of power causes death and terror throughout the world.”

Don’t get me wrong.  I’m not in favour of porn or beer, but I think they are a ruse, a distraction, and a seduction that renders humans politically impotent, rather than ripe for hell.  My question is:  How did  our religious culture get into a state where our most recent efforts to be politically influential fell upon gay marriage rather  than a much needed  critique of the corporate/state nexus, the failed ‘just-war’ rhetoric, the maintenance of oppression and systemic inequality, all so much a part of Satan’s master plan? .  How did we get into a state where trolling through dead white dude quotes in the Gospel Doctrine manual is preferable to dialoging about real life political and economic contexts that are proof of Lucifer’s ideological and systemic assault on humanity, and Christ’s message of salvation?

Over the last weeks we have witnessed a crass repetition of the rhetoric that supposedly justified recent military action by the US.    And, in the wake of the Syrian debate the Pope has called for a day of prayer for Syria,  Catholics leaders in Syria have argued that a US invasion will simply fuel extremists,  the World Evangelical Council has denounced a military assault, the Archbishop of Canterbury has cautioned against military action in Syria and the Mormon Newsroom?  Well, go look for yourself.

Why – one might ask- does ‘the church’ not produce a statement of moral position on Syria (or on other political crises)?  Why? Perhaps it is for the same reason that McDonalds, Ernst & Young,  Intel and Microsoft haven’t made a statement of moral position on Syria!   Why would a corporation currently trafficking mostly in spiritual maxims and emotional aphorisms with the promise of an uncomplicated middle-class lifestyle be interested in upsetting its economic and cultural base?

If our most sacred of doctrines, presented to us in a repetitious dramatic form really mean something to the Latter-day Saints then perhaps some moral outrage could have been expected at Kerry’s admission that: With ‘a financial investment certain gulf states are willing to buy up US armies and navies’ to execute a strike on a sovereign state that poses no direct threat to the US.

Or if the temple service had any practical credibility perhaps there may have been an LDS response questioning deeply the leaders of the world who wish to  grow  their strategic influence through the use of blood and horror?

I recall the October 2001 General Conference when President Hinckley was handed a note informing him of an assault by British and US forces on Afghanistan he declared after,  “We need to support the President (meaning President Bush).”  I’ve heard some passably daft things over the pulpit in my time, but never anything that made me literally sick to my stomach.  Hinckley tried to patch this up in the following April announcing ‘We find ourselves on two sides of  great debate.’  His October announcement had won him few foreign friends with many feeling as that this wasn’t a great debate at all -it was the church aligning itself with the US Government’s illicit invasion at the expense of good sense, evidence and ethics.  Yet the temple fittingly reminds us:  Acta deos numquam mortalia fallunt!!  (Man’s actions  never deceive the Gods).

These days the official Mormon response to moral outrages (except it would seem – those of a sexual kind) is silence.  Mormon leaders are cautious in making any declaration that might have political implications.  And might I say that this has little to do with the lack of  political feeling among the Saints.  There are plenty of political debates and choruses amidst the congregations that dot the entire spectrum.  However, with all of that, there are few political questions which are solved by a robust canonical exposition from the Church ‘brothers’.   Ronald Poelman’s famous 1984 address that never was, was a timely attempt to recalibrate our social organisation with our theology.  He made a bold effort to address the difference between the Church and the Gospel.  Unfortunately, notwithstanding its breadth and its beauty, it soon became apparent that this powerful discourse was clearly not deemed worthy of congregational ears.  Fancy Mormons thinking that we needed the gospel more than the church?  Scandalous!!

My only conclusion is that this tendency to avoid  the world’s real-time heart aches and pain will plunge the LDS church into irrelevance and oblivion.  If the only response we can muster – when the screws are on –  is that which is politically and economically expedient enough to secure our legal identity and resources (Official Declarations 1 & 2 are a case in point) then we cease to have purpose as a religious institution – we are merely a religious ethnicity rather than a powerful voice guided by moral vision.

The tendency to dismiss our own canon, and our own ceremonial discourse will  have its consequences.  And perhaps it will be that people of my ilk will bail – which I’m sure will be met by many with a sigh of relief and a sneer of derision. But without a robust voice demanding a reconciliation of theology with action, and moral vision with moral purpose, Mormonism is in danger of becoming politically obsolete.  And having been commissioned to establish a Zion society premised on a clear vision of equality, kindness and compassion, that seems rather pointless and self-defeating doesn’t it?

August 4, 2013
I'd Like to Bear my Testimony that I Know Family Home Evening is True.
Next Post