Uncorrelated tips for how NOT to be a terrible Bishop 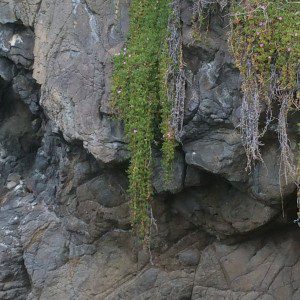 A few years ago, seeking a temple recommend from the Stake Presidency (in a Stake in which  I don’t currently reside) I was refused an interview.   Despite the fact that I had an unswerving love of Christ and God, and despite the fact that I have an abiding belief in the power of the scriptures, and despite the fact that I do believe it possible that people can and do speak to God, and that the church is theoretically and often (but not always) practically a great thing,  it had been determined prior to my interview (that didn’t really take place), that my ‘testimony’ was not strong enough to merit a formal Temple Recommend interview.   I think it boiled down to the way I answered this ‘pre-interview question:’

I was a bit alarmed by this question.  It seemed to make no sense when what I wanted to do was to go to the Temple to think about God, not about President Monson.  No offence intended but when I’m deep in meditation about how I can be more compassionate,  and how I can animate my spiritual feelings so as to comprehend eternal possibilities, Thomas Monson doesn’t usually come to mind.   And its not because I don’t believe he is a jolly  good chap, but because it seems an odd thing to ask someone to testify that they know that someone else speaks to God.  Because I don’t know – because he’s never, ever said,

“In my latest chats with God (or Jesus), He told me to tell you such and such…’

Or even better, “God has revealed to me that there is an earthquake due in Christchurch and I encourage you to get out now.”

Or,  “If the US gets involved in this illicit war millions of innocent lives will be lost or affected. It will saddle the nation with extraordinary debt that the government/ corporate nexus will retrieve from the people at their expense, cause an escalation of conflict,  and the only ones happy about it will be Haliburton, who will be laughing all the way to the bank.”

So I answered as anyone  might who was slightly cheesed by this very odd and very ‘out of order’ interview – that wasn’t really an interview:

“Well, if you are asking me to share my belief in Thomas Monson as a Prophet, Seer and Revelator, to be perfectly frank, I haven’t heard him prophesy anything, he hasn’t to my knowledge seered anything, and he does more counseling than revealing, BUT I absolutely support and sustain his potential to do those very things.”

That is where he called things off because despite my informing him that his obligation was to actually conduct the interview,  he refused telling me that it had already been decided that my testimony wasn’t strong enough to warrant an interview.    Had he not been so weedy I may have punched him in the face or told him to stick his @)#$* up his tiny !@(!@(!

On reflection, maybe I should have.  And if he ever reads this;  I still feel very violent toward you – just so you know.

But the point is,  there’s a strand of Mormon leadership out there that is  truly, truly bad.  Fortunately I have a very good bishop and a most excellent Stake President at the moment, the kind I wish for  all to have.  They are compassionate, understanding, and reasonable.  Both  of them also have a very good sense of humour which helps immeasurably when you are dealing with people who want to become Gods.   But some are not so fortunate in this game of ‘leadership roulette’.

I’ve been in enough wards and stakes to have some idea about what constitutes good leadership.  I’ve even been married to a Bishop and have been the daughter of a Stake President. I’ve met countless General Authorities, have dined with apostles and prophets and used to furiously snog the grandson of a member of a past First Presidency.   I’ve also been in bad wards, awful wards, under oppressive and self-righteous bishops and Stake Presidents who could be mean or stupid or both.  And so, for what its worth – here’s some uncorrelated tips for bishops and stake presidents to avert the possibility of a stroppy woman smacking you upside your face, or disappearing forever in a blaze of fury because you have been a twat:

We once had a Branch President, young and callow who made a poor call on a very sensitive issue in our branch.  Despite my husband’s years of experience and intimate knowledge of the situation the BP  felt that he must know best because he was the ecclesiastical leader, when in fact he didn’t know best at all.  As tensions mounted and the ever-faithful Nathan stood his ground because of what this President’s mistakes might mean to a heart broken family,  Nathan was quietly threatened with a withdrawal of his temple recommend for not ‘sustaining’ his leader.   However, as time progressed things began to change so much so that when we left this unit the Branch President bade us farewell in sacrament meeting  by admitting,  ‘Sometimes the thorn you think is in your side is the stick you are scratching your back with.’   It was nicely resolved but very hurtful and traumatic at the time, and to my mind these experiences are not why we give up ourselves, our time, talents, and our means to the Church of Jesus Christ of Latter-day Saints.