Reflections on the New Zealand Regional Broadcast: Why Censorship is Sometimes Necessary

May 18, 2014 by Gina Colvin
0 Comments
Reflections on the New Zealand Regional Broadcast: Why Censorship is Sometimes Necessary May 18, 2014 Gina Colvin 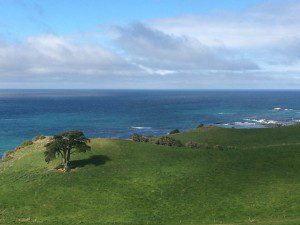 In the October 2010 General Conference Boyd K. Packer made some controversial remarks.  Firstly he claimed that the Proclamation to the Family was a revelation.  Then he suggested that homosexuality was not inborn proclaiming;

“Some suppose that they were preset and cannot overcome what they feel are inborn tendencies toward the impure and unnatural. Not so! Why would Heavenly Father do that to anyone? Remember, He is our Heavenly Father.”

Debate followed and soon after the published text of Packer’s talk read that the proclamation was a ‘guide’ rather than a revelation, while the above quote was changed to read:

“Some suppose that they were present and cannot overcome what they feel are inborn temptations toward the impure and unnatural. Not so! Remember, God is our Heavenly Father.”  (note the italicizations)

That’s the beauty of General Conference.  Because all eyes are on the Conference Centre talks are more carefully constructed largely because the media are watching, as is the whole church –  meaning that special care is taken not to create public controversy.

In New Zealand today we had a Regional Conference Broadcast.  These occur biannually in the place of one Stake Conference.  The Sunday morning session includes the sustaining of Stake officers, a talk by the Stake President followed by a simulcast from Salt Lake including  all of the Stakes and Districts in the country.

Dallin Oaks of the Quorum of the Twelve spoke first.    Unlike General Conference none of his talk will be edited in the final version and sadly this has left many of us with a bad taste in our mouths.  Perhaps his lack of care for our feelings has something to do with an impression that Mormons in the ‘Mission Field’ are less sensitive. Or perhaps its simply because we don’t have an interested media who will pay attention and get the church into trouble that he feels that he can say anything he wishes?   Either way Elder Oaks seems to have used this freedom from critical scrutiny to deliver a tirade of poorly constructed and bigoted maxims;  mostly noticeably about same sex marriage.  In addition he spoke of the necessity for all good Mormons to gain formal educational qualifications, and for schools to withdraw from the business of teaching children social mores.    Now, we don’t usually get access to published texts from Regional Conference talks so I am relying here on the notes of others to cover his main points which included:

Now why Oaks wanted to row this particular boat in our fair waters is anyone’s guess.  Perhaps he was cross with New Zealand Mormons for not caring about same gender marriage as much as he obviously does.  In any event red lights were going up all over New Zealand flashing here and there with indignation and many a ‘how dare he?’

Now, it doesn’t take a lot to get my knickers in a twist, but when good people, (those who don’t usually make a fuss) begin to groan with distaste it has me worried.   So I thought this time I would use their words to capture the general sentiment:

Softly spoken 30 year old Ina observed:    “After he said that I lost interest in the whole conference because I put myself in my gay brother’s shoes and it felt like I was being told off – so I played games on my phone instead.“

49 year old Ruth mused:  “Do you know the thing that was missing from his talk?  Love.  Contrasting this with our Stake President’s message was which so full of love I felt like we got a bollocking from Elder Oaks telling us ‘how it should be’ – with no compassion.  It was just full of absolutes – and no love.”

Three days out from his mission to London, England, 18 year old Regan Paul had his family with him in church, most of whom were less active.  They had come to support him on his final Sabbath in New Zealand.  He said, “I felt quite uncomfortable with the things Elder Oaks said because it wasn’t loving.  My family failed on almost every count.  My sister in law asked,  “Is church always like this?”  I just don’t think that that talk would bring them back to church.’

16 year old Emma Lafaele remarked, “I was a little bit let down with it.  I was looking forward to Stake Conference and the Stake President’s talk was great and then with Elder Oaks – well I was let down.”

49 year old Anne (nc) stated:  “I had my daughter sitting next to me who is lesbian so I was concerned about what was going through her head.  I loved the Stake President’s talk.  But you have to be sensitive to family diversity and where people are at.  I hope my daughter will change but I don’t think this was helpful because it wasn’t loving.”

53 year old Relief Society President Raylene:  “I really liked his advice to Young Adults and youth but I don’t like the broadcasts in general.  They are not about us – its too generic.  The highlight was our Stake President’s talk.  It is exactly what our stake needed to hear.  I think Elder Oaks is a good man and he’s trying, but he’s an older man and  I don’t want to knock him.  But people shouldn’t come to church and feel attacked or put down, or that they don’t belong.”

49 year old Rex (n.c.) remarked:  “I understand the tension in portraying a family ideal but there is a danger when you focus on one specific image alone. You tend to alienate, disempower or make those who don’t fit the normative standard feel inadequate.  I was stunned really.  I often like his talks but this seemed out of the blue.”

With respect to Elder Oak’s directions regarding the necessity for formal education, Rex also observed:  “It misses the wider picture of self-improvement which isn’t necessarily found in formal education.”

20 year old Ebony added, “Other people might have other priorities or reasons for not pursuing education.  Making a choice not to get an education at a given time is not a failure, it’s a decision which is sometimes carefully made.  My sister was in a house fire and had to go through several years of treatment for her burns.  She’s not a failure because she didn’t finish her education.”

My own reasonably orthodox husband observed: “What struck me most was the statement that there was no substitute for biological parents.  My immediate thought was, if this is the case then why on earth does LDS social services promote adoption over single parenting by biological parents?  That just seems incongruous.  I also felt, as an adoptive and foster father – is he suggesting that the children we are raising would be better off with their biological parents?” (Who – in the case of our foster children – were removed because of severe neglect).

In the end, the compassionate and loving stake conference addresses on inclusion, building community and seeking to understand each other by our local speakers were punctuated by a truculent distant voice that might have had our ears,  but couldn’t muster our hearts.     If I had the red pen and had been asked to edit Elder Oaks talk I would have crossed out everything before, between and after the words ‘love’ and ‘respect’.   Surely that’s what its all about?