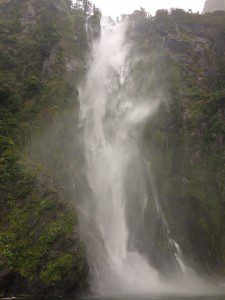 It  might surprise some people but I’ve actually been accused of apostasy on several occasions and  I’m frequently asked to leave the church.  Interestingly none of this has come from my ecclesiastical leaders of course, just from people whom I don’t know who use pseudonyms to protect the good name of the church.

But as silly and as mean as these sometimes poorly behaved people can be, I have had to wonder – are they right?  Could I, like John and Kate be accused of apostasy?

My answer (predictably) is a resounding NO.   Because like Kate Kelly and John Dehlin,  I am NOT apostate I am a heretic.

There is no formal designation ‘heretic’ in the LDS church and thus no particular response to it other than calling ‘heresy’ ‘apostasy’ and treating both as equivalent sins.  But they’re not.

As unique and original as we Mormons think we are – we are the worst kind of ideological and religious thieves.  We steal the family silver taking only the knives, deny the legitimacy of forks, and ask people to use a chop stick in their other hands, calling it a higher form of gustatory management.

The fact is mainline Christianity has been at this business of religious crowd control for more years than Mormons can shake a stick at, and the Roman church has been  doing discipline since the year dot largely using these important distinctions:

Apostasy is:  Disaffiliation from a religious organisation usually accompanied by an act or declaration of renunciation.

Heresy is:  The expression of opinion that contradicts those in church authorities or formal doctrines in your religious organisation.

Thus  it would seem that Kate and John by these standards are heretical, and have never been apostate because neither have disaffiliated from, or renounced the church.   Unfortunately we don’t have a testimony of heresy in our church, and its sad that we can’t see the distinction because if we did then we would probably see how fundamentally heretical Mormonism actually is.  We have been variously deemed Christianity’s most audacious heresy.  And it gets worse.  We usually send home teachers out to bring back the apostates, and we have a history of  kicking the heretics to the curb.

So if the present issue is theoretically not about  apostasy but is one of heresy, this case shines a very large spot light on  the sensitivity of the patriarchy to questions of power, authority and control (no surprises there).  Kelly and Dehlin,  two of our most well known heretics, have not so much begun a movement of discontent, but have created communities of spiritual and religious inquiry which have matured into the kind of critical mass that sees all managers, religious or secular, running for the pitch forks because, they have a point – and most people know it.  You can tell by the ripples that they are making that they have a point.  If they didn’t it wouldn’t bother  the church quite so much.

A critical mass presses the need for change, and change means that the base gets rattled, if the base gets rattled there is discord, and discord leads to division, schism and general institutional disarray and income loss.   And if there is one thing our church has an aversion for, its disarray and income loss.   Conformity, obedience and deference to authority has oiled this religious machine for decades now.  Ours is a spectacle of lock step uniformity and a show of the material and social ‘abundance’ that this kind of compliance can arouse.  We’ve been taught to do ‘baahhhhh’ really, really well.   But baaahhhh only lasts so long before the people get restless and agitated, because you can’t button people down into unquestioning slavishness to a rigid ideology governed by untouchable others.  We are too agentic, capricious and intelligent to settle with an imposed framework of belief for too long.

Kelly and Dehlin are among the second wave contemporary heretics (the September Six being the first wave) who are taking a hit for the post-modern reform movement.  Finding targets to blame and censure as a way of  manifesting the institution’s  power  is a reasonably typical strategy for an organisation with no convincing answer to the claims of the heretics. The mass agitation during the Civil Rights movement (and following) lead to the  excommunication of several heretics for objecting to the church’s racial policies.  This served to remind others where the ultimate institutional power was located and to warn that this cannot by infiltrated from below.   Currently, as much as the institution is fighting  seismic cultural shifts their power to stop that change has dissipated considerably.  Change has moved beyond the Brethren’s capacity to manage according to their wishes.  Thus, we can be certain that  the church will never be the same again.  In truth it was heading that way – institutions always change, they  just do – it’s a feature of the human experience.  But the points upon which the church will recalibrate are less certain.

If the church wishes to be relevant, inclusive and inviting for the next generation of Mormon born and potential converts, it will have to change somewhat for those who have moved  into these communities of heresy – so widely disparaged by the orthodox.    This group will demand transformation, or they will leave.  Of course the more extreme voices relish the opportunity to have the church all to their ultra-orthodox selves – ‘Good riddance’ they crow.  But as is often the case in intra-group religious conflicts, the orthodox will be diminished by the absence of the heretics, and  vice versa – we simply need each other.  The orthodox work hard to give the church historical traction and continuity, the heretics ask the hard questions to make the church relevant and meaningful at the level of the soul.  However, come what may the church  is changing even as we speak, with every Facebook update, every blog post, every dinner time conversation, every tear, every cruel barb, every troll, every snide comment in church, every resignation letter, every kind word of support, every Bishop or Stake President who weeps with their agonised flock,  and yes, every threat of excommunication.   It will never be the same again.

Thus,  what we do know, without a doubt,  is that the church will need to do some significant moral repurposing in order to make spiritual sense to the many, many, many people who are standing at the precipice even as we speak.  I was reminded by an associate who works in the COB, ‘Change will come to the COB, it won’t come from the COB.’  What that  change looks like remains uncertain, but there will be change, change is happening, change is imminent.  And looking at the arc of human history, heretics usually come off really, really well in the end.

Finally, perhaps those who have experienced heartbreak might find some comfort in this passage sent to me a few weeks ago by  a friend:

‘Disciples and partisans, in the world of religious and of philosophical opinion, are of two sorts. There are, first, the disciples pure and simple,—people who fall under the spell of a person or of a doctrine, and whose whole intellectual life thenceforth consists in their partisanship. They expound, and defend, and ward off foes, and live and die faithful to the one formula. Such disciples may be indispensable at first in helping a new teaching to get a popular hearing, but in the long run they rather hinder than help the wholesome growth of the very ideas that they defend: for great ideas live by growing, and a doctrine that has merely to be preached, over and over, in the same terms, cannot possibly be the whole truth. No man ought to be merely a faithful disciple of any other man. Yes, no man ought to be a mere disciple even of himself. We live spiritually by outliving our formulas , and by thus enriching our sense of their deeper meaning. Now the disciples of the first sort do not live in this larger and more spiritual sense. They repeat. And true life is never mere repetition.

On the other hand, there are disciples of a second sort. They are men who have been attracted to a new doctrine by the fact that it gave expression, in a novel way, to some large and deep interest which had already grown up in themselves, and which had already come, more or less independently, to their own consciousness. They thus bring to the new teaching, from the first, their own personal contribution. The truth that they gain is changed as it enters their souls. The seed that the sower strews upon their fields springs up in their soil, and bears fruit,—thirty, sixty, an hundred fold. They return to their master his own with usury. Such men are the disciples that it is worthwhile for a master to have. Disciples of the first sort often become, as Schopenhauer said, mere magnifying mirrors wherein one sees enlarged, all the defects of a doctrine. Disciples of the second sort co-operate in the works of the Spirit; and even if they always remain rather disciples than originators, they help to lead the thought that they accept to a truer expression. They force it beyond its earlier and cruder stages of development.’

I believe “Mormonism” affords opportunity for disciples of the second sort; nay, that its crying need is for such disciples. It calls for thoughtful disciples who will not be content with merely repeating some of its truths, but will develop its truths; and enlarge it by that development. Not half—not one-hundredth part—not a thousandth part of that which Joseph Smith revealed to the Church has yet been unfolded, either to the Church or to the world. The work of the expounder has scarcely begun. The Prophet planted by teaching the germ-truths of the great dispensation of the fulness of times. The watering and the weeding is going on, and God is giving the increase, and will give it more abundantly in the future as more intelligent discipleship shall obtain. The disciples of “Mormonism,” growing discontented with the necessarily primitive methods which have hitherto prevailed in sustaining the doctrine, will yet take profounder and broader views of the great doctrines committed to the Church; and, departing from mere repetition, will cast them in new formulas; co-operating in the works of the Spirit, until they help to give to the truths received a more forceful expression, and carry it beyond the earlier and cruder stages of its development.”

Second disciples or heretics, whatever you call them, are so very much needed in the church.  Now, more than ever.

June 17, 2014 Room For All In This Church
Recent Comments
0 | Leave a Comment
Browse Our Archives
Follow Us!