Choosing NOT to Serve a Mission

Choosing NOT to Serve a Mission June 4, 2015 Gina Colvin

This guest post is by 21 year old Isaac McCluskey – my son.  Raising children to be LDS is always difficult,  particularly if they are male.  To go on a mission is the epitome, the crowning glory of ones parental efforts.  We had hoped that he would serve a mission because we know how profound and important it can be in a young man’s life – but it is also a matter of Mormon parental  pride.  Our parenting virtues are extolled if our boys serve, our inevitable faults are pondered over when they don’t.  But the pressure  for Young Men to serve a mission – at 18 years old –  is immense.  The social disapproval that attends the alternatives – not going or even delaying going – often spells the end of a boy’s affiliation  not just with the church, but with a faith life.

Yet, there are other more vexing issues that Isaac addresses.  The need for  certainty; the need to declare absolute truth; the expectation of spotlessness; and the pressure to suspend thought, doubt, questioning and enquiry  – all at the ripe old age of 18.

As  Mormon parents who wish for our children to undertake their Mormon futures mindfully and to be unafraid of difficult questions we run counter to a religious curriculum that is designed to construct a zealous cohort who will do the work of Mormon cultural reproduction without questions on their lips or doubts in the hearts.  For our son, this was not going to be possible – and so he left the church – and we mourn his hopefully temporary loss from pursuing a  faith life – in whatever tradition he chooses.  Because along with many, many others we believe the hard questions he poses are utterly necessary and  worth grappling with in order for religion to be relevant and powerful in the present:

As Krista Tippett pointed out so eloquently :  At their orthodox cores, religious traditions themselves hold our notions of earthly certainty and transcendent mystery – what we believe we know, and what we can never know for sure in time and space – in an exacting creative tension.  This creative tension could reform our common life. 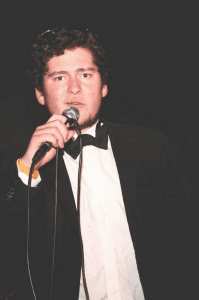 From an early age LDS youth, especially young men, are faced with a rite of passage: the mission. To the dispassionate observer, it seems straightforward; a two year break from the usual humdrum in a context in which you share your belief, while sparing your family the agonies of watching you grow up. In so doing missionaries are required to study the doctrine, know the doctrine and to be utterly obedient to their mission leaders.  To be the epitome of the living doctrine of Christ and His church is the undisputed goal of a ‘missionary’.

Undeniably, the principle goal of a missionary of the LDS church is conversion or recruitment. No matter how important the salvation of the soul to the missionary in the end the machine of church bureaucracy processes their spiritual work into a neat number on a report handed onto their line managers for accounting purposes.

LDS missionaries characteristically undertake their work guided by the repeated mantra “ONE TRUE CHURCH”. This certainty is the motive force behind the Mormon mission. One must KNOW. As it stands, I’m young and I am largely incapable of making a decision about what to have for breakfast let alone making certain spiritual calculations of eternal significance. This period of uncertainty in my life has been crucial for me as I learn to cope with complexity and paradox. It seems that this age, so full of seemingly small life decisions that I now need to be personally responsible for naturally inclines me to be more searching and thoughtful about the purpose of my existence. My philosophical conundrums in the face of such pedestrian decisions as what to have for breakfast leads me to existential questions that are not satisfied with the rhetoric of religious certainty. Some of this has somewhat to do with my upbringing I will admit, but I don’t feel convinced that by virtue of my birth into the LDS faith, I am one of a very, very, almost non-existent percentage of people who has access to the “full truth”.

I have always thought the Truth to be full in and of the nature of itself. The Truth is transcendent, the Truth is there. When scaled back to the bare bones of one’s existence, there is a Truth, some universal constant. A physicist might tell you that the speed of light is something approaching that kind of truth. Even in the mind of a stringent atheist-existentialist, the Truth is that there is no Truth. For me, the Truth has never been multi-faceted, nor has it been binary in the face of not truth. Much like such things as music, salt and 100% Pure Homebrand Cocoa (Non-NZ readers are definitely missing out here), the Truth just is. Psalms, Moses, John, Nephi, Jacob, Ether, Moroni, Joseph Smith and incalculable others have referred to the Truth doing such things as (just to use the LDS canon – a very small contribution to the oeuvre of spiritual texts)

-Springing forth from the Earth (Ps. 85)

and being just generally full-stop thank you very much period.

The last time I went to Church (for the full 3 hours – my girlfriend lived just down the road) I was told something that still to this day makes me very apprehensive of the nature of LDS belief on the whole.

“Though other faiths have aspects of the truth, we have the full truth.”

Why is the speed of light important? To me, the speed of light is the essence of creation. We can ‘measure’ the existence of God through the existence of humanity and the world – but that doesn’t mean we can ‘understand’ God precisely (or what it would be like to travel at the speed of light) just because we happen to measure it. Were we to get close to the edge of the universe we would be unable by our nature to physically reach out,  Truman style, and touch the wall. At the speed of light, matter is energy, energy is the building block of all creation, and pure creation is pure creation itself. There is no one part of the Truth of the speed of light. That’s just some random dude sitting on a park bench not moving at all, or a bird flying at various speeds through air. As is with spiritual truth. Approaching a Truth you view as transcendent, there is no chance of touching the wall. Yet, we are by nature willing to try and approach that, to see the hand of God, to feel the Love that God has for all His creation. Only processes, human made lenses exist to try and understand something more.

So then, if a truth is transcendent, as in, eternal, all-encompassing and unmoveable, yet liquid, then surely the full Truth is the Truth itself? I by no means try to proclaim this in spite of a mission, of a choice of denomination, of someone in a dark room staring at themselves in a mirror. Spirituality is by nature personal. The Church, for me, exists as one of a number of microscopes and lenses, filled with processes and the fallibility of mankind.  It is a ‘view’ of truth.   Sure, I would happily tell people that the Church has a higher spiritual platform that one can stand on, personally revealed to me through prayer and thought. But what is truth if it merely exists compartmentalised and in a book?

I’m almost certain that some readers will view this as a cop out. And they may. I’m very happy to admit that this is a cop out of a mission. So be it, I don’t want to make a suite of incontrovertible claims to religious truth that don’t cause me awe and wonder. I will never say that the Church is evil, or that a mission is deluded. By testament of many around me, not forgetting my father himself, the mission seems by all accounts to be a most uplifting experience.

In good conscience, I would never be able looks someone of another faith in the face and convince them that spring of eternal waters, their burning fire, their pillar of warm light from the heavens unfortunately falls crucially short of Cloud Nine. At no point has the thought of being on a mission, trying to convert “full truth” and a variety of other resources filled me with the same excitement or warm fuzzies I get when I stare into a clear night sky or meet someone who speaks another language and holds another faith tradition.

My belief, in short, is that someone has to have thought some version of all of this before me. I am unoriginal in my composition yet the genesis of my thought can only be mine. Hence the Good Word, hence art, hence diversity, hence, for me, God. Hence the love of all of God’s creation. I trust most in God that He has created man equally. I trust most that God, Jehovah, Allah, has put spiritual men on earth equally to reveal a simple Truth of Love to those who are willing to hear. Yet, we still think we are so special. We are, but then, I guess, we have always been simply travelling through the same universe.

-As much cocoa as one thinks one can handle

-Half that amount of raw sugar

-The tiniest dash of Cream

June 21, 2015 The Letter from the Office of the First Presidency that Never Came
Recent Comments
0 | Leave a Comment
Browse Our Archives
get the latest from
KiwiMormon
Sign up for our newsletter
Related posts from KiwiMormon