Intellectual Honesty and the Dance of Fear

Intellectual Honesty and the Dance of Fear August 23, 2015 Gina Colvin 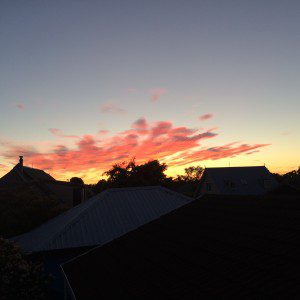 I was added to a Facebook group some months ago. I surveyed the discussion and realized quickly  that my contributions wouldn’t be entirely welcome.

But I’ve been feeling impatient recently. Impatient for change, impatient with the smallness and the meanness that can sometime characterize Mormonism, and so I was unguarded in my one and only comment knowing full well that I had dropped a bomb into the middle of a sea of self-affirming tranquility. We were talking about modesty and I proffered something about how brown women’s bodies in the Pacific were appropriated by white male colonists who used the church to control and discipline their sexuality.

I shouldn’t have done it – but the temptation to speak up about this in a space for Pacific Island woman was too great. Besides which, on a morbid level I wanted to see how the forces of this group’s outrage would circle, bite at my heels, seek to diminish me, socially shun and dismiss me.   It was fascinating to find oneself rejected by a group who simultaneously preached love but at the same time nourished rejection. I had something to say in a tone that was challenging for some to stomach because it wasn’t nice.

As the discussion developed it was pointed out to me repeatedly that unity was what held Mormonism together;  that questioning created division and I was seen as a threat  for disrupting a social group agreement to keep things peachy. I deserved to be disciplined.

I pushed on challenging my adversaries to ‘prove’ that my claims were wrong and it was agreed that that was not possible – I was probably right. BUT regardless of the fact that I was most probably right –this was less important than the group being united.

Excuse me!? Stop the press – being universally agreed on a wrong notion is better than being corrected or informed of something truthful or at the very least possible? But there it was – in Facebook black and white – the heart of contemporary Mormon discourse it seems dictates that it is more right to be unified around a fallacy than it is to raise a challenge to the group’s world view.

This makes me despair because I can feel a knot of hardness growing in the church where questions are shot down by declarations of certainty; where expressions of doubt are interrupted by firm avowals of religious conviction. But one gets the sense that these volleys from over the orthodox prow are not meant to be a rigorous confident consideration of the facts, but are rather lathered episodes of territoriality…

“This is my turf – keep off it if you want to dig up the dirt – even if your excavations are to extract toxic substances.”

None of this is news to me. Anyone who has transgressed the rules of Mormon social group cohesion by expressing an independent thought will be familiar with this pattern of behavior. But it did make me mindful.

The following day I asked in Sunday School whether we are obligated to follow the prophet even if  he is wrong? I did this in the context of the admission by the church that they got the race doctrine wrong. The teacher answered kindly, “I don’t know.”

Mostly I’m grumpy that Mormonism creates too much white space on the soul. That having no thought is seen as superior to complex thought. I’m grumpy that as a community we are coming up short when it comes to creating a moral community that invites everyone with their messiness, rebelliousness, questions, complexity, diversity, wounds and their pain into this place we call the Church of Jesus Christ.

June 21, 2015
The Letter from the Office of the First Presidency that Never Came
Next Post

September 22, 2015 50 Shades of Grey: Mormonism's Accidental Allegory
Recent Comments
0 | Leave a Comment
Browse Our Archives
get the latest from
KiwiMormon
Sign up for our newsletter
Related posts from KiwiMormon