When I was a Laurels’ class president I was invited to a conversation with the General Young Women Presidency who were touring New Zealand.  I was free to come with my questions.

So I said to them:  “The boys have priesthood ordination, missions, home-teaching, and access to the temple.  Young Women have Personal Progress.  What do we really have to look forward to in the church except for marriage?  And what if we don’t want to get married or we want to do other things with our lives before marriage?  There are no milestones in the church for us.  We just get to watch the boys get special treatment.”

To their credit, they didn’t try and fudge things.  Nor did they explain gender inequality in the church with some trite aphorism.   They went quiet and listened attentively.

Eventually, Sister Kapp replied,  “This is a great question.   You make a fair point.  We are going to take this back to Salt Lake City and have a conversation with the Brethren about it.”

I optimistically thought that everything would change in the time it would take for her to get back to Utah and call a meeting.

That was over 30 years ago and I’m still waiting.

Yesterday it was announced, with expectations of ‘rejoicing’,  that Young Women would now be permitted to participate in the administrative activities of the Temple Baptistry,  while 16-17-year-old Young Men will be allowed to perform proxy baptisms.

I imagined myself as a young woman again.

I felt the resentment boiling over as  from the sidelines  I see  myself  holding towels while  my male peers  ‘officiate.’   Being baptized by a 16-year-old ‘priest’  who gets to hold me under water, rub up against my body, and see the shape of my body under clinging wet clothing is another horror I  imagined.      But I feel that familiar sensation of indignity as one by one those boys drop their wet towels behind them in a gush of dripping triumph while I stoop to pick them off the floor.   I am pretty confident that I would have been furious at this injustice posturing as gender equality.

But in truth, isn’t this yet another church context in which females are asked to be an appreciative and supportive audience to Mormon masculinity and patriarchy?

Of course, Young Women aren’t taught to see this inequality as a slight on their gender.   Mormon girls and women are taught that they are equal but different.  Much like Jesus’s supposed subordination to the Father on the cross,  God’s plan is for female subordination to the male priesthood.   We are told this is a good thing.

“Women are off the hook,”we are told.

“All you have to be is obedient to the men and if they get it wrong then that’s on them!”  We are reassured.

“You get it good because you won’t be subject to the same levels of divine disapproval that the menfolk are!”  We are instructed.

“Women can have babies and that is as good as the priesthood!!”

“Women are more spiritual, compassionate, nurturing, etc. and they don’t need the priesthood as much as males who by nature are lazy, incompetent dumbasses. If women had the priesthood their goodness and ability would overshadow the men and the men would all leave the church because there’d be nothing for them to do!”

Of course, this is all sexist hogwash and bunkum.  The ‘equal but different’ argument is Christianity’s dirty not so secret, secret and betrays the way in which the Jesus movement was and continues to be interpreted through a hermeneutics of patriarchy and empire.     It reminds us of the Jim Crow laws of the American South that imposed segregation.  The adage, ‘equal but separate’ is a social poison that has produced no good thing – anywhere.

I sniffed out something off in the nature of gender things in Mormonism when I was 17.   The LDS church is fecund with sexism and this new policy has caused me to wonder how I would have felt about this alteration in temple roles if I was a young woman again.  What would  I have said to myself to make it OK for me to be put on towel dispensing duty while the Young Men got to do the work of ordinance officiation?

And that has aroused so many questions in me.

I’ve been a Young Women’s President at least five times that I can remember, and I can’t for the life of me figure out how on Earth I would look a young Laurel Gina in the eye and tell her she doesn’t have the right to the same religious opportunities as the boys.  What would I have to be thinking to make that right for her?  It strikes me that I’d really have to believe that God never intended for females to be expressive of any spiritual yearning outside of male desire.

And if that’s the case, why would I ask her to worship that God?

Mormon priesthood IS masculinity and patriarchy posturing as God.

And that God, as it turns out, is a poor metaphor for the Divine. 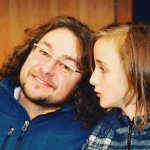 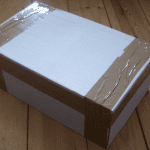 January 1, 2018 Out-of-the-Box in 2018
Recent Comments
0 | Leave a Comment
Browse Our Archives
get the latest from
KiwiMormon
Sign up for our newsletter
Related posts from KiwiMormon