I Begged & Prayed & Pleaded That You’d Come, But You Didn’t …

After the second World War, much of Europe was absolutely devastated. Many buildings were burned down and people were starving. One early morning, an American soldier saw a little boy with his face pressed against a window. Curious about what the boy was doing, one of the soldiers slowly and softly walked behind him and saw he was looking into a bakery.

The soldier, looking at this boy, realized he must have lost his parents and everything else, just like hundreds and hundreds of other children who had become orphans during the war. The solider went into the bakery and got some bread and then came out and gave it to the desperately hungry little boy.

As the soldier walked away, the child pulled at his coat. He looked into the eyes of this tall soldier and simply asked, “Mister . . . are you God?” 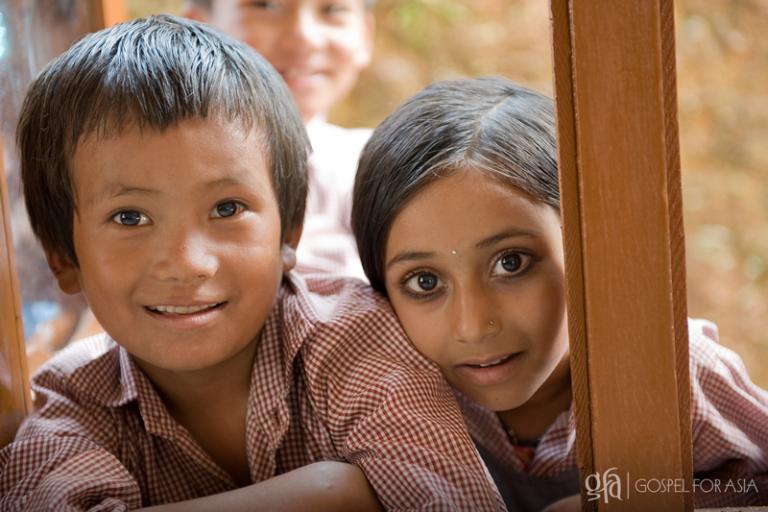 The Bible talks about a time in history when the children of Israel—600,000 people—were enslaved in Egypt. God called out to Moses to get his attention. He could have talked about the multiple billions of galaxies He spoke into existence or about everything going on the world and His plans for it. But He said, “Moses, I have a real problem. I see the suffering, the slavery, the poverty, the starvation, the abuse and the neglect and the loneliness and the slum dwellers. I hear their cries, and, Moses, I can’t wait any longer. I have come down—I have come down—to give them the answer, to set them free, to give them hope and new beginnings” (Exodus 3:7-8, paraphrased).

Well, this was great news. But then, the next thing He says: “Come now, therefore, and I will send you to Pharaoh that you may bring My people, the children of Israel, out of Egypt” (Exodus 3:10).

If the Almighty God was able to simply speak words and everything—seen and unseen, visible and invisible—came into existence out of nothing, don’t you think He could have uprooted these people from slavery and poverty instantaneously, and taken them to the Promised Land? Couldn’t He just have simply snuffed out Pharaoh and these wicked people? Think about it.  God didn’t just do it Himself. He chose to work through man.

Pause for a moment and consider this. You are like Moses; I am like Moses. God, in His sovereign plan, has not chosen to walk around on earth today with His own two legs, two hands, eyes and ears to take people to the hospital, to give them food, to care for them or to pay for their medical bills—He does this through us.

The world is so full of needs, of hunger, poverty and sickness. As World AIDS Day happens on December 1, we are especially reminded of the many people suffering from this terrible disease. According to the UN, there were 36.7 million people living with HIV in 2016, and one million people died from AIDS-related illnesses just last year.

Jesus saw the multitude and was “moved with compassion” (Matthew 9:36). Next He tells His followers to pray to the Father that there will be laborers who will help share in touching the lives of many in need. And then in the following chapter, He says, “Behold, I send you” (Matthew 10:16).

One day when we stand before God, we will be judged for our life here on earth. And this judgment will not be based on what we don’t know, but rather on what we do know from Scripture and through our conscience. Though man is fallen, we are still made in the image of God. We have a sense, an awareness, of what is right. For example, we see our children go to school, healthy and well-dressed. Then we see a beggar on TV. She is skin and bones and carrying a little semi-naked baby who is starving. We instinctively connect the events. But we so often make the choice to close our eyes and walk on with our lives. We rationalize our response.

I was naked, out in the cold, in exposure, and you sent me away,

I was a stranger, and I knocked at your door,

But you didn’t open, you told me to go away,

I was sick, racked in pain upon my bed,

And I begged, and prayed, and pleaded that you’d come, but you didn’t,

I was in prison, and I rotted there,

What a sobering thought.

Are we willing to be the ones to go? To be like that soldier who took the time to buy bread for a little orphan boy? Are we willing to go ourselves once a week or once a month or even once a year to sit with those who are dying of AIDS or some other sickness? To be a comfort to those left behind?

Unfortunately, there is still a strong stigma around HIV/AIDS in many parts of the world. Three siblings named Bivan, Dipesh and Loli experienced this very personally. Their father died as a result of HIV, and their mother, Lalit, was also diagnosed with the disease. She struggled to care for her children alone after her husband died. She worried about what would happen to them after she was gone.

Fortunately, the staff from a local GFA-supported Bridge of Hope center found out about this family’s situation and enrolled the children in the program. Bivan, Dipesh and Loli received nutritious food, education and medical checkups at the center, along with the love and support of the staff.

Sadly, their mother’s health faded, and she passed away just six months after her husband. At this time, when the children were in desperate need of family, their nearest relatives refused to help them because of the disease that ravaged their family. Others accused the children of lacking potential and being doomed to failure. The abandoned orphans could have ended up on the streets like many other orphans in Asia, but the Lord in His mercy intervened through Bridge of Hope. The staff did everything they could to specially care for these precious children and continued to be there for them even as they grew older and could no longer attend the center.

This is the heart of Christ. The Gospel of Jesus is not about us having a wonderful life and a great future and our dreams coming true. Jesus came not to be served, but to serve and give His life that others may find life. And this is how we are supposed to live, what we should be become.

I encourage you to seek out ways you can help those who are in need, perhaps those affected by AIDS—whether locally or around the world. Be an agent to rally others to make a difference. Some examples of how GFA-supported workers do this is by holding awareness events each year on World AIDS Day, reaching out to those in red-light districts and holding medical camps for those with no access to medical care.

You can also talk to people, write letters and collect money. I met a professor who was teaching at a college in Kerala, India. She was a PhD, a brilliant professor. Her life ambition was to build little homes for homeless people. She would only use enough money from her salary to meet her family’s needs, but the rest of the money she put into building these homes. She also collected money from anyone else she could. What a brilliant example of embracing a simple lifestyle for the sake of others!

Let us be content. Don’t try to find happiness in building up a life for yourself, but do what you can for others. And in all of this, ask yourself, “What is my attitude toward the sick, the dying, the suffering—do I care?” Be a “do-er,” rather than just knowing the facts or needs. Make a decision to live as Christ did in the world. 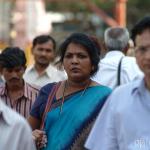 November 27, 2017
Choose to Walk in Love & Humility as He Did Says Dr. KP Yohannan Metropolitan
Next Post 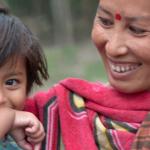 December 2, 2017 Learning to See Jesus in Every Part of Our Lives
Recent Comments
2 Comments | Leave a Comment
"keep Preachin Jesus is Coming Back He sees Our work"
brother in Christ He is Looking for You
"Amen, Dr. Yohannan. The gospel is the most important thing there is, and we believers ..."
Eileen Six Days in a Ditch
"Amen and amen brother Jesus has call us to continue his work on this earth ..."
Marie God’s Purpose for You
"Amen."
Eileen We Must See the Real Jesus
Browse Our Archives
Related posts from Living in the Light of Eternity 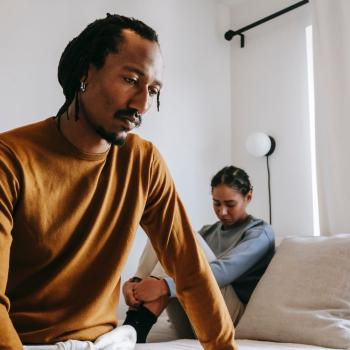 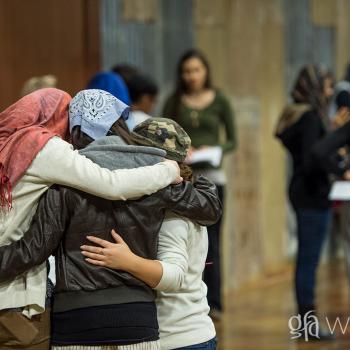