The Way We Will Make It to the End

We are told in Hebrews 12:2–3 (NIV), “Let us fix our eyes on Jesus, the author and perfecter of our faith, who for the joy set before him endured the cross, scorning its shame, and sat down at the right hand of the throne of God. Consider him who endured such opposition from sinful men, so that you will not grow weary and lose heart.”

“Consider Him . . .” Those are powerful words, because at one time or another, we all grow weary. Our hearts so easily faint, and we find ourselves on that verge of giving up. No matter how great the accomplishments in your life are, how many degrees you hold, how many books you have read or how determined you are to persist to the end, losing heart comes to us all.

But there is a way to not lose heart. That is found in keeping Jesus before us, fixing our eyes on Him and considering Him. Following the Lord closely is the most precious thing in this life. And it is only in fixing our gaze on Him that we are able to endure whatever comes along.

Think about the disciples who followed Jesus. After Christ’s resurrection and ascension, severe persecution arose under the Roman emperor, Nero, in A.D. 54–68. Gladiators slaughtered hundreds of believers, many were fed to hungry lions and still others were crucified. Surely these believers must have prayed for God’s intervention, but the persecution and suffering were not eliminated. How, then, were they able to endure such great opposition? Certainly this persecution would have been enough to turn away even the most devoted saint. But it didn’t happen. Why? Because their eyes were fixed on Jesus. Church history tells us that in the midst of such tremendous persecution the believers would encourage one another to “remember Jesus!”

When Stephen, the first Christian martyr, was being stoned to death, Acts 7:55–56 (NIV) tells us that he “looked up to heaven and saw the glory of God, and Jesus standing at the right hand of God. ‘Look,’ he said, ‘I see heaven open and the Son of Man standing at the right hand of God.'” It was in seeing Jesus that Stephen found the strength not only to live for His Savior, but to die for Him as well.

Notice that it was not the great need to get the Gospel to all people that gave Stephen the fortitude to continue even when persecuted. It was not the depravity of the lost that kept the disciples enduring until the end. It was only because of Jesus. The good work you are doing or the fruit you are seeing can never be enough to keep you going. Only in seeing Him will you find the strength to endure all things to the end.

Hundreds of times, by different reporters, presidents and prime ministers from all over the world, Mother Teresa was asked the same question: “What makes you do what you are doing? How do you keep going?” Never was her answer, “There are so many lepers in India. There are so many poor people in India. The suffering and needs are so great.” No. Her answer was always the same. She would simply reply, “Because of Jesus.”

And this is how I want to encourage you also. In everything, at all times, look to Jesus. Come to Him and remember Him. I can say this to you because I have learned from my own experiences how easy it is to wander. How easy it is to get so caught up in all that happens in life, becoming sidetracked and losing our focus. But our hope and our life are in seeing Jesus.

He Is Our Rock

A sure guarantee to become discouraged and fail is to consider the circumstances you face. It was Peter whom Christ called to come and walk to Him on the water. And, considering Christ, Peter stepped out of the boat and onto the water—and began walking! But it is when he started to look around and see the raging waves that he began to sink. He simply could not accept that what he was doing was reasonable. And when he considered his circumstances, he began to sink.

This tells us that our circumstances, whatever they may be—friends or relatives rejecting or opposing you, health failing, business in trouble, people whom you trusted and looked up to no longer walking with God, the list can go on and on—can cause us to lose heart.

Remember Paul? Anyone reading the book of 2 Corinthians, even superficially, will be stunned by the persecution, difficulties and suffering Paul encountered in his life:

Humanly speaking, it is difficult to grasp or comprehend how a man could go on with this kind of intense suffering. Not only did he face this suffering from outsiders, but also from people who were very close to him, he experienced such rejection and loneliness. In the time of difficulties, most of his friends ran away (see 2 Timothy 4:10).

How on earth did Paul survive? The answer is given in 2 Corinthians 4:1—“Therefore, since we have this ministry, as we have received mercy, we do not lose heart.” That simply means the thing that kept Paul going, in spite of all the difficulties, was his constant consideration of the Lord Jesus Christ—for it was He who went before him, the one who was with him and the one who had called him. The very first thing Christ told Paul were the things that he must suffer for His sake (see Acts 9:16), and Paul never forgot that.

What kept John, Christ’s beloved disciple, from despair when he was exiled and all alone in a forgotten land on the island of Patmos? We read in the first chapter of the book of Revelation about John’s “Christ encounter.” In the midst of feeling forsaken and with every reason to be discouraged, we find John looking to Christ—and what a remarkable encounter he had!

We have the choice to deliberately think about the Lord in the moments our hearts begin to become overwhelmed with the circumstances of life. It is a choice we make and one that can eventually become a habit. In every situation, every day, in all things, let us consider Christ, who He is and His promises for us. For “Jesus Christ is the same yesterday, today, and forever” (Hebrews 13:8). He never changes. He who was able to keep Paul and John until the end is able to keep you as well. The only one whom we can draw strength from and depend on for all that we need is Jesus.

What helps you “consider Jesus” and not lose heart? Is it recalling a verse or a part of His story or even something visual, or simply praying to Him, or something else? Comment below. 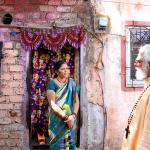 September 10, 2018
Willingness to Suffer Makes Us Unmovable and Enduring
Next Post 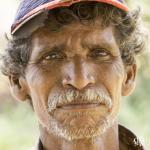 September 18, 2018 Our Attitude Towards Suffering
Recent Comments
2 Comments | Leave a Comment
Browse Our Archives
get the latest updates from
Living in the Light of Eternity
and the Patheos
Evangelical
Channel
POPULAR AT PATHEOS Evangelical
1

Announcing...Living the King Jesus Gospel (A...
Crux Sola: Formed by Scripture to Live like Christ
Related posts from Living in the Light of Eternity