All We Do is Because of Jesus

Christianity is not following a system, theology, doctrines or some ideas. It is following Christ. In all things that we do, we must keep in mind that the highest, most sacred call the Lord gave us is to walk with Him, to love Him and to know Him. That’s why the Apostle Paul wrote to the Philippians: “For to me, to live is Christ, and to die is gain” (Philippians 1:21). All because of Jesus.

In chapter three, Paul explains the purpose for which he renounced all things—not to do great things for God, not to become a well-known Christian, not to establish a ministry—no, none of those things, but “that I may know Him” (Philippians 3:10). 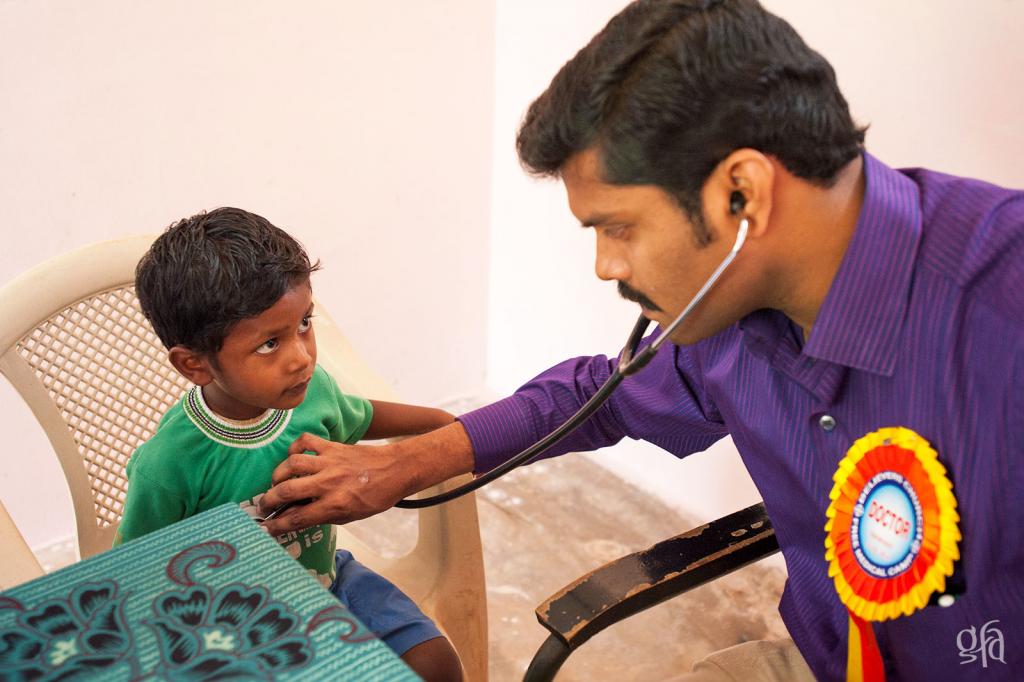 All That Paul Did Was Because of Jesus

When we read through the book of Acts and all the letters Paul wrote, we see the result of one man’s commitment to know the Lord. Everything Paul did—ministry, sacrifice, hard work day and night—it all came out of one thing: loving Jesus, knowing the Lord.

Unless our knowledge of the Bible turns into a relationship with Jesus, the strong winds of adversity, discouragement, enticement from the world, a better job, higher salaries, concerns for the future, life struggles and relationship problems will knock us down; we will no longer closely follow the Lord.

There is no doubt that the three Hebrew young men survived the fiery furnace because of their love for the Lord (see Daniel 3). That’s the reason the fourth one, the unseen One, was there with them. And Moses rejected his position in Egypt, for by faith he saw “Him who is invisible” (Hebrews 11:27). Every individual in the Bible who really came through and was approved by the Lord didn’t get there because of his or her achievements. It was because of a close, personal relationship with the Lord. That was the sustaining power.

The Call Is for Us Also

Today, the call of Jesus remains fresh and real: “Come, follow Me” (Luke 18:22). His footsteps will take us to those who have never had the chance to know Him, to the suffering, to those who have no hope. But serving them, interceding on their behalf and sacrificing to send brothers and sisters to them will never be a burden for us because it’s all for Him.

If we truly see the invisible One, all that we do will be because of Jesus, and it will truly be our privilege and joy.

His arms are open wide—let us run after Him. 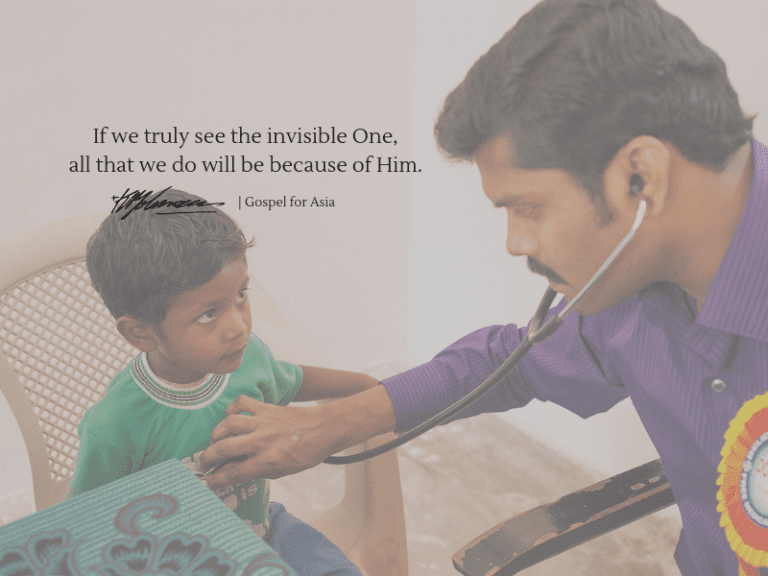 Read about Dheerendra and his love for Christ. 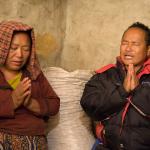 October 9, 2018
Prayer is the Outstretched Arms of the Child for the Father's Help
Next Post 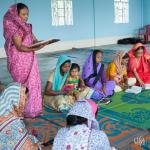 October 11, 2018 Pursuing the Narrow Road
Recent Comments
1 Comment | Leave a Comment
Browse Our Archives
Related posts from Living in the Light of Eternity