International Day of the Girl Child: Beloved Children of God

Jungle birds call outside my window; it is desperately humid this tropical afternoon, but it’s tears, not sweat, that drip down my cheeks. Anguish and hope engulf my heart as I listen to Ruth tell me her story. One of four happy sisters, I’m confronted with the unrecognized privilege of my own childhood, one where sonlessness was never perceived to be a family handicap, and daughters were no burden.

Ruth’s parents had sold their land as a sacrifice, desperate to ensure that, after three daughters, their next baby would be a son. But Ruth was born a girl, and she was punished for it throughout her childhood. From infancy she bore the burden of her family’s crushed hopes. She lived as “a beggar for love,” until one day, through GFA-supported workers, she learned that her Father in heaven had sacrificed His own Son, so that she could be called a child of God. This truth changed everything for her.

Listen to Ruth’s redemptive story for yourself—and then, in honor of the International Day of the Girl Child on October 11, 2019, we can fight together for change as we remember those who stand among us despite systemic disadvantage.

Months later, she gave birth to a son—and she realized what the doctor had been trying to tell her. He wasn’t speaking to the health of organs or the presence of limbs or the absence of malformation: He was trying to communicate that her child was a boy.

In her country, it is illegal for a doctor to indicate the gender of an unborn child. To do so jeopardizes the most vulnerable, and “it’s a girl” often becomes a death sentence followed by abortion.

After all, a son means an heir to the family name and a partner in the family business. He will grow up to become a source of support and provision—and that is a future worth investing in.

A daughter, however, represents years of setting aside much-needed funds, stockpiling a dowry to secure her eventual marriage. Until then, her daily expenses remain the responsibility of the family, but once she’s old enough to contribute to their income, she’ll marry and that income will go to her new family. She is a poor return on investment.

Even in families without such a bottom-line perspective, financial limitations commonly induce the sacrifice of the female child’s education. Globally, two-thirds of the illiterate people in the world are female.[i] 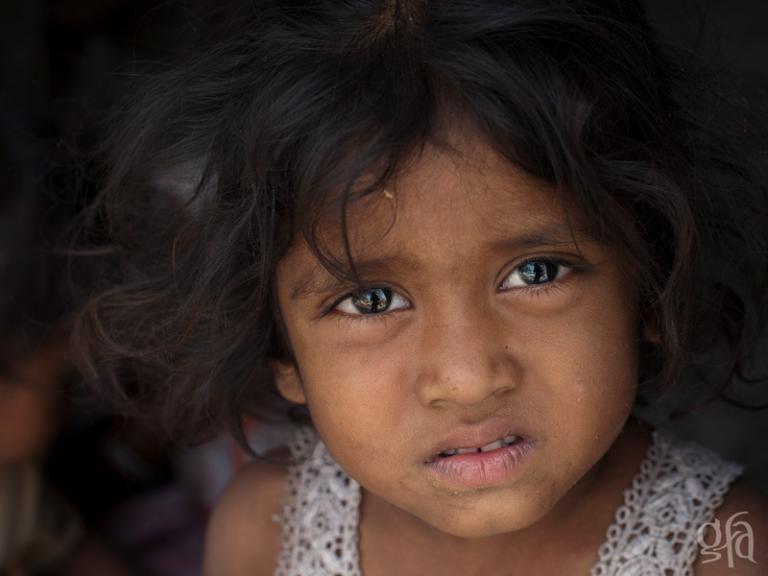 Image Bearers: Why All Are Valuable

The majesty of stunning vistas and intricate self-replicating cells, extraordinary sea creatures and ornately feathered birds, lands and seas and galaxies—Genesis 1 tells us that God looked on His creation and pronounced it “good.” Yet when He looked upon humanity, having made them “in our own image, male and female,” they He pronounced “very good” (Genesis 1:27,31).

What will it take for every child to be born into a world that regards them as “very good”? Birthed into a world of brokenness and sin, too many children—male or female—are never told that they bear the image of their heavenly Father who loves them. And while not all girls will be scorned for being born female, in whatever culture a girl is reared in, she will likely be surrounded with messages throughout her life that she is not enough.

Rooted in this mindset—this reality of “Imago Dei,” of being made in His likeness—it is important that we help boys and girls alike understand their innate value and worth, equipping them during their most formative years to stand up for the vulnerable and to side with justice.

Where young girls are prematurely pulled from school for reasons of family practicality, we must help parents see how literacy is equally necessary for their daughters as it is for their sons. To see that to fight for and invest in her education will allow her family to flourish and thrive. And not just to see education’s merit, but to have options to achieve it.

Change is Happening, One Girl at a Time

Numerous obstacles so often stand in the way of a girl’s education. When younger siblings need care so Mum can work, might it feel selfish to ignore their needs in pursuit of her own education, though it be the key to a better future? When resources are limited, how should she prioritize schoolbooks over daily hunger? For these reasons and so many others, the daughters of our world are struggling.

The hurdles begin to overwhelm. But I take heart in remembering that our “Father of mercies and God of all comforts” cherishes every girl and has made provision for them (2 Corinthians 1:3).

Days after hearing Ruth’s story, I sat in a room filled with nearly a hundred GFA-supported women missionaries charged with launching Health & Hygiene Training for women across their country. That year, tens of thousands of women were helped (women like Asha). By 2018, this practical help was given to 290,753 women spanning several generations of “girl-childs.”

In 2018, nearly 62,000 women learned to read and write through GFA-supported literacy training, and the lessons stolen from their childhood were restored to them at last.

And today, more than 70,000 students enrolled in GFA-supported Bridge of Hope centers are learning, along with their families, to cherish, protect, and empower young girls. 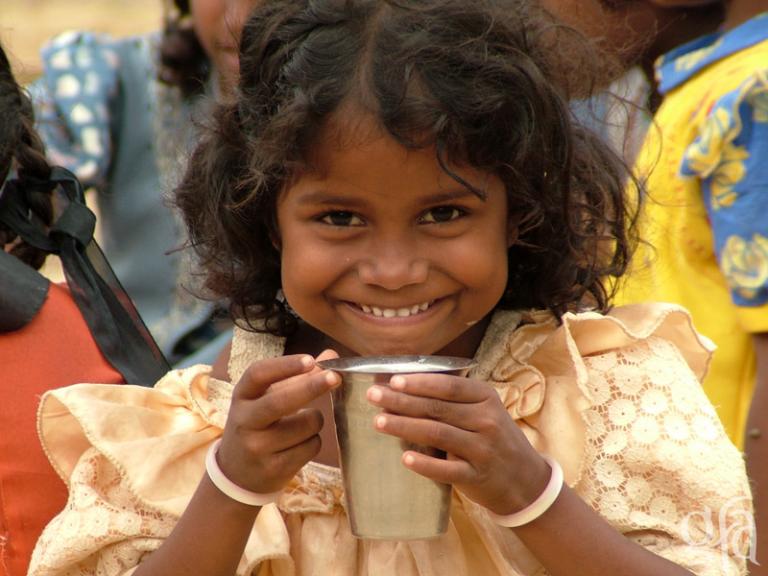 On the happy day when that “good baby” was born, family and friends gathered in the hospital to celebrate the young life. This child was born into a family of grace, surrounded by uncles and aunties ready to nurture and love, men and women who happened to be GFA-supported workers.

Across the hallway, a young mom sat alone in silence, a baby girl in her arms. Her family had left in scorn, threatening that if she kept this girl, she would be on her own.  The woman held her daughter close. She had her newborn and nothing else, no food, no help, no provision, no care for her infant girl.

Nudged by compassion, the Christ-followers celebrating next door stepped into her room and became part of her story.

They gathered at her bedside with a little impromptu shower, bringing blankets, clothes, diapers and laughter, expressing the Father’s love and joy over a precious girl child, a gift from God.

They told her, “If you are standing up for your daughter, we will stand up for you, and be here for you.” For she, too, was cause for celebration.

Standing Up for Her

As the Body of Christ, we must be a safe place for young mothers. A haven for the abused. A family for the orphaned and the unloved. A place that celebrates every girl and every life.

Join with us this International Day of the Girl Child:

Pray for local authorities, global partnerships, church leaders and men and women who speak truth and defend the vulnerable.

Partner with those who foster the future of girls. Or look for an opportunity close to your own heart.

Pause and think of a young girl in your own life who may need some encouragement. Take a moment to tell her of her significance and encourage her as she grows into a woman of strength and grace.

Praise God for lives being transformed as GFA helps bring hope to women and girls throughout Asia.

Learn more about how GFA is bringing hope to women and girls throughout Asia and how you can be part of it. 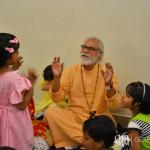 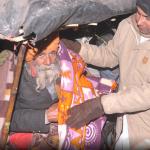 October 18, 2019 How God Uses Us to Show His Love in Practical Ways
Recent Comments
0 | Leave a Comment
Browse Our Archives
Follow Us!

Jameela Jamil, Jesus, and Me
Preventing Grace
Related posts from Living in the Light of Eternity 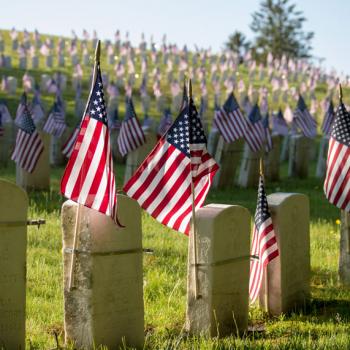 Evangelical
Memorial Day: Honoring Those Who Gave Their Lives
Living in the Light of Eternity 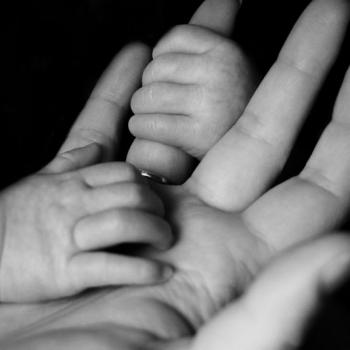 Evangelical
Mother's Day: Was Your Mom "Consistently Adequate"?
Living in the Light of Eternity 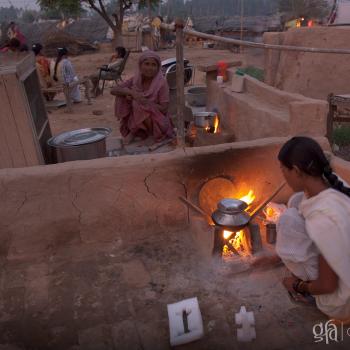 Evangelical
Why Do We Not Have Room in Our...
Living in the Light of Eternity 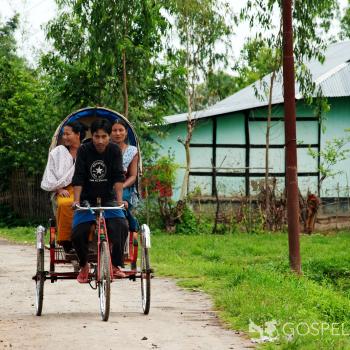 Evangelical
Grateful for 82 Years in the "American Miracle"...
Living in the Light of Eternity
TRENDING AT PATHEOS Evangelical

Guac Sermon Podcast and Links
Hope you're all praying for our lovely cat who is so old....
view all Evangelical blogs
What Are Your Thoughts?leave a comment
Copyright 2008-2020, Patheos. All rights reserved.