Atheism is for everyone.

Hello, my name is Andrew Hall and I’m the author of Laughing in Disbelief. Before getting to business I just want to thank you for taking some time and reading one of my posts. I appreciate it!

You probably clicked a link to a story and you’re here.

The story you were reading is satirical.

The use of humour, irony, exaggeration, or ridicule to expose and criticize people’s stupidity or vices, particularly in the context of contemporary politics and other topical issues.

Well, there you go. That’s what I try to achieve on Laughing in Disbelief. Under normal circumstances, my humble blog is similar to The Onion. As many of you know, The Onion publishes satirical stories poking fun at everyday problems everyday people face as well as pointing out the hypocrisy of the rich and powerful. Think of Laughing in Disbelief as The Onion on drugs. Like meth. Or bath salts.

I hope I’m providing laughs for people who are left of center (Hey! That’s the name of a Facebook group I run). I also think atheists, Satanists, agnostics, Brights, and antitheists will have a chuckle!

Some of you may not think what I do is nice. And that’s for several reasons:

One: You may say to yourself “I didn’t know the post was satirical.”

OK, well, there are several winks to readers that signal the article is a joke.

One of them is the link that brought you here.

Another wink is that someone in the story has a name derived from canard. It’s typically Andrew Canard. The word canard not only means duck but also an unfounded rumor or story.

Sometimes I like to name the people in the post are named after Confederate generals or Nazis.

And, of course, the name of the blog is Laughing in Disbelief. Richard Dawkins once remarked on my old blog, Laughing in Purgatory, that the name alone should tell people it’s satirical. I think the same principle applies.

All of these, my friends, are signs that the story is satirical.

A second complaint I sometimes get is Andrew Hall what you do is mean, mean, mean.

Satire is a way for the weak to strike back at the strong. The strong have wealth, respect, and power. Those of us who are different need to use other tools. We have laughter. And hope.

I heard a line penned by Finley Peter Dunne.  And it stuck with me. To paraphrase My job is to comfort the afflicted and afflict the comfortable.

All that being said, I hope you like what I do here. I’m a one-person comedy factory producing comics that educate about cognitive fallacies (The series is called Andy’s Follies). I also have a lovely YouTube channel where I’m interviewing notable people on the best advice they ever received.  And I’d be remiss if I didn’t mention I’m cohost of the Naked Diner podcast. Satanic blogger Jack Matirko is my cohost and we have talked with a lot of awesome people. If you listen, then you will laugh and your brain will learn something.

I have a Patreon account where you can show me some financial love and support. You can also buy me a cup of coffee!

Once again. Thank you for stopping by! 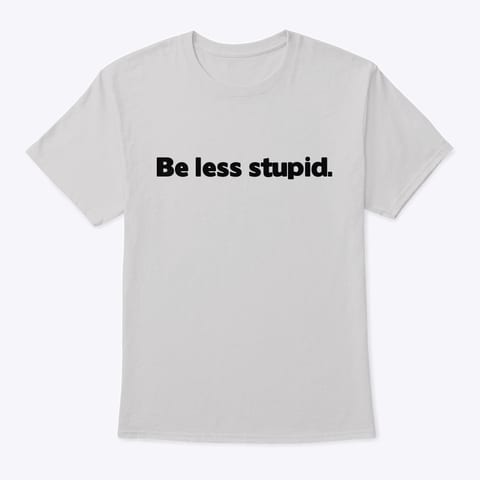