Shepherds and Economics: The Lectionary for the Fourth Sunday of Easter

Shepherds and Economics: The Lectionary for the Fourth Sunday of Easter April 19, 2015 Eric Smith

What It’s About: This is about Peter confessing his faith in front of powerful people.

What It’s Really About: This is another one of those speeches in Acts–which are exactly like those speeches you make up in your head after you have a conversation, in which you say (to nobody) what you should have said in the moment.

What It’s Not About: It’s not about that base. This is about the cornerstone! That’s an architecture joke. And a pop culture joke. Not a good one.

Maybe You Should Think About: What does this tell us about the early church? The author of Acts wants us to believe that the church was in conflict with Jewish authorities all the time, and that in this case Peter was strong and confessed his faith in the face of persecution. So what does that get us? What does that tell us?

What It’s About: This is probably the best-known psalm in the bible, and one of the most-memorized passages in all of scripture. You know what it’s about.

What It’s Really About: This is one of those passages that, because of its popularity, is hard to read or hear anew. But this psalm is worth trying to encounter anew. It probably has a lot of associations for you (see below), but it doesn’t have to be about those things. It’s a moving and beautiful psalm of comfort and the presence of God.

What It’s Not About: It’s not about death. Most of us who have this psalm memorized have it memorized in the KJV, which talks about “the valley of the shadow of death.” The Hebrew is (as Hebrew can be) murky, but it seems to be more about darkness than death. If you’re anything like me, you’ve heard this at lots of funerals, but it doesn’t have to have those associations. Try to get beyond those associations, and you’ll have an easier time hearing this one anew.

Maybe You Should Think About: This psalm seems like a great candidate for some kind of sensory worship experience. So many people know it so well, it might be good to create an opportunity for people to experience it differently. Maybe set up a prayer station somewhere near the worship space, or have people write one word of the psalm each. Find some way for people to connect with it differently.

What It’s About: This is about moral exhortation. The author is asking the reader to live into the faith they claim.

What It’s Really About: This is really about communal economics. Remember all that communalism from Acts a few weeks ago? Here it is again. It seems that early Christians had this idea that people should share what they have, not hoard it, and help one another as an expression of their faith. Pretty radical stuff.

What It’s Really About: This is one of the “I Am” sayings of John, and it’s one of the more famous of them. The Shepherd seems to have been one of the major symbols that early Christians used to describe and depict Jesus (you can read all about it in my academic book). Why did this become so important for Christians? It’s a complicated question, but there was obviously something very comforting about the comparison between Jesus and a shepherd.

What It’s Not About: It’s not about that hired hand. In verse 13, Jesus makes a point to say how people act when they don’t have an interest in what’s happening to the sheep. Hired hands don’t have much invested in the outcomes. They’re content to let the wolves have the sheep. But Jesus is different, and Jesus is invested. It’s tempting (to me) to think about this, too, in light of the passage from 1 John. How does this I Am saying map onto economic behavior? Can this be an argument for how the church should be different?

Maybe You Should Think About: How can you read this passage and Psalm 23 together? The psalm is probably here because of this passage. Aside from having shepherds in common, what do they have to do with each other? 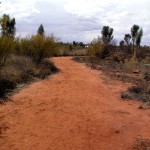 April 12, 2015
Sanctuaries, Bodies, and Journeys: The Lectionary for the Third Sunday of Easter
Next Post 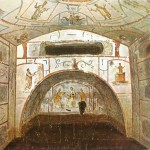 Jan. 17 Flashback: The Boy Who...
slacktivist
Related posts from LECTIO