Gods and Kings: The Lectionary for the Second Sunday after Pentecost

Gods and Kings: The Lectionary for the Second Sunday after Pentecost May 31, 2015 Eric Smith

Sometimes I complain that the lectionary texts are too thin–that there isn’t enough to work with. So I suppose I shouldn’t complain too much when I find that the lectionary texts are too many–that there are so many options that I get overwhelmed and confused. But this week is fairly complicated, in my opinion, with two different Hebrew Bible readings and two different Psalms readings, which are grouped differently depending on your tradition and liturgical practices. I’m going to group these together below, but keep in mind that you can use them–you probably should use them–as distinct readings.

What It’s About: When read together, these two texts add up to a stinging indictment of human hubris. More on that below.

The 1 Samuel text relates an especially pivotal point in Israel’s history, when (as the story goes) the people began to clamor for a king. To this point (again, as the story goes), the tribes had been distinct from their neighbors in that they functioned without a central government most of the time, only banding together and raising up a “judge” (kind of a military ruler) in times of threat. This system worked well for a while, and it had the theological advantage of keeping God as the only “king” of the people. But the people looked around and saw the stability and prosperity brought on by kingships in other nations, and they wanted one too. What follows in the text is Samuel’s conversations with God and with the people about kingship–how they didn’t really want one, but if they really think they do, they could have one.

Meanwhile, the Genesis text is the aftermath of Adam and Eve’s disobedience in the Garden of Eden. God, who is walking in the cool of the evening, discovers them hiding, and the three of them have a conversation that results in the humans being cursed by God.

What It’s Really About and What It’s Not About: These texts are really about the ways human beings overreach, fail to trust in God, and disobey at every turn. They are both really etiologies that attempt to explain the world through the shortcomings of human behavior. Why are political systems so messy and imperfect? Because humans do not trust God. Why is life full of suffering and toil? Because humans do not obey God. These two readings are two different takes on the brokenness of the human condition.

That does not necessarily mean, though, that we have to jump straight to the psychological and hamartiological readings of these texts that have been popularized by people like Augustine and Luther. Those two men (and lots of others before, and mostly, after) read passages like these as evidence of the total depravity (to borrow Calvin’s language) of human beings. Humans slide inevitably into the muck, the story goes, without divine intervention to lift them out.

But that’s not the only or inevitable reading of these texts. The 1 Samuel, in particular, can be read as a warning about exploitation of the many by the few. Verses 11-17 in particular underscore the perils of a society structured like a pyramid, with the few ensconced at the top, drawing resources from the many at the bottom. Read that way, it’s not about human hubris in taking on what ought to be a divine right, but it’s about the ways human harm and exploit each other. That’s the peril in kingship–not that it usurps God’s rights, but that it allows a few to usurp the rights of the many.

The Genesis text is trickier, and I think we have to start by asking about its assumptions about God. God, here, is named by the personal name YHWH, not the more generic Elohim. And God is strikingly human. YHWH likes to take walks. Does YHWH have legs? YHWH prefers the cool of the evening for those walks. Does YHWH get too hot at other times? YHWH seems to  not know where the humans are, and YHWH seems to be initially unaware that they have eaten of the tree. Is YHWH omniscient and omnipresent in the way we would later come to assume? It seems not. The underlying assumptions about God in this passage are of a very personal, personified, and anthropocentric deity. So my question is this: Is YHWH acting more like a king than a god in Genesis 3? Isn’t the kind of betrayal described in chapter 3–appropriation of resources that rightfully belong to the superior–more like a transgression against a king than a god? And if that’s right (and I don’t know if it is), how does that text converse with the 1 Samuel?

Maybe You Should Think About: These are the kinds of texts that make the Hebrew Bible such an enduring work of world literature. The questions being levied in these two texts are immense, with dramatic implications for how we think about the divine and human realms alike. I encourage you to be bold in your interpretations, and to not preach these as simple morality tales about human shortfalls. These texts ask critical questions about the human condition, and they deserve our honest and full attention.

What It’s About: Psalm 138 begins with language that ought to be jarring to our modern ears: “before the gods I sing your praise.” Here again is a reminder that we cannot neatly import our own theology into antiquity and expect it to work. Monotheism developed over time, and one of the stages along the way is represented here: the acknowledgement of many gods but the worship of only one. Psalms 130 and 138 are both about divine presence, and the ways that humans have access to God.

What It’s Really About: Re-read these two psalms with attention to how nationalistic they are. 138 is very centered on the temple, with references to the kings of the earth who will praise Israel’s God. This is a triumphalist kind of narrative, in which Israel’s rightness triumphs over the idolatries and falsehoods of other nations. And look at the final verse of 130. Most of the psalm reads as a very personal, private affair. But the final verse reveals that it is Israel that is in view. It’s the nation that God needs to redeem, not any one person.

What It’s Not About: There is a tendency, I think, for us to over-spiritualize the Psalms. And they are spiritual writings, to be sure. But we lose something when we read them and think, “well isn’t that lovely.” They weren’t meant to be lovely, at least not as their chief virtue. They were meant to carry meaning and convey arguments, and we can see that in these two psalms. These psalms articulate a worldview–very different from our own–and they do so in forceful and compelling ways.

Maybe You Should Think About: Many churches don’t really preach the Psalms. The Psalms get sung, or ignored altogether. But maybe these are the kinds of texts that deserve a second look. How could you preach this in a way that doesn’t fall into sentimentality, but takes seriously the arguments the texts are making?

What It’s About: Eternity, belief, grace, our inner nature….

What It’s Really About: I am not 100% sure what this is really about. 2 Corinthians is one of Paul’s most convoluted letters, partly because he is very angry and wounded for parts of it, and partly because it is composed of least two or three letters that have been smushed together. (I once created this fake Facebook feed to try to explain the complicated textual history of the Corinthians correspondence). Because of the messiness of 2 Corinthians, I think there are things going on in this passage that we can’t understand completely, because we don’t have access to the situations and concerns Paul was addressing.

What It’s Not About: There’s almost certainly nothing to this, but 5:1 makes me want to hop into my time machine and learn more about Paul. Acts calls him a tentmaker or leatherworker (the word is ambiguous in Greek); I wonder if Paul is making an allusion to that here? Probably not, but it’s fun to think about.

Maybe You Should Think About: This might be heresy to some, but with so many other good texts to work with this week, maybe you should think about skipping this one.

What It’s About: This passage is about Jesus being misunderstood by nearly everyone around him: his family and the religious leaders, and, elsewhere in Mark, his own disciples. In Mark, Jesus can be cryptic, and his words don’t always land with the power and authority we’ve come to expect them to.

What It’s Really About: This is really about Jesus defending himself against accusations about his cosmological allegiances. The scribes think he might be working for Beelzebul, but Jesus retorts with a logic game: he can’t be Satan because he casts out demons. I think we tend to view these kinds of exchanges as more confrontational than they really were; I can imagine this kind of back-and-forth as a feature of any street preacher’s life, and it doesn’t have to take on the enormous cosmological significance that we ascribe to it. But what follows, Jesus’ implicit rejection of his family in favor of a more expansive view of family bonds, is interesting–especially as it is paired with the bit with the scribes.

What It’s Not About: Verses 28 and 29 are the subject of a great many Christian trivia games. “What is the only unforgivable sin?” I think this passage has been taken way out of context, and taken way too literally. I doubt very much that Jesus had in mind a catalog of all the possible sins, with infinity-minus-one in one column as forgivable, and blasphemy against the Holy spirit in the other column as unforgivable. Certainly Jesus thought blasphemy against the Spirit was bad, but I don’t think that he meant to say anything quite as epochal as we make it out to be today.

Maybe You Should Think About: What is this passage about? What holds the beginning (scribes, Beelzebul, Satan) together with the middle (blasphemy against the Holy Spirit) and the end (family definitions)? 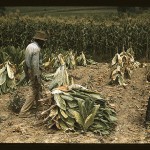 May 27, 2015
Tobacco, Church, and Nostalgia: A Sermon for Pentecost
Next Post 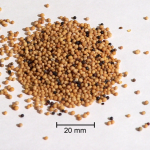