Kingdoms and Mustard Seeds: The Lectionary for the Third Sunday after Pentecost

Kingdoms and Mustard Seeds: The Lectionary for the Third Sunday after Pentecost June 7, 2015 Eric Smith

What It’s About: This is the story of the selection of David as king over Israel. And as such, it’s the story of the rejection of a bunch of others, including Saul, about whom God is sorry–not that Saul had died, but rather than God had made Saul king in the first place. Ouch.

What It’s Really About: I can’t read this passage without thinking about a beauty pageant. The candidates are made to parade around, and the word comes from God (in a man-behind-the-curtain kind of touch) that each one is inadequate. It’s like watching the swimsuit competition of the Miss America Pageant.

What It’s Not About: What’s interesting about this passage is that the conversation has already moved on from whether a king is a good idea, which was a big discussion as recently as last week, and it has turned to which candidate God approves of. God does not repent, in 15:35, of the institution of kingship. Rather, God repents of having made Saul king, and holds out hope that the next one will be better. This is a big swing in the terms of the conversation, and it seems that already the status quo is kingship–a condition that will hold for a long time.

Maybe You Should Think About: Like it or not, it’s election season in the United States, a year and a half before the next presidential vote. Democrats and Republicans are coming out of the woodwork to declare their candidacies, and their movements and machinations are already part of the daily news cycle. Maybe now is the time, before things get too charged as we get closer to the election, to lay the groundwork for conversations about governance, church and state, and whatever other politically-charged issues your church is likely to engage. The Mark text below could help with that, with its focus on the Kingdom of God. More on that in a bit.

What It’s About: This is a kingship psalm, at least in a roundabout way–a different view on Israel’s monarchy from a different set of literature. It’s a much more exalted, nationalistic, and patriotic kind of kingship, in which the king stands in for the nation. It’s only at the last line of the psalm that we hear about the king directly (although “his anointed” in verse 6 is definitely kingly language), but once we hear that line, everything clicks into place: this is a psalm asking for support for the king.

What It’s Really About: It’s always fun to imagine the cultic contexts of the psalms, and this one really begs for understanding. When was this used? In court? At coronations? In the king’s presence, or absence? The answer goes a long way toward helping us interpret it, but alas, it’s hard to know for sure.

What It’s Not About: It’s not about this, really, but Christians should take note. The “anointed” in verses 6 is actually meshiach in Hebrew (and it’s actually in verse 7 in the Hebrew, but things have been shifted around in the translation for clarity). That’s the word for “messiah” (which just means “anointed,” and by proxy, “king”), which is the word that is rendered christos in Greek. That the word for the king of Israel and the word Christians use for Jesus should remind us of the Jewish world out of which Christianity coalesced. Jesus was Jewish, and most of his first followers were too, and Jewish language was the language they had to describe him.

Maybe You Should Think About: Connected to the “maybe you should” from above, maybe you should think about this psalm in the context of our own political systems. Would you pray this kind of prayer for the president (or prime minister, or chief executive title of your choice)? Why or why not? Where does a line get crossed, if it ever does, in our supplications on behalf of our leaders?

What It’s About: This is Paul explaining himself–something he ends up doing a lot of. This is from 2 Corinthians, a composite letter with elements from an angry letter in which Paul defended himself vigorously, and also elements from a conciliatory letter in which he is expressing renewed affections with the Corinthians. So here, Paul is having to give an account of his behavior, but also an account of how he thinks judgement and forgiveness work. It’s the kind of thing you say when you know you’ve gone too far.

What It’s Really About: It’s really about salvation. Here, Paul is articulating something of a salvation theory. He’s explaining how it is that Jesus “saves” us, mostly there in 14 and 15. Somehow Jesus’ one death stands in for all of our deaths. How this is so, Paul does not elaborate, but he is so confident of it that he speaks of it in the aorist tense, which implies a completed action. It is already done; we have already died.

What It’s Not About: Verse 17 ought not control the whole passage, although it is a nice summation. But it holds a special status for me, because (like many) I heard these words as I came up out of the waters of baptism. They stuck with me, even at 13 years old, as especially powerful words.

Maybe You Should Think About: If it were me, I would skip this one for this week. It’s a fine text, but the others are so much more interesting. But that’s just me.

What It’s About: This is a kingdom parable–one of Jesus’ parables explaining the mysterious “kingdom of God.” This is how Jesus taught exclusively, according to verses 33 and 34–although John goes an entire gospel without Jesus ever telling a parable.

What It’s Really About: The mustard seed serves to illustrate the kingdom of God here. It’s the “smallest of all seeds on earth,” according to the text (it’s not really), and yet it can grow into “the greatest of all shrubs,” which is kind of damning with faint praise, if you think about it. But the parable is powerful: something grand and important can come from something meager and minor.

What It’s Not About: It’s not about factuality! The mustard seed thing–that the bible says it’s the smallest of all seeds, when it is not–is often cited as proof that the bible is inaccurate. The bible is inaccurate! Of course it is; it was written by a pre-scientific culture thousands of years ago. The bible is not trying to be accurate, in our post-enlightenment kinds of ways. It’s trying to tell you a parable about the kingdom of God.

Maybe You Should Think About: Paired with the 1 Samuel text above, this becomes a powerful story about earthly and Godly kingdoms. How do we think about our politics in light of this kind of teaching? How much connection is there between these two kinds of kingdoms? How can we be faithful people in the midst of a presidential election? We might as well start figuring it out now; it’s a long time until November 2016. 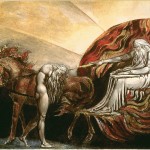 May 31, 2015
Gods and Kings: The Lectionary for the Second Sunday after Pentecost
Next Post 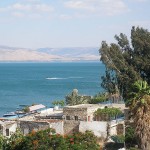 June 16, 2015 The Trials of David and the Doings of Jesus: The Lectionary for the Fourth and Fifth Sundays after Pentecost
Recent Comments
1 Comment | Leave a Comment
""Stark seems to reject this claim–that there was once a time when a great variety ..."
Garrett Debunking the Debunking: A Review of ..."
"Very interesting. Books like this are in the category of "pot calling the kettle black". ..."
MdeA Debunking the Debunking: A Review of ..."
"Eric: Thank you for your review of Rodney Stark's book.Would you be able to recommend ..."
Clarke Morledge Debunking the Debunking: A Review of ..."
"Those are the most ridiculous interpretations of the parables of Luke, I have ever read.The ..."
Arlene Adamo Lost and Sinful Things: The Lectionary ..."
Browse Our Archives
get the latest from
Progressive Christian
Sign up for our newsletter
POPULAR AT PATHEOS Progressive Christian
1