Dispatches from the Wild Goose: The Lectionary for the Eighth Sunday after Pentecost

Dispatches from the Wild Goose: The Lectionary for the Eighth Sunday after Pentecost July 11, 2015 Eric Smith 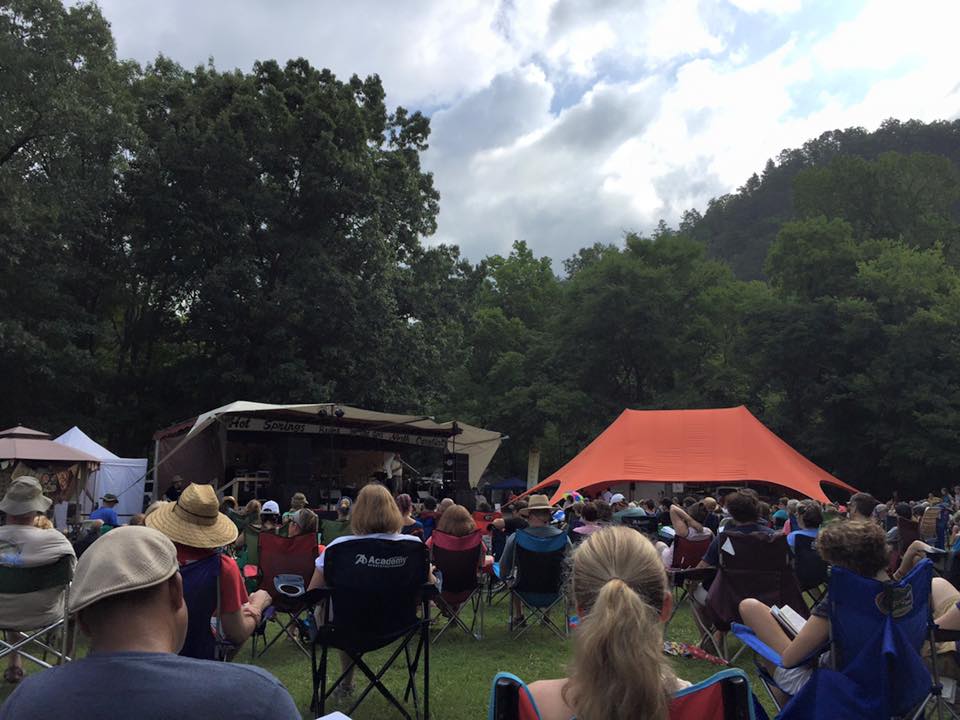 Rather than taking my customary approach to the texts, I thought I’d treat the lectionary readings as touchstones to talk about what I’m hearing and seeing here at the festival this year. The Wild Goose ought to be on the bucket list for any mainline and/or progressive and/or emerging/emergent/whatever person; it’s really a remarkable collection of ideas and experiences, and it’s a beautiful community in its own right.

So without further ado, here are the lectionary texts for this week.

Karl Barth, one of the towering theologians of the 20th century, often described God’s work in yes/no dichotomies. For Barth, this was a way to balance human freedom and divine sovereignty, and it made the very notion of “God” a meaningful one. Here in this passage from 2 Samuel, we see God saying both yes and no, to David and also to David’s descendants. David, having been ensconced in his palace in Jerusalem, began to wonder if his deity ought not have the same honor. And in a surprise twist, God’s answer was “no.” God, it seems, was quite pleased with the tabernacle, and had no need of anything more permanent just yet. But puzzlingly, God looks forward to a time when David’s descendants–we know that this is Solomon–would build a splendid temple. But the question of where God would live was taken out of the hands of David. Even thought he had big plans for what God’s house would look like, God said no to those plans, and yes to something more temporary and provisional.

The Wild Goose Festival is home to a lot of people who are wondering where God will live next. Some of us have big plans for building houses for God, and moving the divine presence right in so that we can have ready access. But the very metaphor of the wild goose evokes the myriad ways in which God cannot be domesticated. The spirit of God is unmoored from human needs and desires, and it flies about where it pleases. So the Wild Goose Festival is also about all the ways we go about chasing that spirit–over mountains and rivers, and through seasons and strange lands. The folks who tend to turn up at the Wild Goose are seekers, agitators, and refugees, but above all they are something like groupies–people who have followed God all over the place over the years. We are rather like Phish fans or Deadheads, following a band all over the country. Many people here have rich and varied pedigrees, winding through evangelicalism, fundamentalism, Catholicism, mainline Protestantism, and lots of other places.

Ultimately the Wild Goose is about the indomesticability of God. God is wild. God does not necessarily want a house, until God does. And God will dwell there a while and move on. The Wild Goose is a resting place for that untamed spirit, but don’t get too attached, because it’s only for a while. That’s a lesson David had to learn, and it’s something mainline Protestants are learning now. It’s no insult to see the Spirit move on–but it’s an act of cowardice not to follow.

Jeremiah is angry (well, God is angry) with those who have sent God’s people into exile. And this passage is a promise–that those people will not remain without a shepherd. Jeremiah is relating God’s promise to stay with God’s people, even when things don’t look so good.

The abiding sense I get at the Wild Goose is that I have stumbled into a reunion, or a hiding place, or a refugee camp for people displaced from other ways of being religious. There are people of all kinds here, but the common thread seems to be a dissatisfaction with more traditional religious systems. The prophets certainly understood this feeling; they are always railing against the shortfalls and perversions of traditional systems. But God does not fail where traditions fail; God simply finds new shepherds. That is the point of this passage from Jeremiah, and that is the promise of the Wild Goose Festival.

I never know how to feel about Ephesians. It sometimes reads like one of those chatbots that sometimes infiltrates a friend’s emails or Facebook pages–it can convincingly pretend to be your friend for a few lines, but then the facade starts to crack and it’s clear that it’s not really them. Ephesians sounds mostly like Paul, so much that you start to wonder if it’s really him, but then it starts to sound slightly off, like it was written by someone trying a little too hard to be Paul, and the illusion is shattered. Scholars lean, on balance, toward saying that Paul didn’t write Ephesians, but it’s by no means a sure thing either way.

This passage from Ephesians is about distinctions of ethnicity, which the author thinks are washed away in the new work God was doing in the life and death of Jesus. But the distinctions serve only to underscore the essential unity–Jewishness and Gentile-ness, and the marks thereof, serve only to be erased in time as God brings all people into the fold.

It’s interesting to walk around the Wild Goose Festival with an eye to denominations. Different branches of Christianity stake out spaces–sometimes officially and sometimes not. The Episcopalians are probably most notable in this regard, with a tent set apart for various conversations and liturgies. But there is a PC (USA) camping area, an Alliance of Baptists RV, a United Methodist tent, and several other factional outposts. These are almost like the houses at Hogwarts–the Hufflepuffs over here, the Slytherins over there.

But if there’s one lesson to be learned from the Wild Goose, it’s that the Christianity that’s coming next is markedly post-denominational. Other people are better positioned to describe this than I am, but it’s amazing how little denominational affiliations matter on the festival level. Some people are saying that American Christianity is re-aligning on the basis of theological disposition, so that progressive Methodists have more in common with progressive Presbyterians and progressive Congregationalists than they do with conservative Methodists. I think this is true, and at the Wild Goose you see this kind of realignment in action. I think the author of Ephesians (whether it was Paul or not) would have approved.

On a really surface level, this passage is about getting away from things and going to a “deserted place.” Hot Springs is not quite deserted (certainly not this weekend), but it’s also no booming metropolis.

I’ll end this post by noting how often Jesus’ ministry is marked geographically, especially in Mark, and how often those geographical markers relate to Jesus’ ability to work wonders. Getting away is important for Jesus, and it’s important for us too. The Wild Goose isn’t very deserted (to the contrary), but it does go a long way toward restoration. Here’s to all those seekers and wanderers who are being refreshed this weekend in the green mountains of western North Carolina. 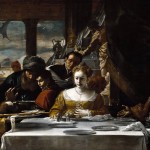 July 5, 2015
Dances and Grudges: The Lectionary for the Seventh Sunday after Pentecost
Next Post 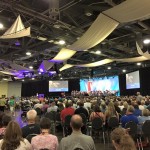 July 19, 2015 The Dangers of Power and the Power of Setting the Table: The Lectionary for the Ninth Sunday after Pentecost
Recent Comments
0 | Leave a Comment
""Stark seems to reject this claim–that there was once a time when a great variety ..."
Garrett Debunking the Debunking: A Review of ..."
"Very interesting. Books like this are in the category of "pot calling the kettle black". ..."
MdeA Debunking the Debunking: A Review of ..."
"Eric: Thank you for your review of Rodney Stark's book.Would you be able to recommend ..."
Clarke Morledge Debunking the Debunking: A Review of ..."
"Those are the most ridiculous interpretations of the parables of Luke, I have ever read.The ..."
Arlene Adamo Lost and Sinful Things: The Lectionary ..."
Browse Our Archives
get the latest from
Progressive Christian
Sign up for our newsletter
POPULAR AT PATHEOS Progressive Christian
1