The Trouble With Money: The Lectionary for the 19th Sunday after Pentecost

The Trouble With Money: The Lectionary for the 19th Sunday after Pentecost September 19, 2016 Eric Smith

What It’s About: The Jeremiah passage is about a real estate transaction–probably one of the most famous ones in the bible. Jeremiah has an opportunity to buy some family land–that’s what the language of “redemption” is about–and does so. This is perhaps not the best real estate investment strategy, but in the context of Jeremiah’s career it is a great expression of confidence in the future. The Amos text, meanwhile, is pretty standard Amos–decrying the rich and the comfortable. In some ways these passages mirror one another, with Jeremiah describing the desperation of people on the edge of annihilation and the small acts of hope that keep them going, and Amos describing the oblivious comfortableness of those who are about to be destroyed but do not know it yet.

What It’s Really About: Both of these texts–like much of the prophetic literature–presents a society under threat from external powers. Jeremiah was written during an especially dicey period of Judah’s history, when Josiah helped lead a revolt against the Assyrians (to whom they had been subjects). But Josiah was killed in battle soon after and Judah ended up as a vassal of Babylon. Hezekiah, in turn, led a rebellion against Babylon, ending in the infamous destruction of the temple and exile of the Israelites in 586/587 BCE. Amos, on the other hand, takes place a couple of hundred years earlier in the reigns of Uzziah (Judah) and Jeroboam II (Israel), as the threat from Assyria was arising–a threat that would eventually topple the northern kingdom permanently. So in both cases the character of society was brought into sharp relief, as people considered external threats and how to respond to them. This section of Amos is an invective against the casual luxury of the rich and powerful, while this part of Jeremiah is expressing hope in a coming restoration of Judah.

What It’s Not About: Both of these passages employ some selective reading. Amos skips over verses 1b through 3, which are comparisons to other nearby kingdoms (though the Hebrew is a little unclear there). Jeremiah skips over 3b through 5, which concern God’s intentionality in the process (“I am going to give this city into the hand of the king of Babylon, and he shall take it”) and the fate of Zedekiah (not good). This is the kind of stuff that the lectionary typically skips over, but it can be important to understanding the rest of the passage–especially in Jeremiah, where the missing text helps to make clear that this isn’t just something God is letting happen, this is something God is doing.

Maybe You Should Think About: This may be too “political” for many congregations, but it might be worth considering how these texts might speak to the American context in the present. (I always resent when people consider some topics “political,” as if religion weren’t always political, and as if all of scripture weren’t political in one sense or another. The bible and the Christian tradition are not politically neutral). There is a feeling among many, from Occupy Wall Street folks to #blacklivesmatter folks Trump supporters and Tea Partiers and Bernie Sanders supporters, that something has gone off the rails in our society. They don’t all agree on what it is, but there are broad sections of the American population that think that we are in some kind of crisis. These are two texts about crisis, and possible reactions to it. The two options here are 1) oblivious luxury (Amos), and 2) investment in a future you can’t see yet (Jeremiah). That’ll preach.

What It’s About: Speaking of politics! This passage from 1 Timothy is largely about money, and how money distracts from virtues like faith, love, gentleness, and so forth. Here the author seems to have in mind particular people in the community (“in their eagerness to be rich some have wandered away from the faith”) and the ways that the love of money has corrupted both the person and the community they were a part of. Interestingly, the section in 6:13-16 is a kind of recitation of tradition about Jesus, and this might have been a place where the author was quoting from a creed, a piece of liturgy, a prayer, or something similar.

What It’s Really About: The notes in my Harper Collins NRSV say that the saying in 6:10 (“the love of money is the root of all kinds of evil”) was a common saying within Greek philosophical traditions. That’s what this passage is playing on–just good, common-sense wisdom. There isn’t much specifically in here about why money ought to be viewed with skepticism, aside from generic claims that it is better to be content with what you have, and that greed is opposed to Christian virtues listed in verse 11. But this is the kind of wisdom that would have appealed and made sense to a wide variety of people, not just people already immersed in the Christian tradition.

What It’s Not About: I’ve made a point the past few weeks about how 1 Timothy (and 2 Timothy and Titus) are understood by most scholars to have been written by someone besides Paul, probably a bit later on, so I won’t rehash that here. But it’s worth noting that the message and character of this passage fits much better with an early 2nd century context than it does with a mid 1st century context like Paul’s. Concerns like wealth and community dynamics and traces of liturgy and more developed theology are part of the evidence that make scholars think that this is a later writer, and not Paul.

Maybe You Should Think About: This is from the closing part of the letter; there are only two concluding verses left after this passage. These are the author’s closing thoughts. Why put such strident language about wealth so close to the end? Why was this the kind of thing that belonged among the last things that the reader would see?

What It’s About: Yikes…this is a pretty powerful parable. It has it all: the ranting against wealth (echoing the passages above), vivid descriptions of social disparity, vignettes from heaven and Hades. It’s hard to read this and reconcile the words of Jesus with something like the prosperity gospel (and its modern prophets like Joel Osteen) who preach that God wants you to be wealthy and happy. Here, Lazarus suffers on earth and is rewarded in heaven, while the rich man feasts on earth and is tormented in Hades. This is a reference to the Deuteronomistic notion that you get what is coming to you, for good or for bad, and here Jesus is playing on that to uncover the hidden dangers of wealth.

What It’s Really About: This whole system that Jesus references–a heaven for those who have done well, a Hades (hell) for those who have done bad–is fairly new on the scene when Christianity arrives and takes it up. The Hebrew Bible doesn’t have this kind of system; in the Hebrew Bible there is a Sheol to which everybody goes. Sheol is the grave, a place of grayness and blah-ness kind of like Hades in Greek mythology. Likewise, Greek religious and philosophical thought usually had one afterlife for all, not a good one and a bad one depending on your earthly behavior. By the time of Jesus, however, this was changing, and Jesus is playing on this difference in the telling of this parable. I don’t know that we are supposed to take this too literally; Jesus is using the afterlife as a device to reveal the true nature of each man’s lifestyle. But this kind of language would have been confusing to both Jews and Greeks just a hundred or two hundred years earlier.

What It’s Not About: There is a tendency among some Christians to read a passage like this, and say, “oh, it’s callous wealth that you have to avoid. The rich man’s problem was that he didn’t pay attention to Lazarus and share his wealth with him, not that he was wealthy in the first place.” That’s a noble sentiment, but it’s worth noting that that’s not how Jesus tells the story. Wealth here is inherently dangerous; nowhere does Jesus say “if only you had just been charitable you could have been saved.” It is the disparity itself that is so dangerous. “Remember that during your lifetime you received your good things.” It’s a zero-sum game in this parable. You get it now, or you get it later, but you don’t get both. It’s pretty harsh.

Maybe You Should Think About: The Amos text, the 1 Timothy text, and this text form a pretty potent trio on the subject of wealth. Even if you’re only preaching on one of them, maybe it makes sense to read all three of them, if that’s not your church’s usual practice. Or, better yet, preach on all three, and talk about the trajectory throughout the bible of understanding wealth as an inherently dangerous thing. 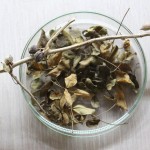 September 12, 2016
Balms and Kings: The Lectionary for the 18th Sunday after Pentecost
Next Post