Old Testament purity rules are badly understood, and a host of myths have surrounded them. Here I discuss three.

Though there is some overlap between “dirt” and “impurity,” the latter has a specific significance. If we take Mary Douglas’s definition of dirt as “matter out of place,” then the overlap is stronger. But Douglas’s definition assumes that impurity is a systemic issue, not a matter of “ickiness.”

Exodus 30:17-21 might be brought in as evidence to the contrary. Priests had to wash their hands and feet in the laver before they went before the altar or entered the tabernacle. That indeed suggests that dirt in and of itself is a defilement, and that the priests would have been unclean if they had failed to do this. Yet there is nothing in the Levitical law that requires lay Israelites to wash before approaching the tabernacle. Perhaps this was taken for granted, but the omission is significant. It indicates that if uncleanness is dirt, it’s a special type of dirt.

Not every type of gross material that we dirty “dirty” is unclean in the Levitical sense. Deuteronomy 23:9-14 requires the Israelites to dig a latrine outside the war camp, because Yahweh dwells in the camp and moves through it. Israel is not to leave any “thing of nakedness” exposed in the camp (v. 14). Yet a soldier who uses the toilet outside the camp and covers it up, will immediately return to the camp. He hasn’t been made unclean by feces or urination.

Nothing in the food laws suggests that foods are prohibited because of the dirty or unhealthy habits of the animal, or the unhealthy character of their meat. The pig is off limits because, though it divides the hoof, it doesn’t chew the cud. Sheep can be gross too, but they are not only clean but sacrificial animals.

Nor are other forms of impurity related to health concerns. Lepers are isolated and quarantined, it is said, to prevent the disease from spreading. There are several problems with this. Biblical leprosy is not the same as modern leprosy. It is more like psoriasis than Hanson’s disease.

Further, when a “leper” turns completely white, when he is completely covered with the white swelling of his leprosy, he is declared clean automatically (Leviticus 13:13). If the laws are concerned with contagion, it’s odd that the leper is pronounced healthy when his body is entirely taken over by the disease.

Myth #3: Israelites in a state of uncleanness were pariahs and outcasts, excluded from the daily run of social life.

Uncleanness prevents a person from approaching the sanctuary. It doesn’t prevent anyone from living a normal life. A woman wasn’t expelled from her home during her period, nor was she prohibited from contact with others. She and her husband could continue to sleep in the same bed, though they were prohibited from having intercourse.

Her husband would become unclean, as would most of the rest of her family. They would have to go through rites of cleansing, perhaps every night the woman was menstruating. It would be an inconvenience, especially if there were several adult women in the house (think Tevye). But there would be no ostracism, exclusion, or expulsion.

There seem to be some exceptions. Lepers are sent out of the camp (Numbers 5:1-3), along with all people with discharges and people contaminated by corpses, But the camp has a certain degree of holiness to it. The ark is in the midst, and Israel is organized around it. This isn’t a precedent for exclusion from daily life, but exclusion from the presence of God.

What about lepers after Israel entered the land. 2 Kings 7 indicates that the lepers were put outside the city. And this is perhaps implied by the law: A leprous house was dismantled and taken out of the city, so perhaps we can infer that a leprous person was also removed from the city. Behind that, perhaps, is the notion of a city as holy space.

And, finally, we can’t be certain that the treatment of lepers in 2 Kings 7 is just. After all, they are being excluded from Samaria, not Jerusalem, and Samaria is a city populated by idols. Perhaps the fact that the lepers are put outside the city is a sign of the injustice of the northern kingdom, which would only heighten the irony when the lepers save the city by discovering the abandoned Aramean camp. 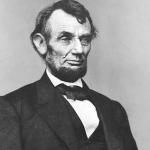 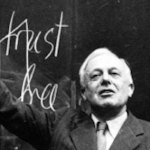 October 12, 2017 Speech on the Cross
Recent Comments
0 | Leave a Comment
"NOOOOOO 😭😭Z.2633K.US/ab4859Z"
Moon-Lily Tamar the Righteous
"here comes the brother.tr.92186.ME/DY4859Na"
Luna The Ghost Simplicity: Further Exploration
"wow! pretty fast, i must sayf.636WN.CO/Nq4859U"
joeman123456 The Hidden One
"I ship them, come at me however u want I don't care. I want them ..."
TheEventHorizon Tamar the Righteous
Browse Our Archives
Related posts from Leithart