Steven Duby (Divine Simplicity) addresses the sort of argument I offered in yesterday’s post. I quote a long paragraph (p. 148), with comments interspersed.

“One might contend,” Duby writes, “for a divine complexity that is necessary and irrevocable with no risk of divisibility. Such a hypothesis elicits several comments. First, complexity cannot be absolutely necessary but, at beast, hypothetically necessary. For the amalgamation of parts arises from an antecedent determination about those parts.” He quotes Thomas (Summa contra gentiles) in support: “if there is composition, it is from many; but, things which are many according to themselves, would not convene into one unless they were united by something composing.”

But the only way we know that parts are amalgamated by an antecedent determination is because that’s the way composite created things are composed. Thomas’s argument makes the same assumption: Multiple things are made into one only by a composing something; if the Lord were many, then He would be self-composing, and thus, impossibly, prior to Himself. But how do we know that divine multiples (e.g., multiple attributes) become one only by being united by a composer? As I said yesterday, the argument only works if “composite” is understood univocally; since “composite” as applied to created things cannot be attributed to the Lord, the term cannot be used at all. But why can’t “composite” be used analogically?

Duby continues: “Nor could a divine self-composition be enfolded into the absolute necessity of God’s self-willing. For if would required that God should cause himself to be what he is instead of simply delighting in his own goodness and perfection as in a tradition account of the divine will.”

Why can’t a God who is analogically “composite” delight in His own composite goodness and perfection? Why does “self-cause” need to enter into it? Again, it seems to enter because “composite” is being used univocally.

Duby continues: “One could claim that parts in God just are absolutely necessarily joined together, but this would mean propping up a necessity which seems to conflict with God’s definitiveness and ultimacy by placing him under a governing ontological framework.”

Drop “necessity.” One might say that God just is the composite being that He is, without being subjected to any real or theoretical necessity.

He also argues that “this would . . . run aground on the fact that, instead of underlying things that exist, modality supervenes on the intrinsic structure of those things. God is not God because he is ens necessarium; he is ens necessarium by virtue of what he is as God.”

On the hypothetical notion of “divine composite” in view, though, the last statement would still be true. As for the first claim, about modality: This again a note of univocity. Modality supervenes on the intrinsic structure of created things; why would we assume the same of divine being? Perhaps in God, modality and intrinsic structure are equiprimordial.

As I said in yesterday’s post, I’m not advocating the notion that God is composite. I’m pushing the issue to tease out the logic of divine simplicity. If these explorations have merit, they not only suggest that the defense of simplicity requires a “moment” of univocity but also hint that “simplicity” may simply be a way of marking the Creator-creature difference. 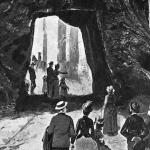