Jumping out of the Flying Ship: Resisting False Traditionalism 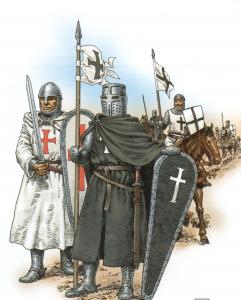 I was planning to write a blog post, or possibly a series, on “cancel culture.” And I still intend to. I want to write about some of the concerns I have with the way progressives use social shaming to short-cut substantive debate. I want to address the complex issues surrounding when it’s appropriate to resort to some form of “excommunication,” and when it’s important to remain in respectful dialogue even with people whose views we may regard as profoundly evil. And some day I plan to do that.

But today is not that day.

Today a FB acquaintance posted a picture of a young Canadian Catholic couple getting engaged in what appeared to be the side chapel of a Catholic church, in front of an altar with an icon over it. He is kneeling to put the ring on her finger. She has a mantilla–a lacy veil–on her head. They are obviously both deeply committed, traditional, pious young Catholics.

But my acquaintance also posted a link to the Twitter feed (of the future husband) from which the picture came. And while most of the responses were the enthusiastic congratulations one would expect, some were not.

Because along with being a devout, traditional Catholic, the bride is ethnically Chinese. And some vicious nincompoops on Twitter decided to make an issue of this. Apparently many of the vile responses have been deleted, but two remain. One, from a person with the grandiose alias of “Imperator” and the Twitter handle @GalacticRome, reproached the happy fiancé for “throwing his genes down the toilet.” Another, from the more Germanic-sounding “Wulfsige,” accused him of being a “race traitor” and announced that “race mixing is bad.”

So OK. There are at least two racist nuts on Twitter who happened across this guy’s feed and decided to harass him. Unfortunate, but is it a big deal?

Lovers of the Crusades and haters of decadence

Here’s the thing. Both of these wretched scoundrels brag about their Catholicism on their Twitter pages. Imperator describes himself thus: “White guy. TradCatholic. Lover of the Crusades and Western Civilization. The Universe is our destiny.” Wulfsige describes himself, even more chillingly, as “Völkische Catholicism.–Anti-decadence–European traditionalist and nationalist.” Lest there be any doubt what he means by this, he has a profile picture of blond young men who appear to be Nazis.

People who watch the traditionalist Catholic scene more closely than I have been warning for a while about a rising tide of racism and neo-fascism among young traditionalist Catholics. Rebecca Bratten Weiss, my fellow blogger and channel manager here at Patheos Catholic, has been writing about this for some time. She is particularly concerned, and rightly so, about the prevalence of anti-Semitism in these circles.

I’ve run into a number of young traditional Catholics who admire Franco and hanker for an “integralist” Catholic regime. I’ve seen them defend the execution of heretics. I’ve seen them argue that colonialism was good on the whole because it made people Christians and thus saved their souls. I’ve seen them engage in vicious anti-Semitic rhetoric cloaked in a religious guise. And of course I’ve seen lots of Catholics (and other Christians) deride the BLM movement as anti-Christian and Communist and use “black on black crime” as an excuse for not joining in the protest against the devaluation of Black lives by the police. But in all of these instances the people making these arguments at least were making some kind of appeal to traditional Christian theology and ethics, however badly conceived it might be and however vile the prejudices that theology is being invoked to cover.

If this young Catholic man had been marrying a Muslim or a Hindu and had gotten criticism for it, I would say that the critics were being rude, boorish, and tasteless. I would say that any potential problems with an interfaith marriage were something for him and his future wife and their respective spiritual advisors to work out, and not for Twitter to pontificate about. (I’ve gotten enough flak from some Catholics for being married to an Episcopal priest. Since they surely aren’t advocating divorce and wouldn’t have advised me not to become Catholic, I’m never quite sure what they think I should have done. Perhaps they think I could somehow force her by my husbandly authority to give up the vocation to which she feels called? If so, that’s a whole other problem to talk about another time.)  But in those cases I would at least have understood why over-zealous, ultra-conservative people might react this way based on their understanding of the Faith.

The blatant racism of “Imperator” and “Wulfsige” is vile heresy and idolatry. It is condemned by the Church. It is not remotely faithful to any genuinely traditional version of Catholicism. It is a modern, secular ideology which these misguided wretches somehow twist into an affirmation of “traditional Catholicism.”

The future of Catholicism?

A lot of traditional Catholics are very smug about the alleged appeal of their version of Catholicism to the young. But if this is what the future of Catholicism looks like, we are all in big trouble.

I know that, in fact, there are lots of young traditionalists who do not think like this. In fact, the young couple whose engagement touched off this storm of bile appear themselves to be traditionalists of sorts.  What is tragic is that this may be precisely why they got the reaction they did. After all, interracial marriages happen all the time. But these racist “traditional Catholics” were particularly triggered by this one, it seems, because they identified the man as potentially one of their own: a young white male Catholic of a highly traditional form of piety.

It is not the true king who has come home

Perhaps my favorite among the novels of G. K. Chesterton is The Ball and the Cross. For much of the novel, the devoutly Catholic young Highlander Evan MacIan and the atheist bookseller Turnbull have been wandering through England (and slightly beyond) in search of a quiet spot in which to have a duel to the death about the existence of God. In the process, they learn to respect each other. They are, after all, the last two people in Britain who really care about the subject one way or the other. Toward the end of the book, they are both imprisoned in an insane asylum, where each of them has a vivid dream in which they are offered everything they think they want, but in a form they recognize as a temptation.

In MacIan’s dream, a being professing himself to be an angel takes him in a “flying ship” to see what purports to be the return of true monarchy and divine hierarchy to Britain:

That which has returned is Stuart and yet older than Stuart. It is Capet and Plantagenet and Pendragon. It is all that good old time of which proverbs tell, that golden reign of Saturn against which gods and men were rebels. It is all that was ever lost by insolence and overwhelmed in rebellion. It is your own forefather, MacIan with the broken sword, bleeding without hope at Culloden. It is Charles refusing to answer the questions of the rebel court. It is Mary of the magic face confronting the gloomy and grasping peers and the boorish moralities of Knox. It is Richard, the last Plantagenet, giving his crown to Bolingbroke as to a common brigand. It is Arthur, overwhelmed in Lyonesse by heathen armies and dying in the mist, doubtful if ever he shall return.

When they get to London, they find that St. Paul’s Cathedral (the central image of the novel) has been transformed. The cross at its top stands alone, with the ball representing this world no longer to be seen. Around the cross stands a ring of knights with bared swords. The city has become a sort of neo-medieval utopia with commoners in colorful clothes being supervised by armed knights on horseback.

And then MacIan notices a small act of injustice: a knight who strikes an old peasant with the flat of his sword because the old man does not get out of the way soon enough. And when he remarks on this to the supposed angel, the angel shrugs and says: “Discipline for the whole society is surely more important than justice to an individual.” MacIan responds: “I saw on your mouth the twitch of your infernal sophistry; I knew that something was wrong with you and your cathedrals. Something is wrong; everything is wrong. You are not an angel. That is not a church. It is not the rightful king who has come home.” And, renouncing the fulfillment of all his dreams, he leaps out of the flying ship, which he now knows to be piloted by Lucifer himself.

I first began seriously investigating Catholicism in my 20s, while a grad student at Duke in the 1990s. I prayed the Rosary with a group of earnest Catholic undergrads in the basement of Duke Chapel. We all thought that most of the priests in the Diocese of Raleigh were far too liberal and didn’t care about authentic Catholic Tradition. We loved the Middle Ages. We loved old things and old ways. We longed to see them return. At least I did.

The racist jerks on Twitter who reviled devout young Catholics for entering into an interracial marriage, while themselves bragging about their “traditional” Catholicism, are only the tip of the iceberg. Only a few, as yet, go as far as that. But in many more respectable places we can see, if we are attentive like MacIan, the twitch of infernal sophistry: the idolatrous conflation of a self-serving, egotistical cultural nostalgia with authentic Catholic faith, and the callous disregard for human life that always comes with such an inflamed and disordered nostalgia. If the broader movement of revival of Catholic tradition was not infected by this sophistry, it would not be so appealing to neo-fascist rascals.

And so we must learn to be attentive. We must learn to watch for that twitch, for the moment when love of tradition becomes disregard for human beings. That is always the sign that it is not the true king who has come home.

And we must, if necessary, jump from the flying ship which we hoped would take us to the fulfillment of our dreams.

August 5, 2020 Vatican II and the Hermeneutic of Continuity
Recent Comments
1 Comment | Leave a Comment
Browse Our Archives
Related posts from Light in the West

One response to “Jumping out of the Flying Ship: Resisting False Traditionalism”