How To Heal A Broken Heart Pt. 3: The Lonely Heart

One of the greatest diseases is to be nobody to anybody. – Mother Teresa

Some of the most difficult periods of my life were several years after my divorce when I was living on my own, far away from my friends and family. I would drive home from work each evening with a growing ache in my heart. I could barely bring myself to walk through the front door again because I knew there would be no one there to greet me; it would be another night all by myself.

I never ate dinner… what was the point in cooking when I had no one to cook for? I would stay up very late, and most often fall asleep on the couch because I couldn’t bear going upstairs and getting into bed by myself again. I would lie awake with a deep sadness and think, “Will it ever get better? Lord, will you help me to see this through your eyes because I can’t see anything good through my own?”

I hated being alone, but despite this cross I had to bear, I knew I couldn’t allow it to consume me or drag me down completely. I needed to focus on something other than my loneliness, so I tried to do different things to direct my attitude in a good way. I tried to identify and focus on the positives in my life. Sometimes, the positive focus was as simple as acknowledging the fact that I was a healthy person. I could breathe, I could see, I could walk and I could go anywhere I wanted. This helped a bit, but something helped even more…

I thought seriously about how years before all this had happened, I had watched my grandmother suffer and die from pancreatic cancer. It was a horrible disease that settled and spread quickly. I saw her go through the various stages of this terrible disease . . . losing her hair, losing her independence and having to live in a wheelchair, losing control over her bodily functions—everything from having to have someone bathe her to not even being able to feed herself.

She suffered through the intense physical pain and sickening side effects of her treatment. I watched her drift in and out of dementia until she was no longer able to recognize her adult children. They, themselves, were suffering tremendously as they cared for their dying mother.

My grandmother always had a tremendous faith and I remembered how, at the beginning of her illness, she, of all people, was the one who comforted me and those who came to visit her. She told me not to be afraid and to understand the value of suffering. She said she would offer it all up for others—for the salvation of souls, for a friend she knew who had been depressed over losing her son in a car accident, for her own children and grandchildren; the list was endless. There was always someone out there suffering or in trouble who could benefit from her offering. I was in awe of her, wondering how a woman who was in such intense pain could be thinking of others and not be completely focused on herself.

And as I contemplated these memories of my grandmother, I realized that now, in my suffering, I had the chance to do the same, to make it meaningful and give it some eternal value. I didn’t know if I could actually do this nearly as well as my grandmother, but I did know that as I tried to think of people who needed my offering, I actually had to sit down and make a list of their names because there were so many people I knew who needed help.

I began to offer any suffering I may have had for people I knew, or even for more general intentions, such as for the souls in purgatory or for the victims of natural disasters. I knew these people I prayed for would benefit whether I could see it happen or not, but the most amazing thing about this was that I benefited tremendously.

In a very subtle way I began to change. My heart grew more patient and more compassionate, and I began to realize how much I complained about things, even little things. I began to make peace with life and with others and my love for God grew. My troubles did not disappear overnight, and I still had a lot of work to do on myself. But, I found a great sense of gratitude toward God for all that he allowed me to learn.

During these lonely years of my life, I remembered the example my grandmother gave to me, a priceless gift that made my cross bearable. In time, that period of loneliness was replaced with new relationships, both friendly and romantic.

If you are struggling with loneliness because of your divorce, I understand your suffering and I am truly sorry. Loneliness is one of the most difficult crosses to bear. But I encourage you to offer it up for the benefit of someone else who is suffering and bring meaning to your suffering. I believe you will find the experience quite transformational. 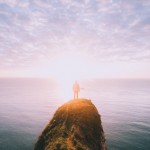 May 5, 2016
6 Unusual Ways To Experience God's Love When You're Filled With Doubt
Next Post 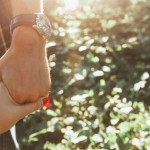 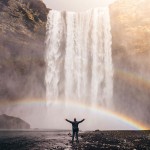 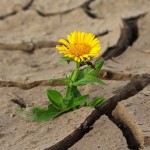 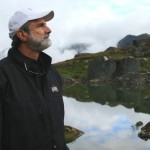