Revelation and the Open Canon: A Process-Relational Perspective on Mormon Theology 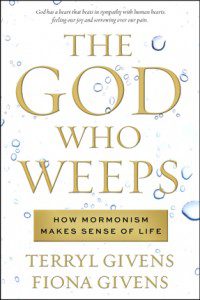 For many Christians, it goes without saying that God’s ultimate and final revelation is contained in the words of Scripture, the Old and New Testaments. Nothing needs to be added for our awareness of God, doctrine, or spiritual edification. They believe that all further revelation is qualitatively inferior and different in kind from holy scripture- an elaboration on God’s word spoken through the authors of scripture. The holy books of other religions and the insights of Christian and Jewish mystics and social reformers pale by comparison to biblical truth. Any addition to scripture is seen as heretical and worthy of condemnation, after all, as the bumper sticker states, “The Bible says it. I believe it, and that settles it!”

In their introductory text to Mormonism, or the beliefs of the Church of Jesus Christ of Latter Day Saints, The God Who Weeps, Teryl and Fiona Givens assert that God’s “word and will are made manifest in a scriptural canon that is never definitively closed.” An open canon enables Mormons to affirm three sacred writings in addition to the Bible: The Book of Mormon, The Doctrine and Covenants, and The Pearl of Great Price. While I cannot assess the wisdom or insights of these texts, I believe that it is plausible and necessary to assume that important divine revelations are found in a variety of texts as well as in lived human experience.

As a process theologian, I affirm the universality of revelation. God is present in every moment of experience. While most moments have few religious messages, on occasion a synergy between God’s call and our response awakens persons to a deeper knowledge of God’s vision for themselves and the world. Surely this was the case in the writing of the Gospels, the prophetic writings, and the epistles of the New Testament, to name a few. Yet, we must remember that divine inspiration was present at every stage of the process, including the oral traditions, the process of writing, the written word, and the spoken or read word. If revelation is universal, then biblical revelation may only be different in degree – and that would not necessarily apply to all of the bible – and not different in kind from other inspirational literature. Because God seeks beauty and wholeness, every divine revealing has the potential of becoming a spoken or written revelation.

The closing of the scriptural canon was ambiguous in nature. On the one hand, it served to give an identity to the emerging Christian movement as well as protect its faith in the incarnation and the holiness of embodiment from those who scorned the “world made flesh” and saw the world as a prison house and impediment to spiritual growth. On the other hand, the establishing of only one definitive text stifled alternative visions of God, human freedom, and the goal of life and as a side effect promoted monolithic understandings of scripture and persecution of those who deviated from majority (orthodox) understandings. The power to interpret scripture became resident among the few – scholarly priests, popes, and those who held that scripture was inerrant in nature.  All other interpretations were silenced or critiqued as heretical deviations from the one true faith.

Let me suggest a more fluid and dynamic understanding of revelation. If God is omnipresent and constantly seeking to reveal God’s vision to humankind, then the canon must, in principle, be open. While the Bible serves as a guide to divine revelation, it cannot be final either chronologically or spiritually. As the United Church of Christ proclaims, “God is still speaking” in human thoughts and emotions, in social transformation and hospitality, in the highest expressions of culture, science, medicine, and religion, and in the creation of new stars and galaxies. New insights are constantly emerging in the interplay of divine wisdom, human openness, and historical events. For example, we must now understand the Genesis stories in light of our understanding of the big bang and photos from the Hubble telescope. We must also understanding prohibitions related to homosexuality in light of contemporary medical and psychological insights as well as current contextual biblical scholarship.

Revelation continues, but note that any revelation is finite and perspectival. All revelation is time bound and historical and expressed in terms of the world view of 1st or 21st century people. Moreover, the receivers of revelation themselves are limited by their beliefs, science, and social location. Not all biblical passages are created equal!  Nor are all spiritual documents equally insightful or illuminating. Scripture does not fall from the sky or emerge from the earth, finished and complete. Even Joseph Smith’s reading of the formative Mormon revelations were colored and shaped by the spectacles he wore! We do not require a perfect revelation but one that is good enough to transform our lives and open us to experiencing God’s saving grace. Scripture itself is never finished insofar as laypersons and scholars discover new insights and understandings of ancient texts. Today, divine inspirations are still colored by human finitude, imperfection, and standpoint; they point to God but cannot be fully identified with God’s vision.

We can never close the book of revelation, although we should be careful in granting equal revelatory power to all parts of the Bible or other scriptural texts. Further, the finite and limited nature of scriptural revelation is a challenge to read scripture with humility, to see yourself as part of the scriptural stories, and to trust that God’s word and wisdom speak through the finite words of scripture.

In conclusion, there are no grounds for barring the doors of revelation to texts such as the Book of Mormon. Surely, God was also inspiring authors such as Dante, Tolkein, Lewis, and Tolstoy. Moreover we can catch glimpse of divinity in Plato, Alfred North Whitehead, Julian of Norwich, Hildegard of Bingen, and philosophers and mystics on every continent.

The bible remains the spiritual compass for Jews and Christians; but the bible is not alone in revealing God’s guidance for the human adventure. It must be dynamically integrated with new insights from culture, theological reflection, science, spiritual experiences, and reason in dialogue without God’s own creative and ongoing presence in the world. God is still speaking, revealing, and enlightening.

For more on The God Who Weeps, including a book excerpt and responses by other Protestant, Catholic and Mormon bloggers, visit the Patheos Book Club here. 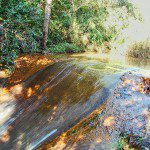 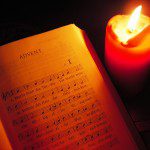 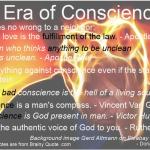